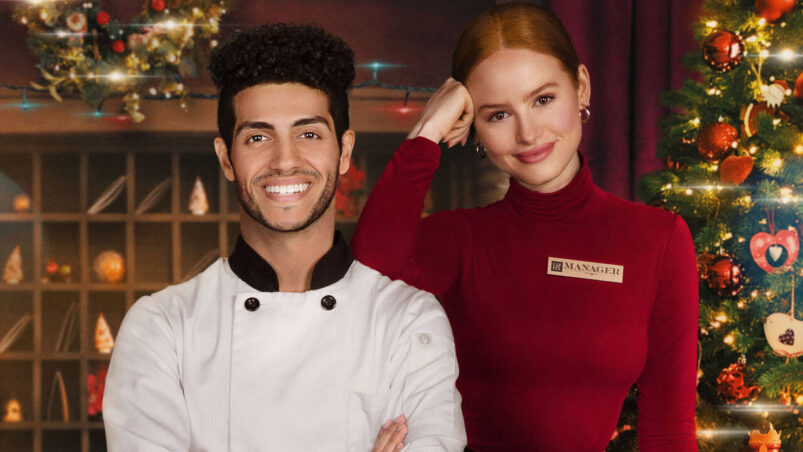 Hotel For The Holidays

Georgia’s (Madelaine Petsch) the manager of the charming but old hotel Fontaine. She’s always running around trying to troubleshoot or cover up a crack in the wall with a glittered-up poster. She’s tired of having to manage something that’s perpetually falling apart, and pitches opening a modern sister hotel to the owner. But if she wants to run it, she’s going to need to bring in some money. Georgia doesn’t have the means, but luckily, a former prince (Max Lloyd-Jones) just checked into the hotel, so Georgia’s hoping to woo him to invest in this new hotel. She has to keep things on the down low though, as she doesn’t want the other employees finding out.

Mena Massoud plays Luke, the head chef at the Fontaine who’s secretly pining after Georgia, well, it’s merely a secret to her, since everyone else is pretty aware of his feelings. He even prepares lunch for her everyday, though I had to laugh when he brought out a sandwich for her to eat. I’m sure it’s an amazing sandwich, and it’s probably a practical choice since she’s constantly busy, but to unveil a sandwich beneath a cloche is just the funniest thing.

Hotel For The Holidays has a bunch of other plotlines – a dog owner healing after divorce, a pop star looking for inspiration and a bunch of other love stories. It does make the narrative fairly busy, taking attention away from the central romance. I found myself more invested in AJ (Morgan David Jones) and Hunter’s (Aldrin Bundoc) storyline after AJ’s dog Dickens goes missing than I did with the whole will-they-won’t-they situation between Georgia and Luke.

Petsch and Massoud are solid, charming actors, and I wish that they were in a movie that utilised that more. Georgia and Luke spend so little of the movie together, and we never quite get why Luke hasn’t confessed all these years. What’s holding him back? Is he afraid she doesn’t return his affections, or maybe worried that their relationship might get in the way of their working relationship? There’s never really much clarity on this. Also, the staff aren’t very nice to Georgia once they discover her plans, and it sucks that her pursuit of her ambitions come across as some betrayal.

In typical Christmas movies, the female protagonist chooses love over her big city dreams and career. I wish Hotel For The Holidays charted another course, one more authentic to Georgia’s characterisation, instead of a contrived conclusion just so the movie could sell us some Christmas magic. Christmas magic isn’t as palatable when it doesn’t come from a genuine place, where everything’s so manufactured and artificial. Christmas cheer needs to be earned, so does romantic pay-offs, and this movie doesn’t quite deliver.

READ NEXT: Ranking the Jaws Movies From Worst To Best 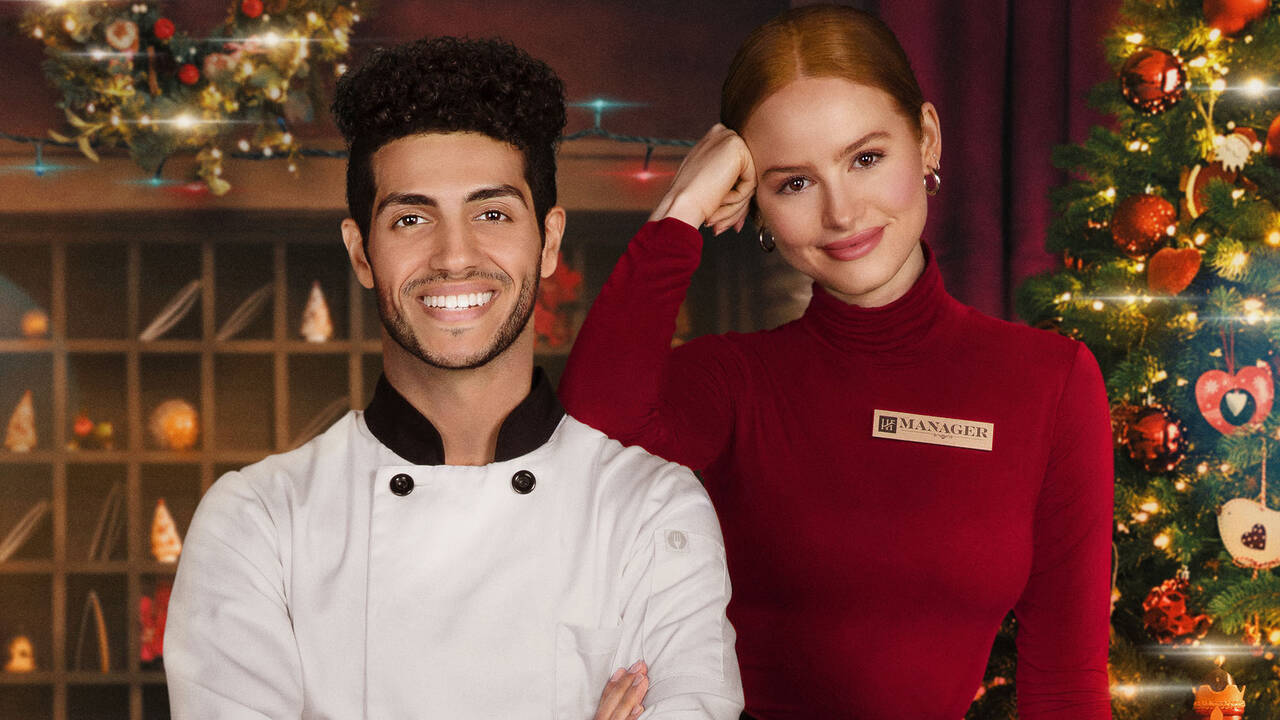 Verdict
Hotel For The Holidays is trying to do some kind of Love Actually set up, with a bunch of plotlines thrown into the mix, and none really paying off.
3
Cultured Vultures is a pop culture website established in 2013 covering all things gaming, movies, and more. We eat your words.
All The News On The Biggest Games