About time we Feast our Eyes. 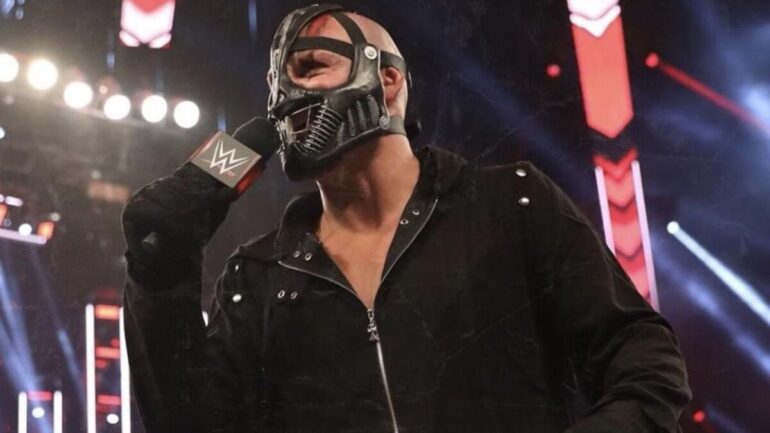 Triple H has not been shy about switching things up as part of his new regime in WWE. Not only has he brought back former NXT release stars such as Dexter Lumis, Karrion Kross and Scarlett, but he is also now looking to re-package one of his former prize stars. Dominik Dijakovic didn’t really have the best main roster debut as he appeared as part of the Retribution faction, which has since gone down as one of WWE’s biggest failures from the past few years.

Being repackaged as the masked T-Bar, fans didn’t really get to see the Dijakovic that everyone had come to know and love as part of the NXT roster. The big man was restricted to having to wrestle in a mask and also not perform with the hybrid style that he had perfected on both the indies and in NXT.

The Retribution faction came as quickly as it went, but luckily for T-Bar he managed to stick around as part of the Main Event portion of the show. Vince McMahon obviously saw something in T-Bar, most likely because of his size and his stature, but nevertheless he was relegated to performing in matches which barely anyone saw. However, this did in fact work to his advantage.

Some of T-Bar’s most recent main event matches have been received really well by the live audiences. Fans really took to his wrestling style and recognised that he was trying his absolute hardest to make these matches go beyond just the live audience. T-Bar also acted as almost a gatekeeper for the main roster, with the likes of Pete Dunne and Tommaso Ciampa debuting early this year, so there’s no doubt that there was something waiting for him in the future.

But now, under Triple H, it seems that T-Bar is no more, as Triple H seeks to repackage Dominic Dijakovic as something a little bit more akin to what he was in NXT. Perhaps in the very near future we will be able to feast our eyes on an incredible heavyweight specimen that does things only the Cruiserweight performers can do. With such fantastic matches, such as his series against Keith Lee in NXT, here’s hoping that Dominic Dijakovic will be able to shock audiences with incredible five star performances on the main roster.