The World War Z Game Is Much Better Than I Thought

It may actually be better than the movie it's based on, but that's really not saying much. 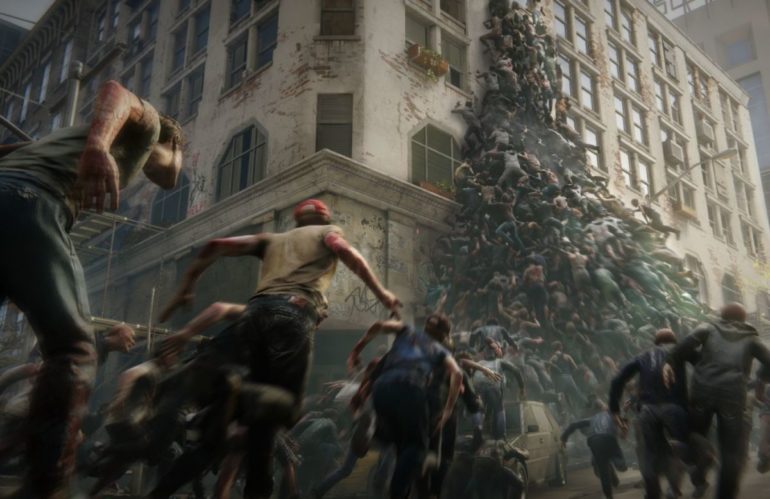 When I first heard that Paramount were teaming with Saber Interactive to release a video game adaptation of World War Z, my first thought was a pretty straightforward one: Why? And why not five years ago? It was then immediately followed by a memory of AngryJoe being asked if he wanted to play another zombie game and getting more and more exasperated each time.

As someone who adores all things zombie, even if I have maybe wasted too much of my life consuming undead garbage for my own health (“Yeah, but in this one they come out of volcanoes!”),  the original announcement did nothing for me, even as someone who was morbidly curious in that David Fincher World War Z sequel that never came to pass. But I kept tabs on its development and noticed an fun-looking yet disposable game forming over time, one that could be what Overkill’s The Walking Dead could not: enjoyable zombie bashing. 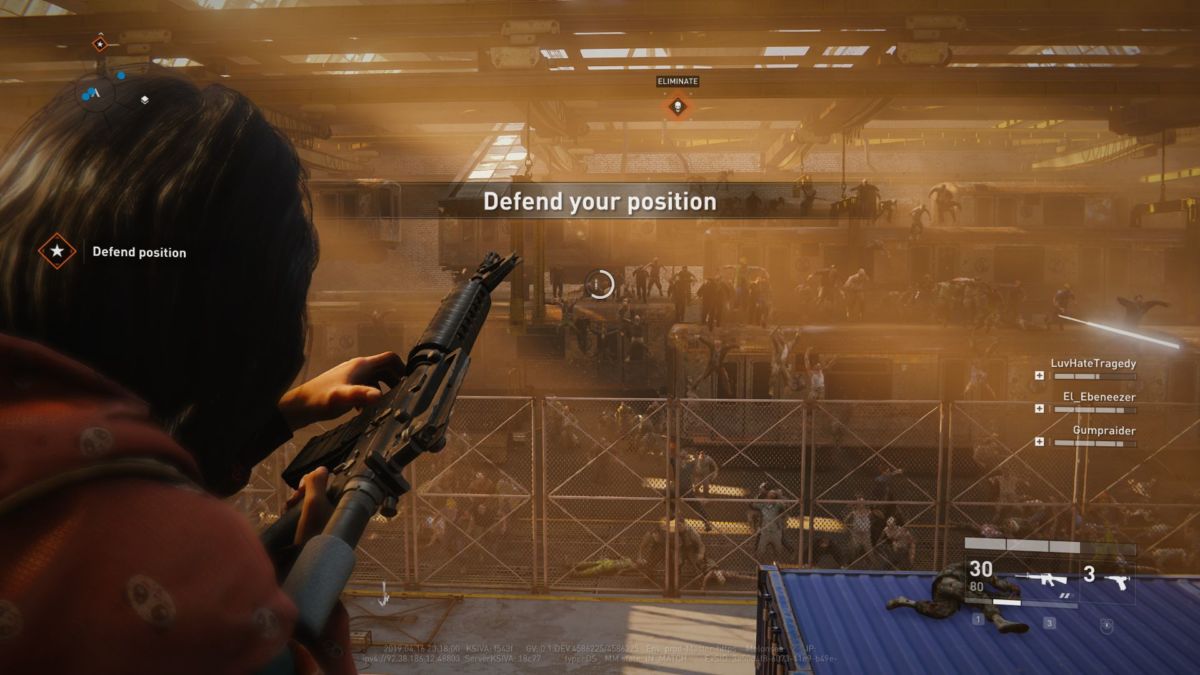 In the two hours or so I’ve spent with World War Z so far, I’ve already had a much better time than I ever did with Overkill’s miserable exercise, and that’s because World War Z throws everything it has at the wall and doesn’t seem to care if at all sticks. It’s refreshingly dumb and chaotic, kind of like the game you would rent from a Blockbuster with your friends for a weekend. We need more games like that.

World War Z splits itself into four campaigns with each telling the story of different people in countries across the world who are in the midst of the zombie outbreak seen in World War Z, sans the gratutious Pepsi swigging of the movie. The zombies are fast and numerous; those who didn’t forget the Jerusalem sequence from the movie in a hurry will be happy to know that zombie towers happen often here, and are always satisfying to bring down. 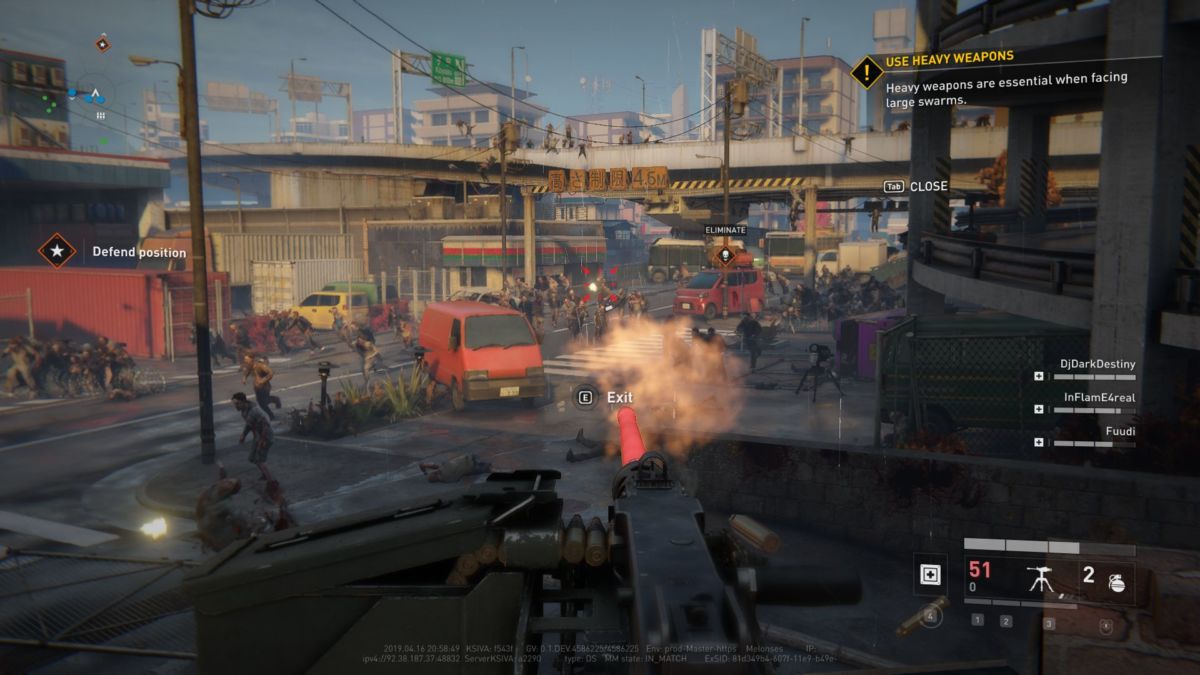 The cast of characters is diverse with each member of a four-man squad being able to pick a specific class. Based on what I’ve played so far, almost everyone picks Gunslinger or Medic as there just doesn’t seem to be too much cause for any of the others. Gunslinger gives hugely helpful grenades to clear out the swarms whereas Medic gives you a Medkit from the off and a Stim Shot to steel yourself. I might need to experiment with the others, but I honestly feel no need at this point.

Weapon-wise, World War Z is surprisingly robust with an almost unnecessary amount of choices that range from assault rifles to shotguns and even chainsaws, though the latter are categorised as “heavy weapons” and have finite uses. You find them scattered randomly throughout levels in crates and can really help you to cause havoc against swarms, and are just generally a tonne of fun to mess around and cause destruction with. 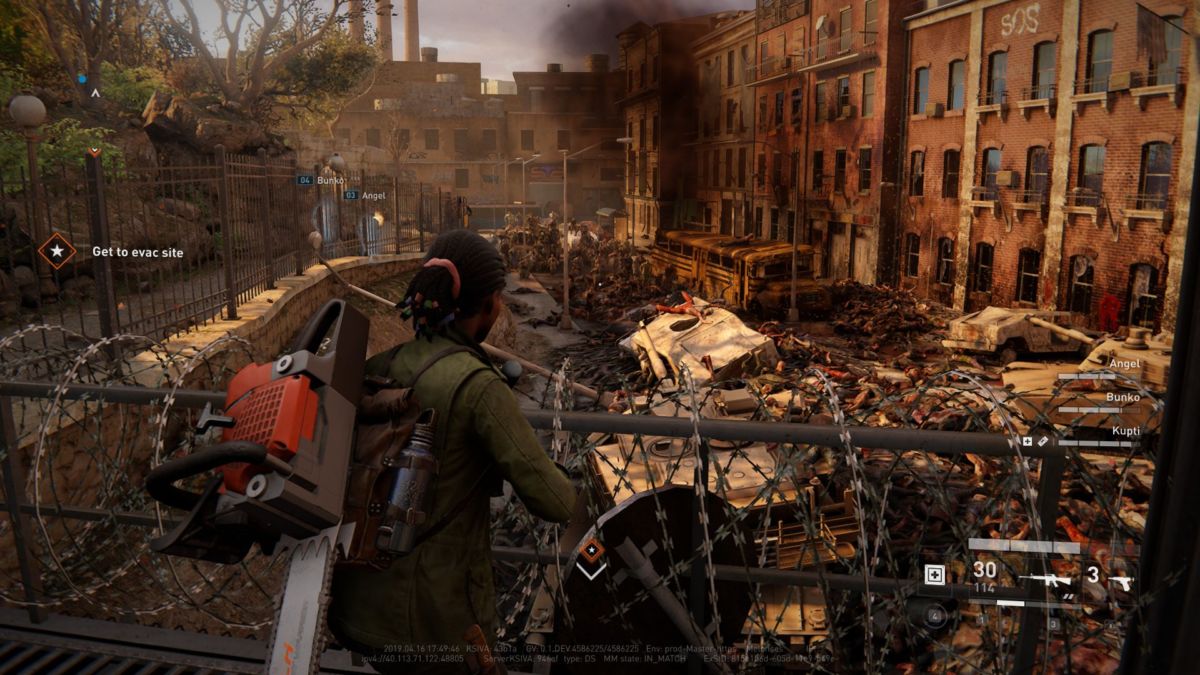 As for the zombies themselves, they don’t pose much of a threat on their own. In fact, I’d say that World War Z as a whole is not too tricky a game: I’ve only ever failed once and that was because a timed objective was too hard to get to. When you have a big swarm of bitey boys on their way towards you, though, it leaves a knot in the stomach that you will have to quickly untangle to stay alive. It’s plenty cathartic to sit on a machine gun and pepper away at them, and I don’t see that ending any time soon. There’s a satisfying sense of feedback when you land a headshot too, or cut a swathe through a swarm of zombies.

The longevity of World War Z will no doubt be dictated by who you play with. The randoms I played with weren’t too communicative, the only time I directly engaged with them being when one became stuck in the scenery and had to be kicked for us to move on. I am expecting to play with fellow Vulture Darryl, who I imagine will be as bad at killing zombies as he is at out-building young children in Fortnite. There’s not a huge need for gun skill in World War Z, but it certainly pays to have quicker reflexes. 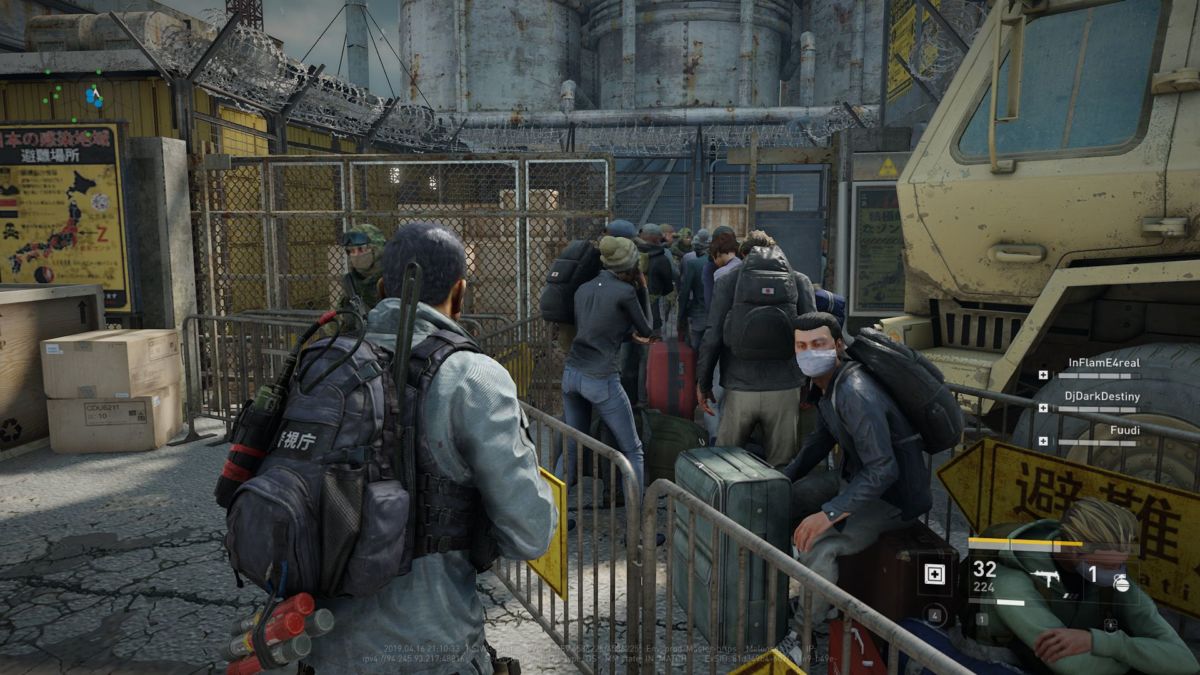 In terms of what else will keep you playing, there does seem to be a fairly stilted progression system in place that rewards you with unlocks and then makes you pay for them with reward points. As you only seem to get 150 points for finishing a level and most of the better upgrades cost above 500, there’s going to be a lot of grinding for incremental reward. Still, if World War Z is going to be a game that you zombie out with with friends rather than something to really test you, a slow and steady system like this doesn’t matter so much, especially when the upgrades are not that game-changing.

I still have a ways to go with World War Z, but I am already very pleasantly surprised by it. To be clear, it’s never winning any awards and the comparisons to Left 4 Dead may be too unavoidable for some (basically any squad shooter with zombies will fall into that category, to be fair), but World War Z is a light and breezy shooter that you can take a bite out of for a budget price.

Still waiting on Jack from Lost to appear for all of fifteen seconds, mind you.