Destiny 2 is putting a spell on its players all over again. 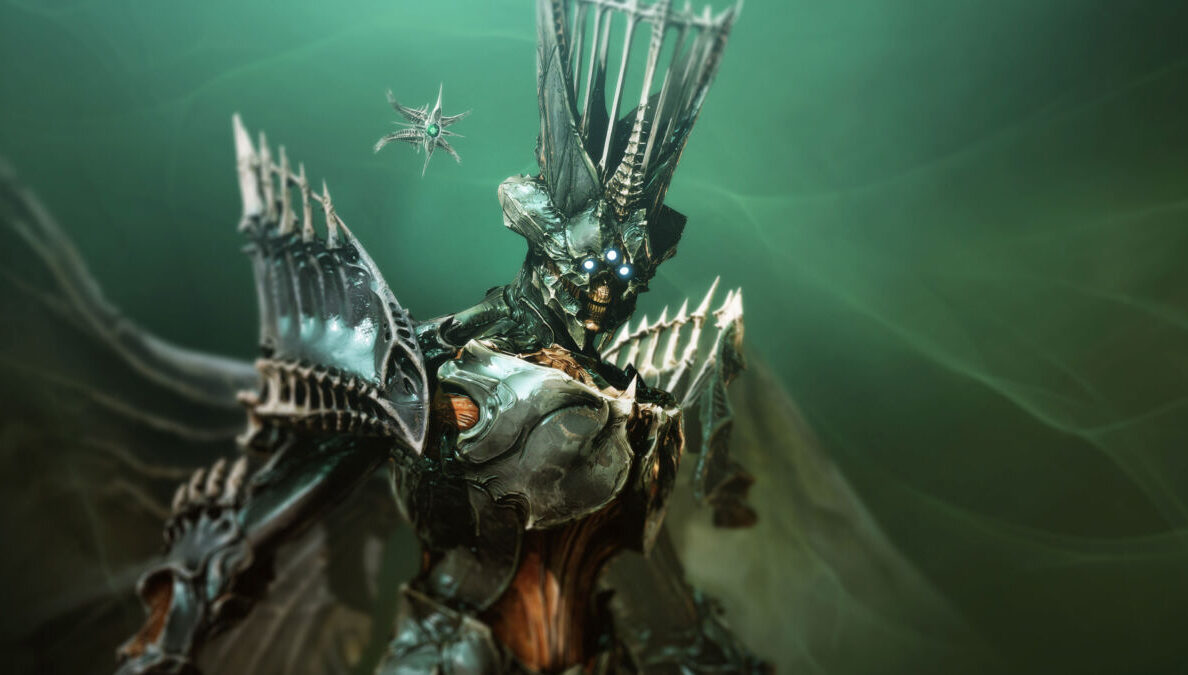 Ever since the first major Bungie showcase after going independent, the future of Destiny 2 has been brought into question on more than one occasion. After a rough couple of years during the Shadowkeep era from late 2019 through 2020, Bungie was finding their footing across Destiny 2 at large.

And it showed. There were signs Bungie wanted to evolve how the game worked as a cooperative and competitive shooter with a sort-of MMO type of activity variety. After a rough year of trying to get the game in a good place, everything changed radically for quite a few of us, including Bungie.

Now, after roughly nine months of things shaping up, Destiny 2 is setting off on a whole new direction — and the future only looks brighter than before.

After news of a large-scale expansion of the studio as a whole to not only work on Destiny games, but also a brand new IP thanks to a cash investment from Chinese publisher NetEase in 2018, Bungie has been improving on all fronts. Criticism against the expansion’s issues with things such as balance in PvP and a lack of item variety was sharp and sometimes deserved throughout Beyond Light’s lifecycle, but Bungie has mostly addressed them with a focused response to make sure that things can only improve. Realistically, what has needed improvement was never a thing to fix in the short term, like an improvement to the competitive Crucible modes in general, more varied rewards from activities, and the desire from players to always have something to do, rather than getting leveled up and having nothing to do with all that loot you found.

With a new expansion, The Witch Queen, coming in February 2022 following a delay from fall this year, the future only looks bright while perhaps the darkest expansion comes bearing down on us.

With the unveiling of The Witch Queen, not only has Bungie started to turn the plot at large on its head, they have promised for some radical changes to the overall game in general. Thanks to the introduction of the Glaive weapon archetype, not only are players getting a first-person melee weapon, we also get to craft weapons in general now.

Since teasing something new by previewing a set of armors for each of the three character classes, players were left wondering if this was either a teaser for new elemental subclasses involving Alchemy in some fashion or something else. Now we know they’re tied to the new weapon crafting system due to be introduced in The Witch Queen, which was an interesting twist on expectations being met in a non-traditional way.

While this may change the very nature of how Destiny’s core activity flow will reward us, I expect randomized drops from Engrams to still be our mainstay. To take away the chase of loot by containing it to a thing you could periodically visit to easily create the best rolls possible for any weapon seems like a hindrance. Bungie will hopefully balance this unique feature with the right harmony between hunting for what we want on demand and still enjoying that thrill of finding the best rolls possible from a random drop.

Activities are also getting a major bolstering with promises of a raid or dungeon being released every season, which lasts typically 3-5 months at a time. Activity variety was once a major pain point, but with pinnacle level activities being a focus for the team, it can only get better from here. Additionally, Bungie announced regular rotations on playlists for legacy raids from past Destiny 2 expansions, which only serves to enhance the activity variety even more, despite these being reprised things from previous expansions.

Turning the Narrative On Its Head

Ever since the first Destiny’s Grimoire entries introduced us to Savathun, the Witch Queen herself, expectations of her coming into center stage have always been high. After confusing the heck out of us via a Choose Your Own Adventure book, nobody predicted what The Witch Queen has in store for us. However, what can be expected from Savathun from this point forward is that you likely won’t expect it. After all, not being able to understand her is what she lives for.

Subversion has always been Bungie’s specialty in the deeper lore of Destiny, and now we’re about to head into an expansion based on lies and deceit. The Raid Secrets subreddit will likely be frothing at the mouth for this expansion with their penchant for digging deep into the weeds for hidden treasures scattered about.

Bungie’s writing team has always been top-tier, but the direct narrative has been only developing more and more since the start of Shadowkeep. Surface level lore and stories have become the majority of our intake of the story rather than having to stop, read a book, and try to piece together the biggest plot points manually. Focus has instead shifted, with lore books adding texture to established stories and detail to contextual tidbits that exist mainly to fill in the blanks. Reducing that tractive effort to read more into things has not only improved the main plot, but we also don’t have to worry about obsessively collecting lore books to stop missing out.

As a whole, the direction Bungie is headed with Destiny 2 shows that they absolutely care about pleasing fans and realizing a grand vision over 7 years in the making. The world of Destiny stands on the precipice of a massive paradigm shift once the Dark And Light Saga comes to a close in 2024 or thereabouts with Destiny 2: The Final Shape. After that? The sky’s the limit, but I already made an educated guess as to where things might be headed.

They say it’s darkest just before the dawn of a new day, and I’d say Bungie’s looking pretty bright on the immediate horizon.