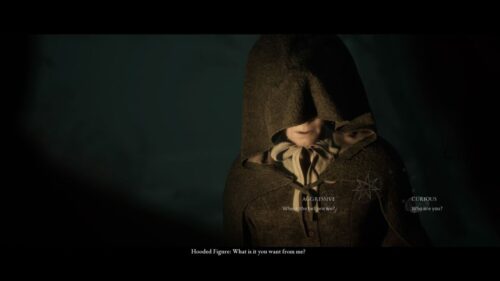 When I reviewed the first chapter of Supermasssive’s horror opus, The Dark Pictures Anthology: Man of Medan, it had lots of flaws, but I loved it. It was buggy, but I still enjoyed its cheesy narrative of ghost ships and it had some good ideas for their adventure-based mechanics. When its sequel, Little Hope, was announced, I was more interested to see if Supermassive had learned from the previous errors that plagued Man Of Medan.

Well, Supermassive learned from their mistakes for Little Hope. Throughout my two visits to the little North-Eastern town of demonic secrets, both were smoother experiences, though not without a few snags. As a whole, Little Hope is a fun ghost ride that delivered on all the horror tropes, cliches and bombastic plot elements, so much so that I found it hard to put the controller down, even during some of the narrative’s more misplaced moments.

Little Hope starts rather disjointedly with a bus crash and then a flashback that serves as the prologue and tutorial of the game. Set in the early 1970s, a warring family that includes the drunk angry dad, the hysterical mother and indifferent siblings, are fighting over the youngest daughter, Megan. It doesn’t take long to figure out that Megan is clearly the devil’s child and you are thrown into the thick of it. A house fire, death, destruction and some really gory death scenes — it was nice to see that Supermassive can still pack a punch in their gruesome presentation. After such horrific viewing in a 5 minute period, cue one of the most badass characters in modern video games, The Curator.

I do not exaggerate: The Curator has one of the best entrances in video games to date. From the cocksure swagger to that dramatic hard-rock rendition of O’ Death, The Dark Pictures Anthology keeps this tradition and I couldn’t be happier. Wonderfully played by Pip Torrens, The Curator is yet again your narrator and, as a bonus, if you still have your save file from Man Of Medan, greets you like an old friend. It’s those little things in the narrative adventure genre that shouldn’t be ignored and I’m all here for it. After his introductions in which he gesticulates in riddles and vague quotes, you’re off on your adventure to the town of Little Hope.

The story properly starts at the bus crash from the beginning of the game. Your Scooby Doo gang of tropes for the evening are: John, the college professor trying to keep everything together, the bratty meatheaded duo of Taylor and Daniel, Angela, the mature middle-aged student in all her “I demand to see the manager” glory, and finally Andrew, the dorky, insecure one played by the often memed Will Poulter. After surviving the bus crash, the gang decide to seek shelter and find help in Little Hope, while also trying to find their bus driver who has disappeared.

Little Hope is a ghost town and is still very much haunted by Megan and her 17th Century counterpart, Mary. Investigating the town for only a little while concludes that Little Hope has a history of witch trials, often led by the sinister Reverend Carver on the advice of the demon child. Sightings of Mary or Megan, along with other ghostly figures you greet in the township’s thick fog, sends the gang back to Little Hope in the 17th century. There they meet doppelgangers of themselves, who are tried for heresy or witchcraft and you’re compelled to investigate Mary, Megan, previous lives, the witch trials, and how it all ties in together in the present and escape the madness.

If you’re confused, you’re not alone – Little Hope is a baffling story to put into words, especially if you’re trying to be careful of spoilers. To summarise your first hour in this town, you are involved in witch hunting, ghouls, time travel and past life regression. It’s certainly hamfisted in its approach, but the storytelling works in Little Hope’s favour.

There are little differences when comparing Little Hope to Man Of Medan’s narrative. Though the tropes in its characters are the same, Supermassive have yet again gone all-in on its bombastic horror storytelling. Borrowing its settings heavily from Resident Evil and Silent Hill, Little Hope throws every horror cliche imaginable at us and it’s endearing to witness the plot reveals while cracking the town’s bigger mysteries.

Little Hope does have a few issues with plot and pacing, however. There were moments where I felt fit to burst with exposition to then have long, underwhelming walking sections. Comparing again to Man Of Medan, the ghost ship setting was a more claustrophobic experience, giving you the incentive to look for all the secrets and premonitions that are becoming a staple in The Dark Pictures Anthology games. Little Hope has winding roads, thick fog, forests and is a bigger game in terms of exploration, but most areas have very little to offer or are bare. Between this and the overall walking speed of slow to slight spring in your step, you could often miss out on possible discoveries, if you get that impatient itch to move on.

The Dark Pictures Anthology titles are all based on choices and Little Hope is no exception. Players are expected to take on a series of dialogue choices that will impact your relationships with other characters, in the form of bearings which work as choice reminders and personality traits. It’s fairly easy to make the characters sympathetic or foolhardy warriors and left wondering if the right choices were made. QTEs are littered throughout to keep you on your toes and one too many bad choices or wrong button inputs could lead to a character permanently dying in your playthrough. The deaths are, as always, brutal to watch. Whether it’s from a mistake or you just figured you really hated a character that much, there is no shame spared indulging your morbid curiosity.

Little Hope’s presentation doesn’t shy away from what you would expect from a horror game. Monotone colours of blues, greys and browns help with the immersion of the town, especially when exploring the desolate buildings. As noted, Supermassive did a brilliant job of ironing out most of the bugs that plagued Man Of Medan. However, there were some noticeable audio drops and a bizarre glitch a few times where the lighting of the characters dropped out, only revealing silhouettes.

Another problem is with the local co-op. Not much has changed from Man Of Medan, you basically take it in turns to control characters in the game’s Movie Night mode. I felt that this mode, in particular, needed working on. Though its inclusion of other players is good for friends to experience, the controls and scenes are the same. They could have easily just watched me play and not much would have changed — the best way to go would be to play with a friend online. Lastly, character models looking a little too rubbery at times, scenes where the face didn’t match the dialogue correctly, leaving characters with a 1000 yard stare or other amusingly bad facial expressions, though this will be fixed with a day one patch.

Supermassive put a lot of energy into Little Hope and it has paid off. A smoother experience, despite some snags here and there, is welcomed. Its bombastic plot, which really should be played to be believed, does buckle during the more drawn out walking scenes. The Dark Pictures Anthology is going in the right direction as a franchise, it’s just a few tweaks away from having a winning formula. Little Hope is a twisted sigh of hope that there’s still a beating heart in The Dark Pictures Anthology yet. With two more entries guaranteed, it will be fun to see how they continue to horrify and amuse us all. 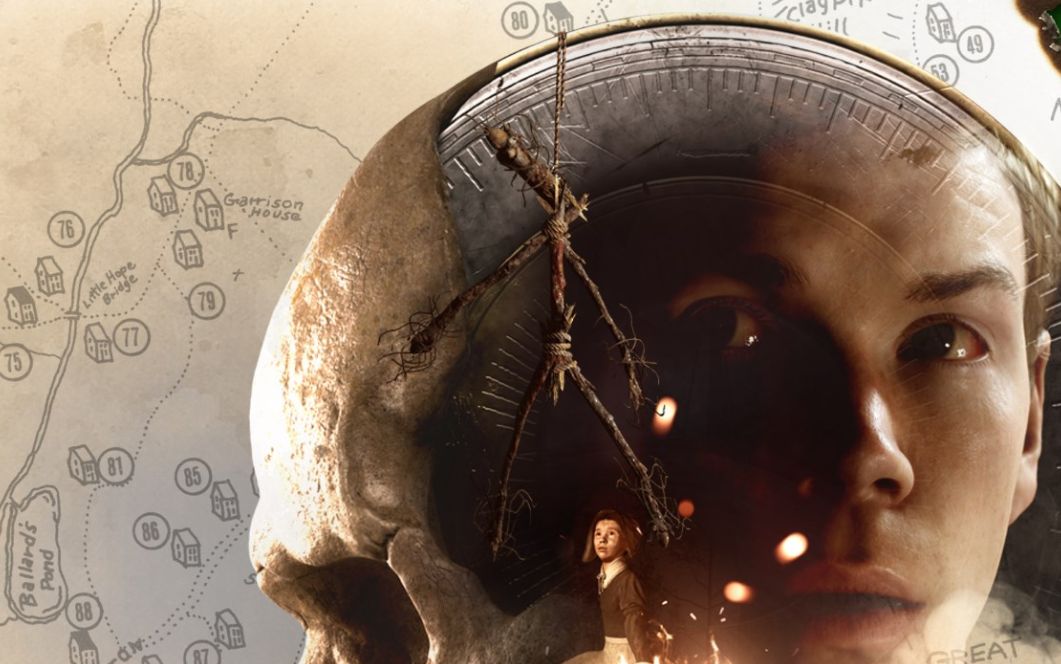 Verdict
Though it has some problems with pacing and minor bugs, Little Hope is a brilliant Halloween pick thanks to its over the top narrative and gruesome deaths, making it hard to say no to another visit.
7.5
Cultured Vultures is a pop culture website established in 2013 covering all things gaming, movies, and more. We eat your words.
All The News On The Biggest Games