Bugs and glitches hamper an otherwise great time at sea. 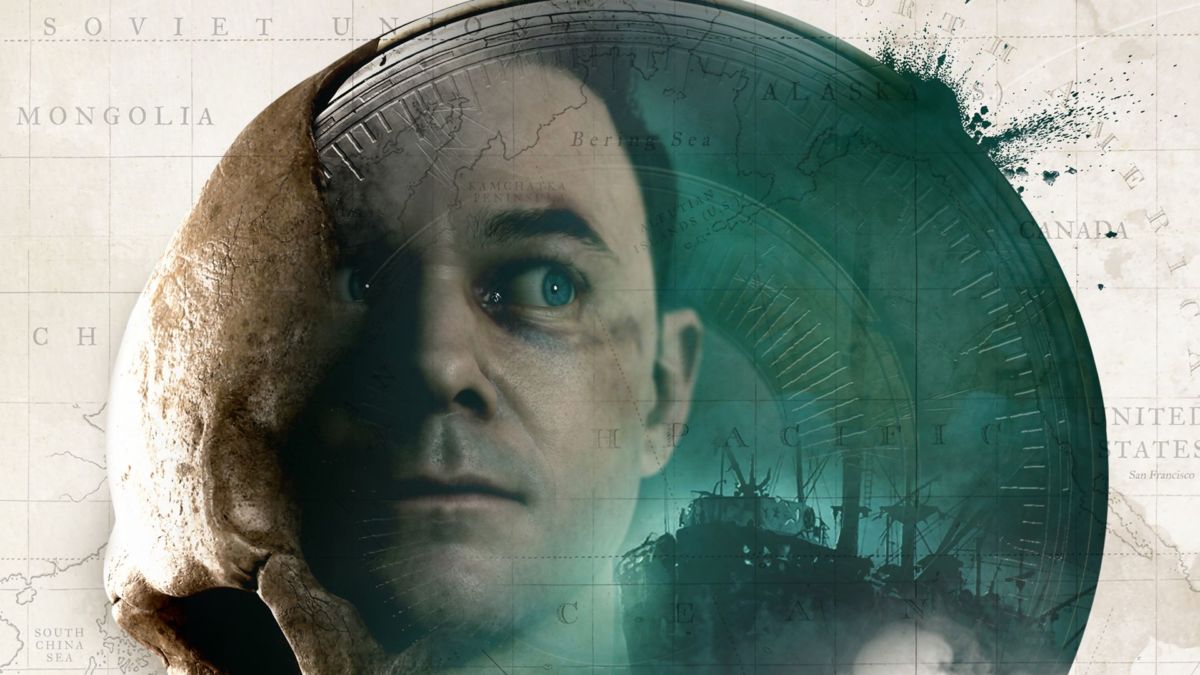 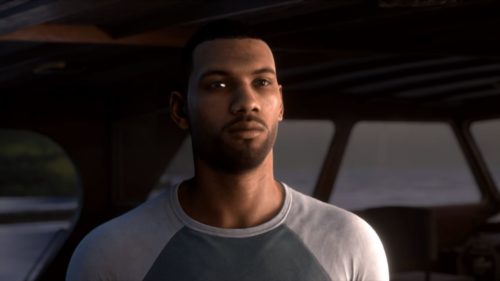 After the unexpected cult hit of Until Dawn and a couple of iffy VR sequels and prequels, the time had come for Supermassive Games to take what they learned and put it into a new horror. Enter the Dark Pictures Anthology, a series of video games designed to take us through our obsessions with classic horror folklore, kicking off with Man of Medan. While its first entry hits all the right notes that made Until Dawn a success, a few issues with bugs and glitches nearly derail the fun experience that’s on offer.

The plot of the game is simple enough, narrated and guided by The Curator, played wonderfully by Preacher’s Pip ‘Herr Star’ Torrins. After an introductory chapter that will pose questions while serving as your tutorial, you are then introduced to your typical Scooby gang of horror tropes. You have the nerd, Brad, his daredevil older brother, Alex, the brother sister duo of Conrad and Julia and the sassy captain of the ship, Fliss. 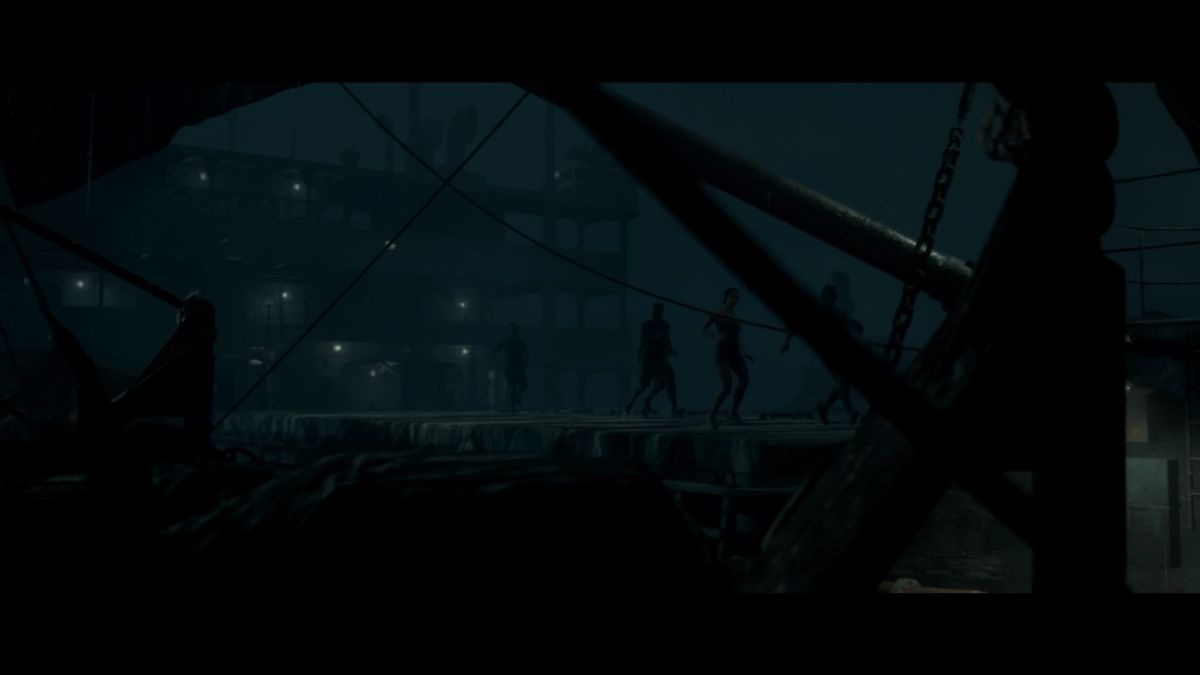 After discovering a plane wreck at the bottom of the ocean that has mention of “Manchurian Gold”, your ship is hijacked by our antagonists Danny, Junior and leader Olson, who sadly act less like legitimate threats and more like an armed Haitian comedy improv group. You’re taken to the ghost ship where you will be spending the rest of the game and the objective is pretty much the same as Until Dawn – survive the night with all your Scooby gang intact.

The overall presentation of Man of Medan, much like its predecessor, can be pleasing to the eyes. The general industrial colour scheme gives the ghost ship a foreboding vibe, though some facial animations are a little lifeless or just plain creepy to look at. It doesn’t spoil the game, but unintentionally provides a few chuckles when your partner is making a dialogue choice and you see their character stare off into space. 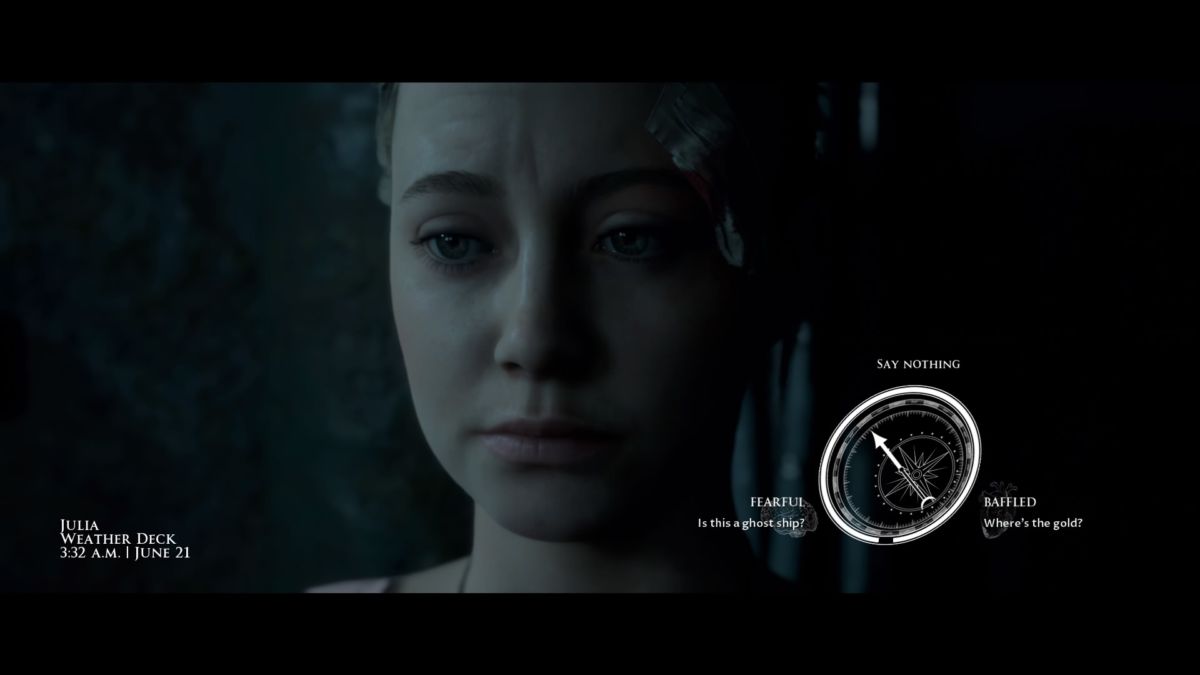 As a disclaimer, there were 4 playthroughs during our review process, 3 single player completions and one multiplayer runthrough. While Man of Medan is not a long game, clocking in at around 5 to 7 hours per playthrough, depending on if you’re going solo or teaming up, each one offers branching paths to make your playthrough unique.

There is also the choice to play with local friends on ‘Movie Night Mode’ where you and your friends take turns making decisions throughout the game — certainly worth a go during the annual Halloween party. 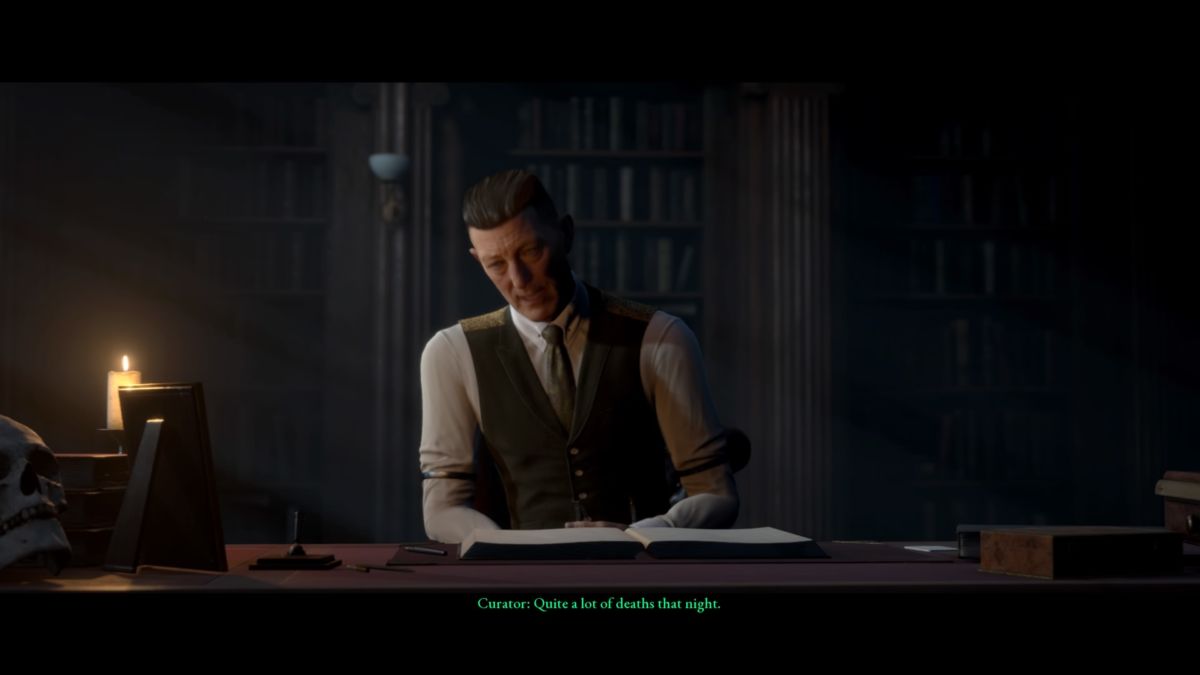 However, the big selling point for Man of Medan was the fact that you could play online with a friend on experience the game with friends with its ‘Shared Story’, an area that hasn’t been explored much in the narrative genre. To Supermassive’s credit, this is where the game is at its most rewarding.

Our best advice is that you play this game with a friend and that you play it with headphones for maximum effect. With the various creeping sound effects and noises you hear, you will be susceptible to some of the jump scares provided; some you will see a mile off, others may need you to take a break and calm down a little bit. Though playing the single-player campaign is fine enough, playing with a friend offers you more choice in the overall plot compared to a single player run. 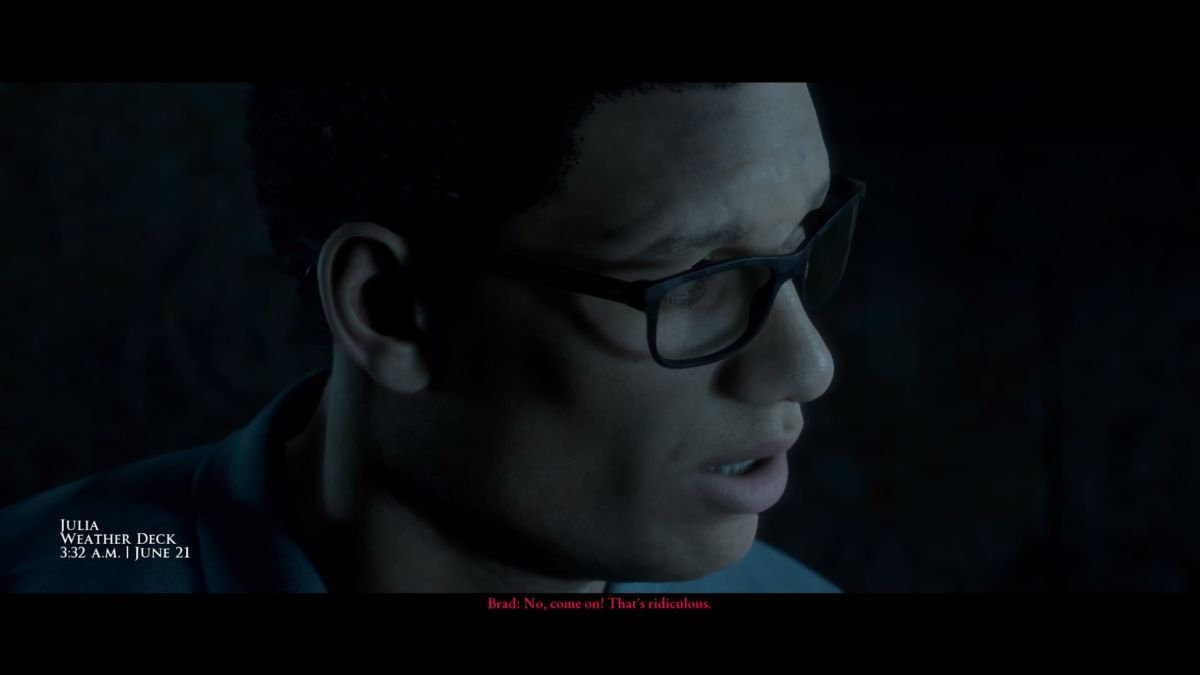 While you may be wandering around one area of the ship, your friend will be over on the other side, relaying information to each other. Another cool element Supermassive implemented is that when you are with your friend, you could be seeing visions that they cannot see or vice versa, sparking debates and conversations about what the hell you just saw.

These little elements give Man of Medan a unique edge over its overall gameplay compared to its rivals and begs you to go through another couple of playthroughs to find and unlock all the secrets and clues the ship has to offer. 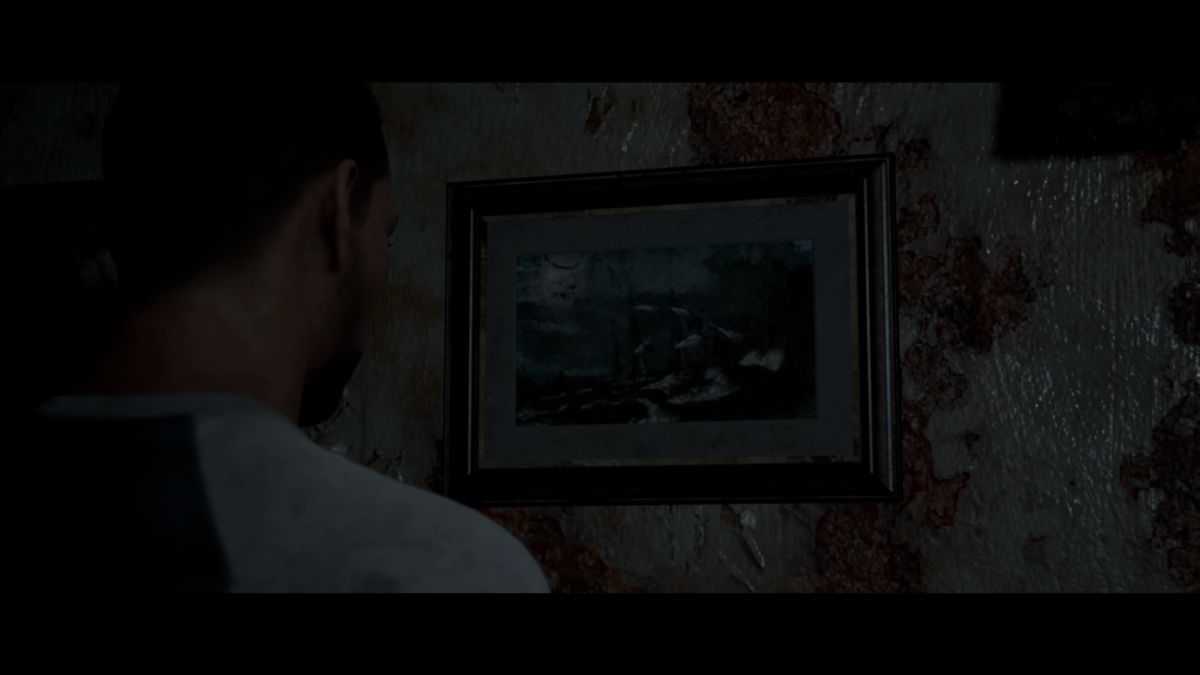 The secrets, clues and premonitions, which act as a heads up to potential future scenarios found around the ship, also fit into the overall narrative; the more clues you find, the more your characters discover and talk about the goings on of the environment around them. Incidentally, if you don’t find any secrets or clues, then the gang are just as oblivious as you are. It’s the little things Supermassive include that pay off in a big way.

Man of Medan’s mechanics are what you would expect from the narrative horror genre, which hasn’t really changed since Until Dawn. It’s a series of choices, QTEs and dialogue options that help branch paths that will lead your characters to fight another hour or die. A few tweaks were made to make Man of Medan a bit friendlier towards Xbox and PC controllers that don’t support motion controls. Some Until Dawn fans may be a little disappointed that there will be button prompts instead of holding the controller steadily to control your nerves, but it’s a small price to pay in the name of inclusivity. 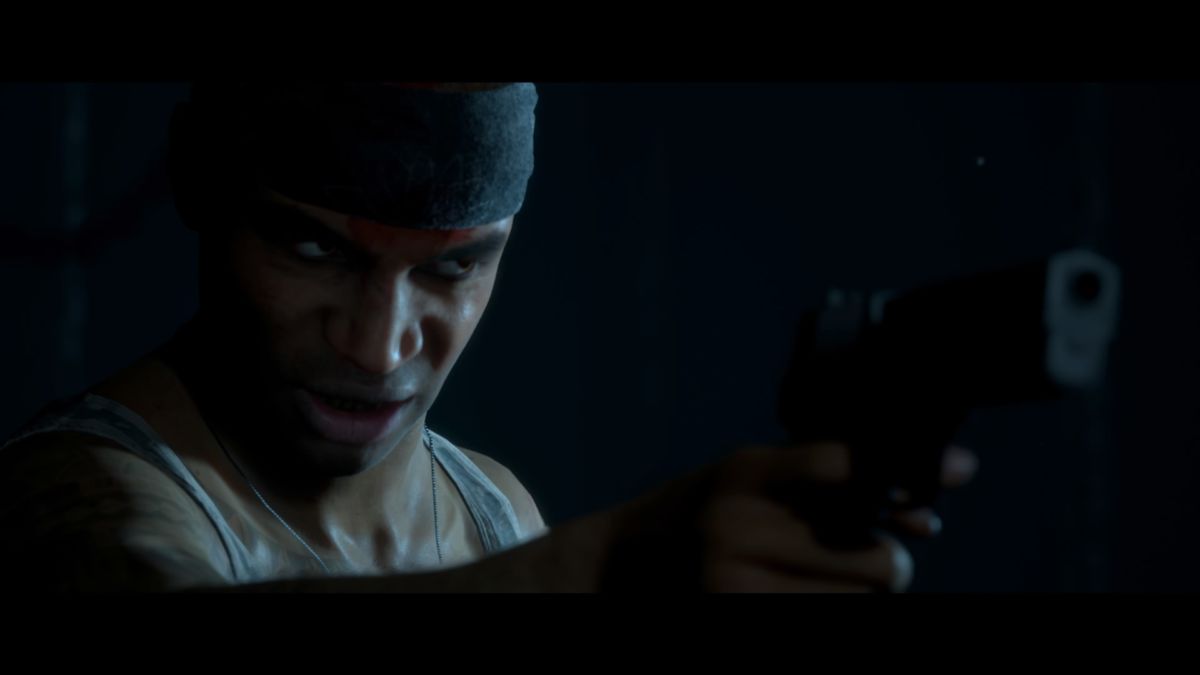 The game is quite forgiving in the first half as the only consequence is that you may injure or hurt the character you are playing, with one particular scenario involving a misplaced QTE and a frying pan to the face that had us laughing for a few minutes. In the second half, however, your choices will affect the rest of your playthrough and can have more deadly consequences if one is not careful.

The only main complaint in the gameplay department are the ghastly tank controls, which are only designed to infuriate you as you try to go in one direction and end up spending several seconds trying to straighten yourself out. It’s 2019, folks, tank controls are still cumbersome. Please stop with this nonsense. 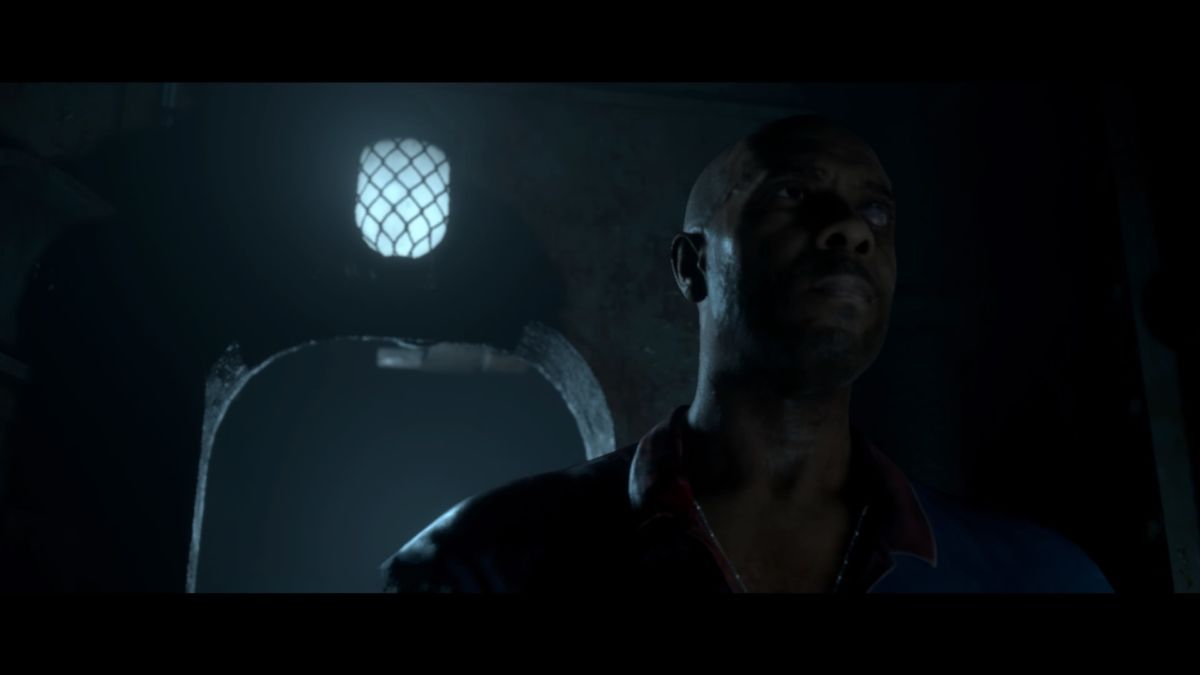 As mentioned previously, the other problem encountered were the bugs. On both single and multiplayer, there were moments where the game would be out of sync with the dialogue, or the framerates dropped considerably to a snail’s pace, pulling you out of the immersion the game tries to build on. There were even multiple instances of the game throwing us back out to the dashboard entirely.

We can only hope that Supermassive Games will get these bugs fixed in time for a launch day patch. The review build did include a patch to repair a few of them, but they were still prevalent. During our playthroughs, we spotted premonitions that told us of several different endings, but there seemed to be only one main one we could unlock and this one ending, despite how many people we saved or killed, felt anticlimactic and almost like an afterthought. Hopefully we will be proven wrong.

Man of Medan sets up the pieces to make even the more hardcore horror fans among us want to see what the future holds for the Dark Anthology Pictures as a whole. Everything they did right, they did very well but there is still room for improvement on Supermassive’s part, in terms of controls and glitches. Man of Medan is only a glimpse of a potentially bigger and more expansive universe, for as the curator says during the credits roll: “We will see each other again, it is inevitable.”

Two codes were provided by Bandai Namco for review purposes.

Verdict
Supermassive Games have managed to again tap into what makes a good horror tale. If you can forgive some of its cheesy narrative moments and glitches, Man of Medan shows promise for a future franchise. You just have to play with a friend to fully appreciate it.
7
Buy on AmazonBuy on Humble
Cultured Vultures is a pop culture website established in 2013 covering all things gaming, movies, and more. We eat your words.
All The News On The Biggest Games