The Mortuary Collection REVIEW – An Anthology for the Ages

This is already one of the best anthologies of spooks ever made. 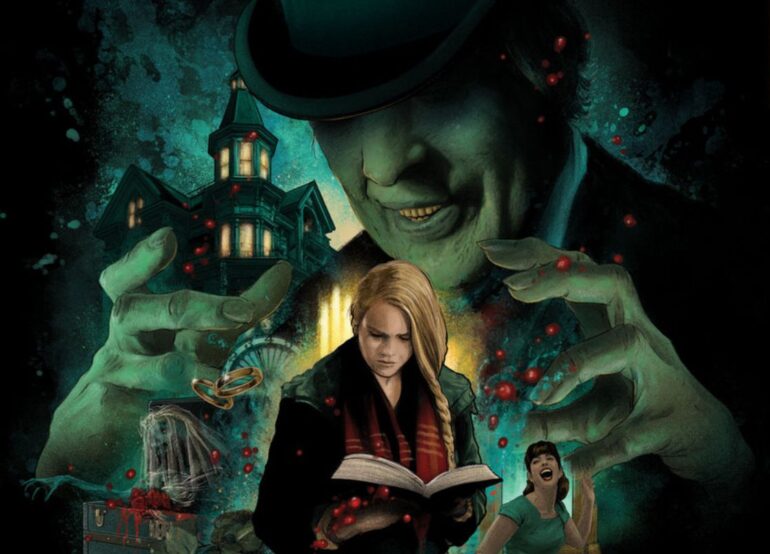 With The Mortuary Collection, writer and director Ryan Spindell effortlessly avoids my biggest gripe with anthology horror. Often, there is a sense of disconnect between these tales of terror; too many cooks in the proverbial horror kitchen. Multiple director’s styles and tones sometimes conflict, making stories feel disjointed from their main narrative driving narrative. Given Spindell is solely at the narrative helm of this horror collection, the film serves as a rare outlier and is stronger for it.

The Mortuary Collection is anthology horror for the ages, boasting a substantial variety of smart, scary, socially conscious, and darkly humorous stories. These horror tales are guided by a primary narrative following the secretive Sam (Caitlin Custer), who’s interviewing for a position at the Raven’s End Mortuary. The brooding mortuary caretaker, Montgomery Dark (Clancy Brown), tests Sam’s horror threshold with scary stories of how corpses ended up on the mortuary’s slab.

Montgomery tells four separate horror stories broken up by intermission segments where he shows Sam around the mortuary. An abundance of variety isn’t surprising for an anthology, but Spindell’s singular spooky style being present for each tale makes this a notable standout.

Whether it’s a pickpocket fighting a medicine cabinet monster, a reverse safe-sex allegory, a man whose love has a limit, or a babysitter terrorized by an escaped mental patient, Spindell expertly applies commentary, humor, and gory scares to each tale. Crafting each story with his singular horror sensibilities, avoids the common disjointed and tonally awkward experience of most anthologies. This seamless transitioning between the driving narrative and Montgomery’s tales makes the film’s two hour run time pass by in flash.

Often the narrative world of anthologies can feel as if they’re an afterthought compared to the attention paid to its stories. But from the opening moments of The Mortuary Collection, Spindell does a fantastic job of establishing the mysterious world of Raven’s End. We’re given a brief tour of the town, which feels reminiscent of Stephen King’s Derry, Maine, a seemingly ordinary town but ripe with mystery.

This innocuous intro applies a level of world-building that is imperative to set the film’s overall tone. Raven’s End has a brooding gothic atmosphere where anything and everything is possible, which stops the film from feeling like a series of campfire tales.

Anthologies can feel tonally scattered due to filmmakers various styles, making them conflict with one another. One segment might be completely gore focused, while the next a barrel of laughs devoid of scares. Again Spindell succeeds where many stumble, as he interweaves morbid humor into the fabric of each story. It’s imperative that the humor never feels too overbearing, and is often balanced out with horror-centric practical effects.

For instance, in the safe-sex allegory story, a frat boy who lies about wearing a condom deals with hilarious ramifications. While this particular story is laced with commentary and humor, it’s still backed up with horror-focused, gory practical effects.

In another story, a man who can no longer afford to care of his wife in a vegetative state botches killing her in the most cartoonish way imaginable. It’s a morbid and poignant predicament, yet with just enough bloody humor so that it never feels morosely out of place. I cannot stress how rare it is for a director to achieve a favorable balance of humor and horror, ensuring one genre influence never overpowers the other.

Aside from each story’s pristine style, each’s subject matter also differs considerably, never overlapping or feeling redundant. The cold open story displays creepy and goopy monster tentacle effects, presenting practical work that scratches that monster itch. This cold open primes the audience for the possibilities and a mere flavor of Spindell’s brand of horror. The other tales have more elaborate narratives that meticulously build to their shocking, bloody, and memorable conclusions. As a whole, The Mortuary Collection feels purposeful and meticulous in its construction, in a way that eludes most anthologies.

And yet throughout all of this, Montgomery Dark and Sam’s main narrative is never shunned or ignored. During story intermissions, Montgomery continues to give Sam a tour of the mortuary, exploring its various rooms, contraptions, and bodies. The same level of polish, atmosphere, and humor are applied to these segments and being steered by the fantastic Clancy Brown.

The mysterious and mildly threatening Montgomery Dark serves as a Crypt Keeper-;ike narrator driving this house of horrors tour. These intermissions are brief, but long enough that each serves a greater narrative purpose than a pointless reprieve. Whether it’s exploring the otherworldly boundaries of the mortuary or uncovering Sam’s secretive past, these are characters you want to learn more about.

It cannot be understated just how thoroughly impressive the entirety of The Mortuary Collection is. Spindell flexes so many various horror muscles, branching into different sub-genres, and yet all of the tales feel cohesive to one another. The benefit of a singular creative ensures that no story feels at odds with the world Spindell crafts and flawlessly avoids feeling like a filler segment. Though to claim the film only succeeds due to a single voice would dismiss the rarity that is Spindell’s irreplicable talent. 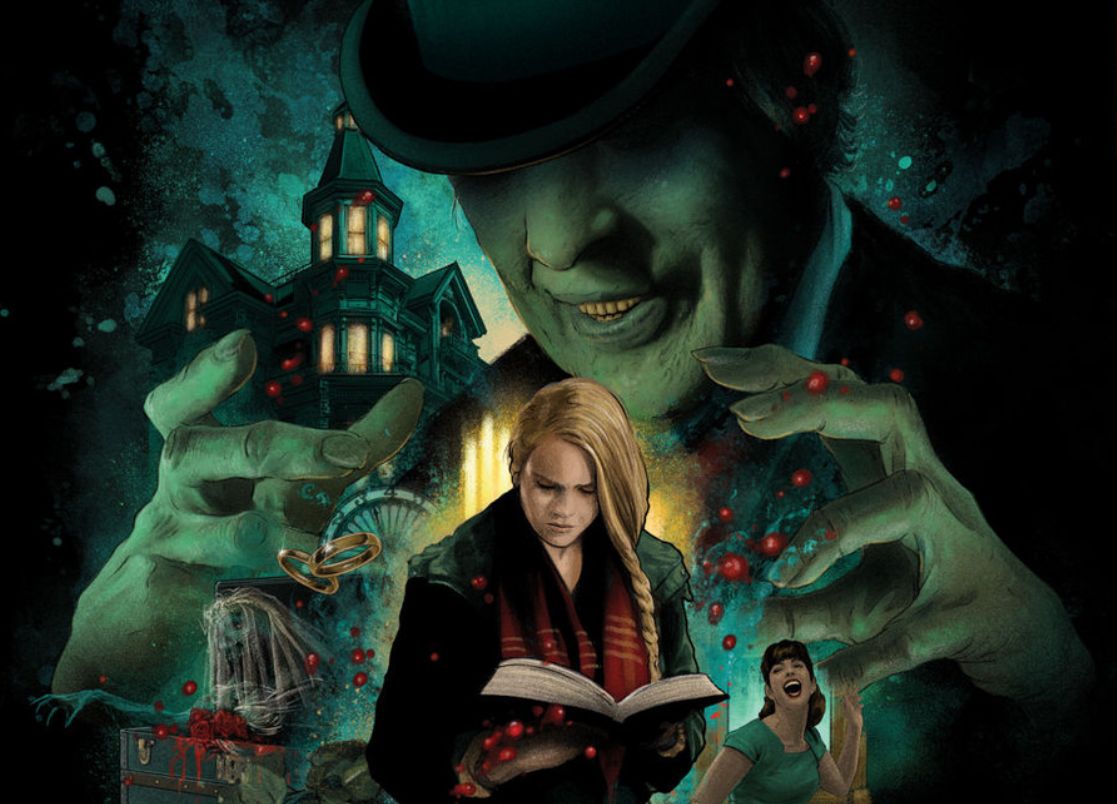 Verdict
The strength of The Mortuary Collection stems from writer and director Ryan Spindell’s clear cut and twisted vision of horror. His style transcends sub-genres to form an anthology of tales of terror that compliment one another and entertain throughout.
9
Cultured Vultures is a pop culture website established in 2013 covering all things gaming, movies, and more. We eat your words.
All The News On The Biggest Games