Not quite finishing first. 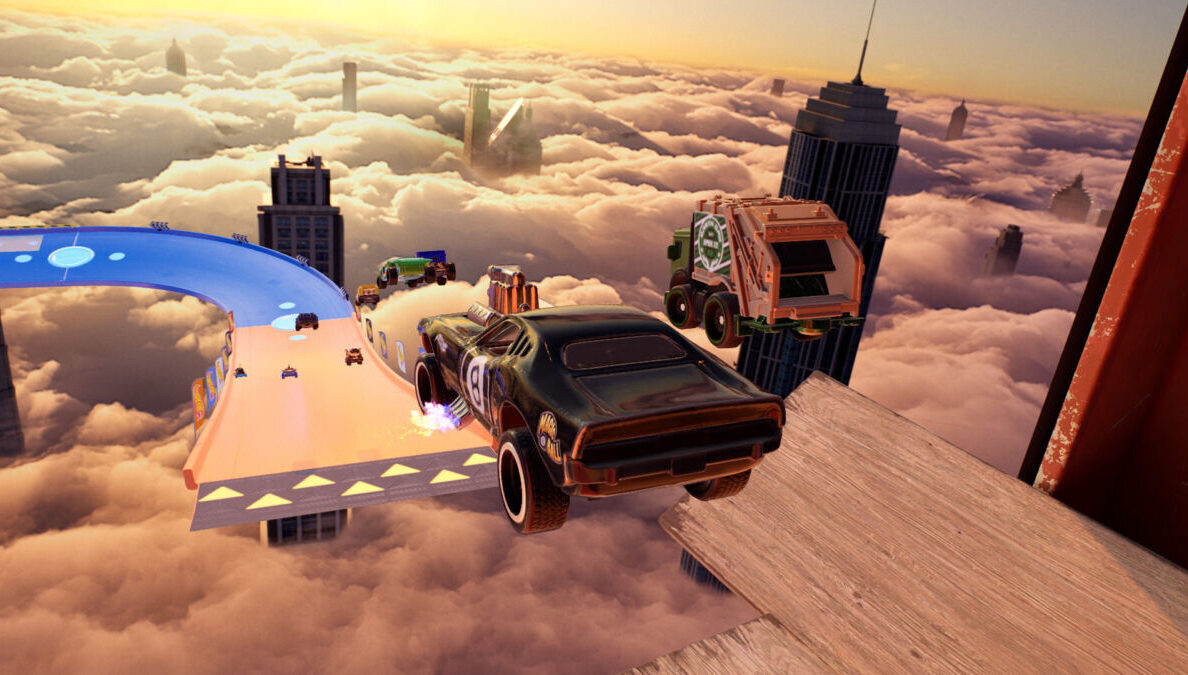 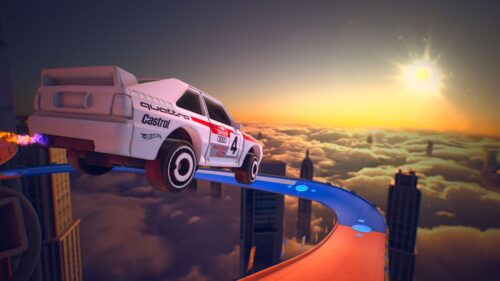 With a legacy that dates back over 50 years, it’s perhaps no surprise that there’ve been plenty of Hot Wheels games over the years. Turning a toy car brand into a proper racing game just seems like a pretty obvious decision. Hot Wheels Unleashed is the brand’s best chance yet of being a fantastic racing game, but unfortunately, it doesn’t quite hit the mark.

Hot Wheels Unleashed celebrates the history of the toy company, with players able to race using a selection of Hot Wheels original cars and licensed cars too. There’s a certain unique novelty to seeing Ford, Honda, Koeingsegg and other official cars racing alongside a burger van and a kart depicting Snoopy sitting on his red kennel. It’s visually silly, but that’s all part of the appeal.

Unleashed sees players racing on elaborate Hot Wheels tracks that seem to take their cues from F-Zero or Wipeout rather than anything grounded in reality. Hot Wheels tracks are usually filled with stunts, but the game rightly ups the ante. I can imagine the pitch for Hot Wheels Unleashed being along the lines of “your dream Hot Wheels build”, and seeing these massive and elaborate track builds that encompass entire rooms, it’s a pretty accurate summation.

Tracks are located in one of five environments (there’s technically six, but one is a blank canvas area for tracks you create). These environments include a college campus, a mechanic’s garage, a skate park, the top of an in-construction skyscraper and a basement/gamer den. While early tracks start off basic, later on they’ll begin to encompass the hazards and natural terrain of their respective environment. There’s something about taking the action off-track to race on desks and couches that makes a race more memorable.

Additionally, that last environment is the most interesting, as you can customise your version of the basement with new wallpaper, colours, furniture choices and more. Not only does this personalise your experience when playing on this track, but if you host a multiplayer match, everyone else will see your basement too. It doesn’t really affect gameplay, but it’s a neat touch nonetheless.

As for the racing itself, Hot Wheels Unleashed plays out like your standard arcade racer: go fast and drift lots. Tapping brake and throwing your car around a corner earns boost, which is more of a necessity here than in other racers. With the various loops and gravity-defying segments, you need boost in order to stay on the track, so there’s an element of risk/resource management that gives the gameplay a bit more of an edge.

The handling feels responsive, and nailing perfect drifts around tricky corners is as satisfying here as it is in some of the best racing games on the market, but the physics can feel a bit wonky at times. Some of the more top heavy cars are prone to toppling over when taking a hit, which makes sense, but it also means that the larger cars don’t feel as viable as a streamlined, Formula 1 inspired car or something similar to that. Hitting a wall in general can also sometimes feel like a crapshoot, occasionally pinging your car in a weird direction.

The main mode, Hot Wheels City Rumble, along with the game’s general structure, is also a bit of a letdown. The mode sees you working your way through a map of different events, which consist of races and time trials, occasionally stopping to complete a boss race every now and again. Those boss races are simply just basic races on longer tracks with more obstacles, so anyone who had hopes of a Crash Team Racing-esque giant boss fight race will be disappointed.

There’s close to 90 events to get through, so the mode will last for a few hours, especially if you’re aiming to complete some of the more tricky time trial goals, but with only two event types, the mode begins to feel quite samey by the end. On top of that, Hot Wheels Unleashed refuses to offer a progression system of sorts when racing. All cars in the game are eligible for any race, and they’re unlocked via completing certain races or by opening Blind Boxes, which are just loot boxes that don’t cost actual money.

Essentially, you can end up in a situation similar to mine where you’re rewarded with a high level car that has great stats across the board early on into the mode, meaning you’ll be racing in that car for pretty much the entire campaign. There’s one or two instances where you can unlock secret races by using a certain vehicle, but aside from that, there’s no incentive to not pick the best car early on and just ride it to victory.

Milestone has seemingly tried to balance the cars by diminishing the size of the boost bar of cars that naturally have better base stats so that slower and heavier cars can still keep up. It works for what they’re going for, in the sense of throwing all the Hot Wheels cars together for a big race, but adding some classes like heavy cars, super cars, muscle cars and so on might have aided the balancing somewhat, while also feeding into the Career’s progression system. At least I wouldn’t have ended up using the same car for 50+ career events.

The track editor and livery editor also feel like letdowns. The potential is certainly there for both to allow massive creativity to shine through, and being able to share and download other creations will likely allow Hot Wheels Unleashed to survive for a while, especially with the masses of DLC on the horizon, but the controls for both seem so fiddly and awkward that most users might not even bother.

Hot Wheels Unleashed feels like wasted potential. Throwing together the sheer breadth of the brand’s history into one, all consuming celebration of a game sounds great — it worked for Smash Bros., after all. Still, some strange design choices, poorly implemented creation tools and overall tedium severely hamper this enjoyable arcade racer.

A code for Hot Wheels Unleashed was provided by PR for the purposes of this review. 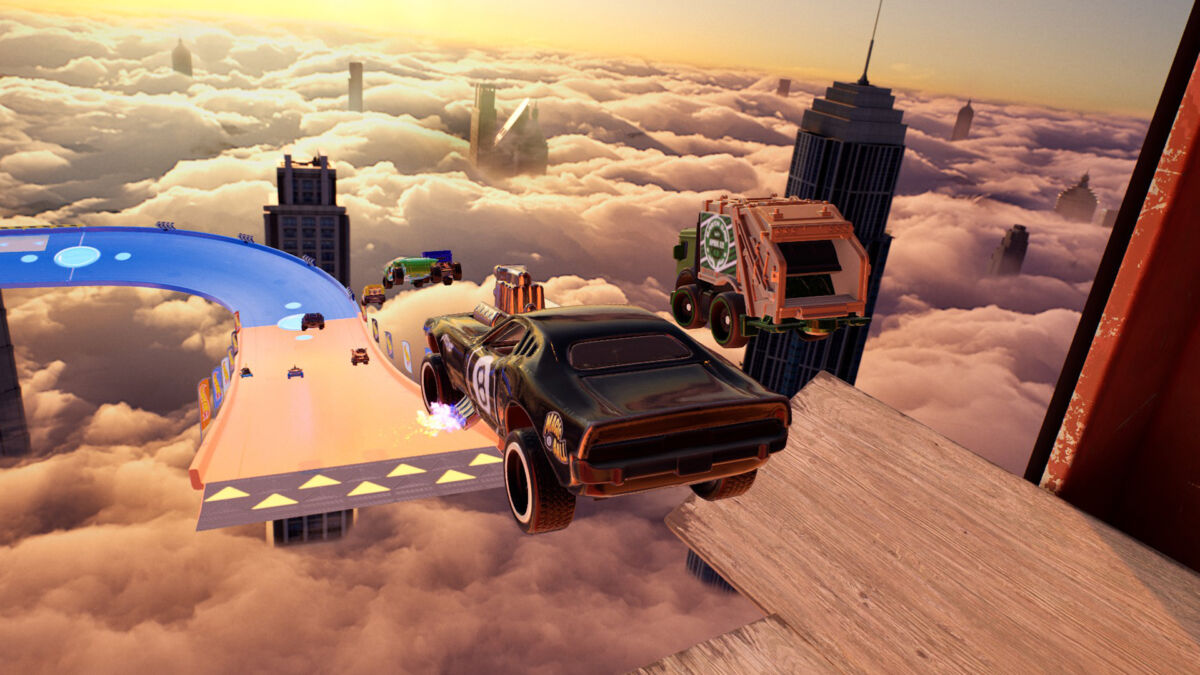 Verdict
On the track, there’s a decent little racer in Hot Wheels Unleashed. Everything else feels like a bit of a letdown.
5.5
Cultured Vultures is a pop culture website established in 2013 covering all things gaming, movies, and more. We eat your words.
All The News On Your Favourite Games