The Forgotten City Available on Switch Through Cloud Service

You may feel like you’ve been here before, on a different console. 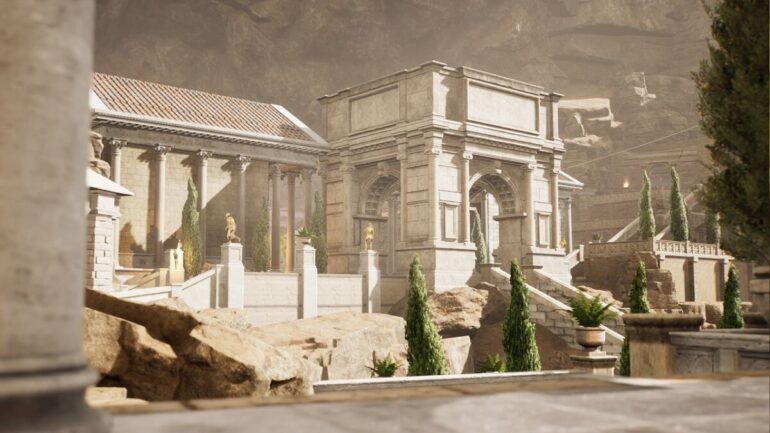 Following the releases of Control and Hitman 3 on the Nintendo Switch via cloud streaming, developer Modern Storyteller and publisher Dear Villagers have announced their time looping mystery title The Forgotten City is now available on the Switch via cloud service Ubitus.

Being available as a cloud version basically means that the game’s data isn’t stored locally on the Switch, and players are streaming it, as one would a movie off of Netflix (if the Switch had a Netflix app). This does mean that players need a consistent internet connection in order to play the game.

Players will be able to download a free demo to test if their internet connection is able to sustain the game, and see if the title interests them, before purchasing.

The Forgotten City was initially released in July for PC, PS5, PS4, Xbox Series X/S and Xbox One.

The game, which began initially as a Skyrim mod, focuses on solving a strange mystery in a Roman city 2000 years ago, where everyone in the city lives under fear of being struck down if anyone among them commits a sin.

Next month’s Guardians of the Galaxy will likewise only be available on the Switch via cloud streaming.

READ NEXT: Nintendo Direct September 2021: Where To Watch, Games & More