Sara Sheridan’s The Fair Botanists Is History Made Sensual 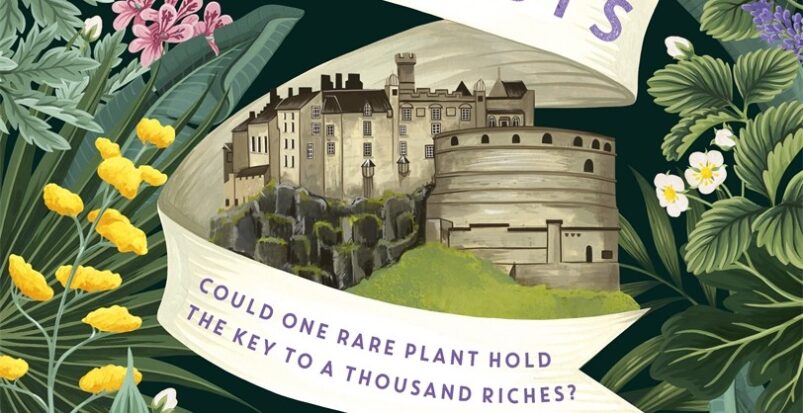 There seems to be a trend lately, at least in the eyes of a casual observer, for historical novels that shine a light on very niche, long-forgotten subject matter. Whether that’s true or not, The Fair Botanists, the latest in Sara Sheridan’s seriously impressive line-up of work, is exactly that sort of novel. Set in 1822, the story follows Elizabeth Graham, recently widowed, as she moves to Edinburgh to live with her late husband’s aunt.

When she’s there, she becomes involved in the work of William McNab, the gardener in charge of the Edinburgh Botanic Gardens, who is also caring for a North American aloe plant that is due to seed for the first time in a century. She also meets Belle, a woman who has her own interest in the aloe, and Johann, a young German man helping to organise the impending visit to the city by King George IV. With spirits high in the city, Elizabeth realises that some of the people interested in the blooming of the rare plant have more than scientific interest on their minds.

The subject matter is, therefore, rather niche; how many people would seek out a novel which centres, for the most part, on the blooming of a rare plant in 1822 Edinburgh? But that of course is the strength of this sort of story, especially in the hands of an author as confident and experienced as Sheridan. It isn’t really about the plant at all. We are drawn into a world that we feel as though we should know something about, and perhaps we do know a little – but there is so much more to be discovered in Regency Edinburgh, and so much more to love.

As a historical narrative, The Fair Botanists is interesting in that half of the characters are taken directly from history, and half are fictional. Sheridan is so good at winding together these personas that until you reach the author’s note at the end, you won’t even know for the most part who was real and who was not. Some are obvious – for example, Sir Walter Scott the famous author is a commanding presence on the page – but few will have heard of William McNab, or Lady Liston and their contributions to history. It can be tricky to use real historical people well, but Sheridan grants them all such a rich inner life that they come alive just as much as those she created.

And those she created are, for the most part, just wonderful. The omniscient narrator, who dips in and out of the minds of many characters – reminiscent of narrators from novels of the Regency era – means that we get to know many characters from the inside out. Elizabeth is a compelling lead, and Belle is a riot, from start to finish. Johann is a dashing hero, easily the equal of any Jane Austen hero and I’d even say surpassing some of them with his gentle, kind ways. If you come to The Fair Botanists for the history, or for the names that you recognise, you should be aware that you will come away having fallen completely in love with Elizabeth, Belle and Johann.

I read The Fair Botanists over a few days of very variable weather, from bright summer sunshine to rain to storms and back, and I have to say that nature really did conspire to do me a favour with that combination. Hearing the tapping of rain on the window followed by the gentle warmth of the sun set a wonderful atmosphere for this book, taking place over a summer just as changeable. Following the many likeable characters through the streets of Edinburgh feels at times like a sensual and romantic hazy dream.

READ NEXT: 12 Best Kindle Unlimited Books You Should Read