More shocking than the Shockmaster. 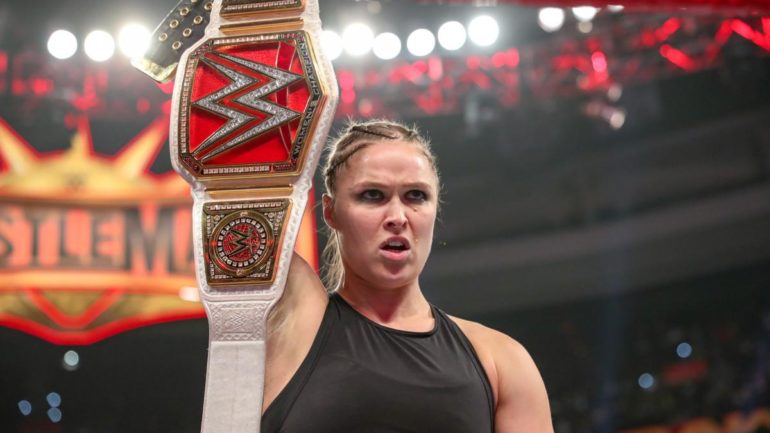 What makes the Royal Rumble stand out next to the rest of the WWE’s pay per view calendar is the high possibility of a surprise return. The layout of the Rumble match makes it perfect for a new star or returning legend to make one more appearance to give the fans what they always ask for: “One more match”.

Over the years, the wrestling world has seen some fantastic surprises at the Royal Rumble: John Cena’s shocking return from injury, the debut of “Phenomenal” AJ Styles, and both returns by Edge. When that clock begins to countdown from ten and that buzzer sounds, you never truly know who’s music will hit and who will make their way down the entrance ramp for a shot at the main event at WrestleMania.

Let’s look towards the future and speculate about which ten wrestlers may make a surprise appearance in both the Men’s and Women’s Royal Rumble matches in 2021.

Damien Priest, formerly known as Punishment Martinez and a former NXT North American Champion, is one of the top stars in NXT, and the American wrestling scene in general. Standing at 6ft 5in and boasting an arsenal of power moves and high flying aerial attacks makes “The Archer of Infamy” a dominant competitor having bested the likes of Timothy Thatcher, Velveteen Dream, and Johnny Gargano.

After this match, rumours began surfacing that he would soon be making his main roster debut, a rumour confirmed when Dave Meltzer of the Wrestling Observer Newsletter reported that Priest was stated to make his debut on Smackdown in an angle with Kevin Owens, however that was axed after Owen’s voiced that the angle “didn’t make sense”. Considering this it is highly likely that we will see Priest appear in the Rumble and quite possibly even dominate the competition.

Sticking with NXT but moving onto the women’s division, Rhea Ripley has been a dominant force on both the main brand of NXT and NXT UK having held both the NXT and NXT UK Women’s Championships and defended them against Toni Storm, Charlotte Flair and Io Shirai just to name a few. Much like Priest, Ripley also was on the losing end of a feud that seemingly ended at NXT: New Year’s Evil against Raquel Gonzalez in a Last Woman Standing Match.

Seemingly having accomplished everything there is to accomplish in NXT it would make sense for her to join the main roster. Even Mick Foley is behind her to not only to be in the rumble, but to win it so it’s about time she got up there and showed everyone what she, and her brutality can do.

The first of the possible returns to the WWE stage could be none other than the United Kingdom’s own Wade Barrett. A former bare-knuckle boxer, Barrett first debuted in WWE as leader of The Nexus, a stable made up of NXT rookies who would debut and wreak havoc upon the main roster until getting demolished at the hands of John Cena, in a match that everyone agrees should have gone the other way.

After leaving The Nexus, Barrett eventually became Intercontinental Champion and King Barrett after winning 2015’s King of the Ring tournament, however, “I’ve got some bad news for ya” Barrett never held the WWE Championship, which is a shame for such a talented wrestler.

One major issue stands as to whether Barrett is actually medically cleared to return. While no official statement from Barrett or WWE has been made, Barrett has stated in an interview with BT Sport that it’s not an impossibility that he may make a return but as of yet, nothing official has been stated.

In 2016, Barrett wrestled his final match with WWE and then returned last year as part of NXT’s commentary team, and as good as he is in that role, I for one would really love to see a Bullhammer just one more time.

Not counting the Firefly Funhouse Match at WrestleMania last year, as that was more of a spectacle than a match, John Cena has not wrestled a legitimate wrestling match since January 14th, 2019 in which he competed in a fatal four way match on RAW. A fact which is insane to think about considering how much “Big Match John” is still a figurehead for WWE and its modern era of wrestling.

Cena recently appeared in a short sketch WWE produced to reveal their plans for WrestleMania in which he stated “If you want some, come get some”. Could this be an indicator to him returning to the ring and going on to the main event of WrestleMania? Only time will tell.

Somewhat of an outlandish choice, but since Carlito was reportedly supposed to appear on RAW Legends Night but never actually appeared, fans have been clambering to see the apple spitting Puerto Rican step into a WWE ring once again.

Carlito was a huge talent for the WWE back in the early 2000s, being a tag team champion and having held both the Intercontinental and United States Championships, defeating John Cena for the latter in his debut. Since leaving WWE in 2010, Carlito has made sporadic appearances in companies such as MLW, House of Hardcore, and most recently, Nacion Lucha Libre in Mexico back in 2019.

Carlito has seemingly not appeared in a wrestling ring for any major company and with seemingly a two year gap since his last major appearance, maybe Carlito can once again don that blue t-shirt, bite an apple and spit it right into someone’s face at the Rumble.

Okay, while not a return in the typical sense, Samoa Joe hasn’t wrestled a match since February 2020 due to being put on the shelf after an injury filming an advertisement. Since returning from injury, and being suspended due to a wellness policy violation, Joe has been on RAW’s commentary team ever since, and quite honestly he is the best part of it.

Samoa Joe is easily one of the best wrestlers on the WWE roster and has put on classic matches with Roman Reigns, Finn Balor and, of course, AJ Styles both inside and outside of WWE. However, saying this Joe has never held the WWE Championship, so come on, Joe: get back in that ring and forge your path to WrestleMania and win the big one. 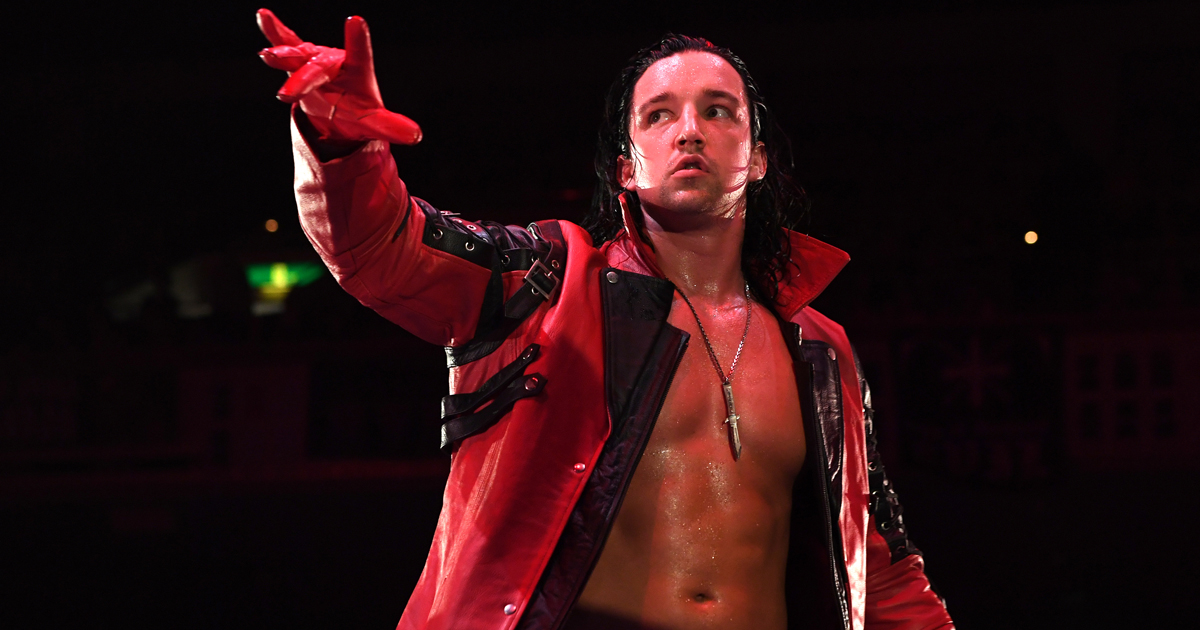 Jay White has made a huge impact on people’s radars thanks to an absolutely stellar bout against Kota Ibushi on day two of Wrestle Kingdom 15. White was unable to reclaim the IWGP Heavyweight Championship at Wrestle Kingdom, stating in an incredibly emotional after-match conference that “After New Year’s Dash, I’m done”. At New Year’s Dash, White ate the pin in a ten man tag match after which he was carried to the back by his Bullet Club teammates.

While NJPW is still advertising White for matches later in the year such as NJPW’s Super J Cup, his profile has been removed from NJPW’s website, and there has been some doubt as to whether White will extend his NJPW contract or sign with WWE with some saying it’s as close as “50/50”. One could also question what exactly White has left to achieve in NJPW, having already held the IWGP Heavyweight, Intercontinental, and United States Championships.

If White does leave Japan for WWE, he will be following in the footsteps of fellow Bullet Club and NJPW alumni AJ Styles and Finn Balor, as well as three time IWGP Heavyweight Champion Shinsuke Nakamura. Some may say it’s not going to happen, but it looks incredibly likely that WWE may some day soon “Breathe with the Switchblade” and that day might well be at the Royal Rumble.

Believe it or not, Ronda Rousey is still under contract from WWE but has not made an appearance with the company since WrestleMania 35 when she lost the WWE RAW Women’s Championship to Becky Lynch. While Rousey was akin to Marmite with the WWE Universe, there’s no doubting that her UFC past and her training with Brian Kendrick really enhanced her ability in the ring, which became clear with her debut match teaming with Kurt Angle to face Triple H and Stephanie McMahon at WrestleMania 34.

Rousey does have unfinished business in WWE, as during her WrestleMania 35 match her shoulders were never on the mat when she was pinned by Becky Lynch, making the win unofficial. While it is unclear whether this was an all out botch or whether it was planned to happen like that, this would be the perfect story in order to bring Rousey back for a shot at the RAW Women’s Title, win the Royal Rumble and argue that she never should have lost it. We will have to wait and see if the Royal Rumble and therefore WrestleMania become “Rowdy” once again.

Part wishful thinking, part huge possibility. Zack Gibson and James Drake are one of the most dominating tag teams on the NXT/NXT UK brand. Being the inaugural NXT UK Tag Team Champions and making it all the way to the finals of the 2020 Dusty Rhodes Tag Team Classic, they are putting British Tag Team wrestling on the map with their mix of technical and high flying moves as well as fantastic chemistry.

It’s a strong possibility that the duo will become NXT Tag Team Champions in the very near future as, at the time of writing, they are in the quarter finals of the 2021 Dusty Rhodes Tag Team Classic, with that being said, an appearance in the Royal Rumble would not only please every British wrestling fan watching, it would showcase their abilities to a wider audience. 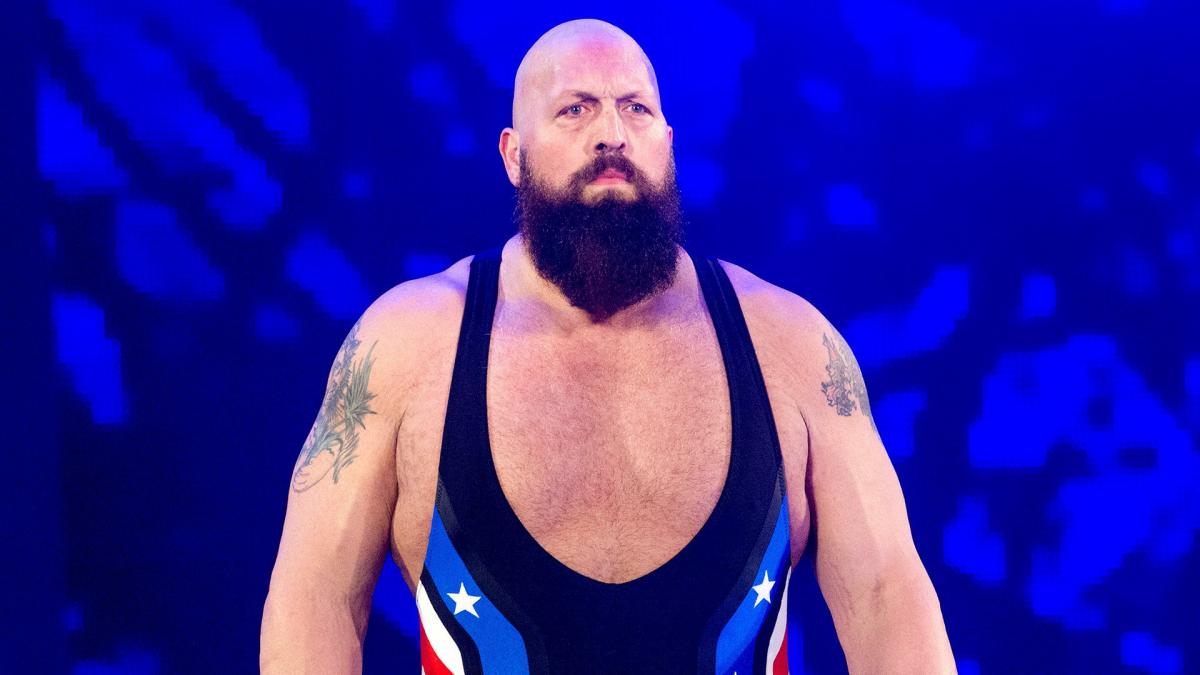 Well, is it really a Royal Rumble without an appearance from The Big Show? Big Show is tied at 4th place for the most Royal Rumble appearances at 17, and after being smack talked by Randy Orton on RAW Legends Night, we may just see “The World’s Largest Athlete” step into the ring one more time.

On RAW Legends Night, Randy Orton berated the Big Show stating that he was the reason that Show was unwilling to step back into the ring and that he was a coward, with that small exchange Big Show now has something to prove and he can do just that by entering the Rumble and giving Randy Orton what for.

It’s almost a given that in a Royal Rumble match there will be a monster of a wrestler that starts throwing smaller entrants over the top rope like it’s going out of fashion and has an inevitable stand off with another monster, and the Big Show may well be the one that does that. Plus, who doesn’t want to see Show face off with Strowman just one more time?