Where to Stream Die Hard for Christmas 2022 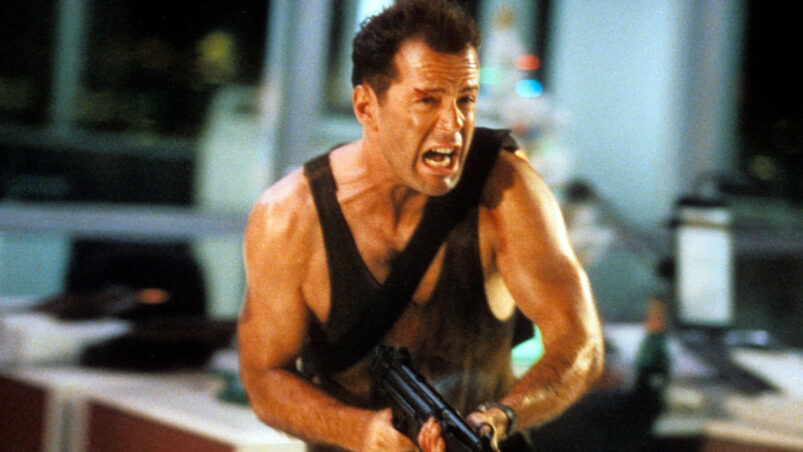 The holidays are upon us, including Christmas. That means watching holiday classics like Die Hard. We’re not here to debate whether Die Hard is a Christmas movie. What we are here to do is help those who do think of it as a holiday movie know where to stream Die Hard for Christmas 2022.

Where Can I Watch Die Hard With A Subscription?

Die Hard is a favorite for many at Christmas. Luckily for those with a Starz subscription, they can currently stream Die Hard whenever they like. Not only can you watch John McClane (Bruce Willis) save everyone at Nakatomi Tower, including his wife Holly (Bonnie Bedelia), from terrorist bank robbers, but the premium subscription service also offers Die Hard 2 and Die Hard with a Vengeance.

A subscription to Starz can come with a free one-week trial, depending on where you get it from. After that, the service costs $8.99 a month and offers a deep library of excusive movies and shows.

Where Can I Buy or Rent Die Hard To Stream?

If you don’t want to subscribe to a service just to stream Die Hard, you have several options for renting or even buying the film. Rental prices start at $3.99, and if you want to own the movie outright, prices start at $9.99.

Die Hard to rent or buy can be found via the following:

Bear in mind that prices will vary per platform.

Why Die Hard Is A Favorite Christmas Movie

Set at a Los Angeles skyscraper during a Christmas Eve party, Die Hard was an immediate critical and box office hit upon release in 1988. Bruce Willis as the New York City cop in the wrong place at the wrong time is still regarded as one of the all-time greatest action movie heroes of the past half-century. Likewise, Alan Rickman’s breathtaking film debut as the leader of the terrorist bank robbers is another reason for Die Hard’s enduring success.

Combine all of the above with brilliant supporting performances by William Atherton and Reginal VelJohnson, as well as some of the best action set pieces ever filmed, and it’s easy to see why Die Hard hits the right notes for so many during the holidays.

READ NEXT: The Best WWE Gifts for Christmas 2022