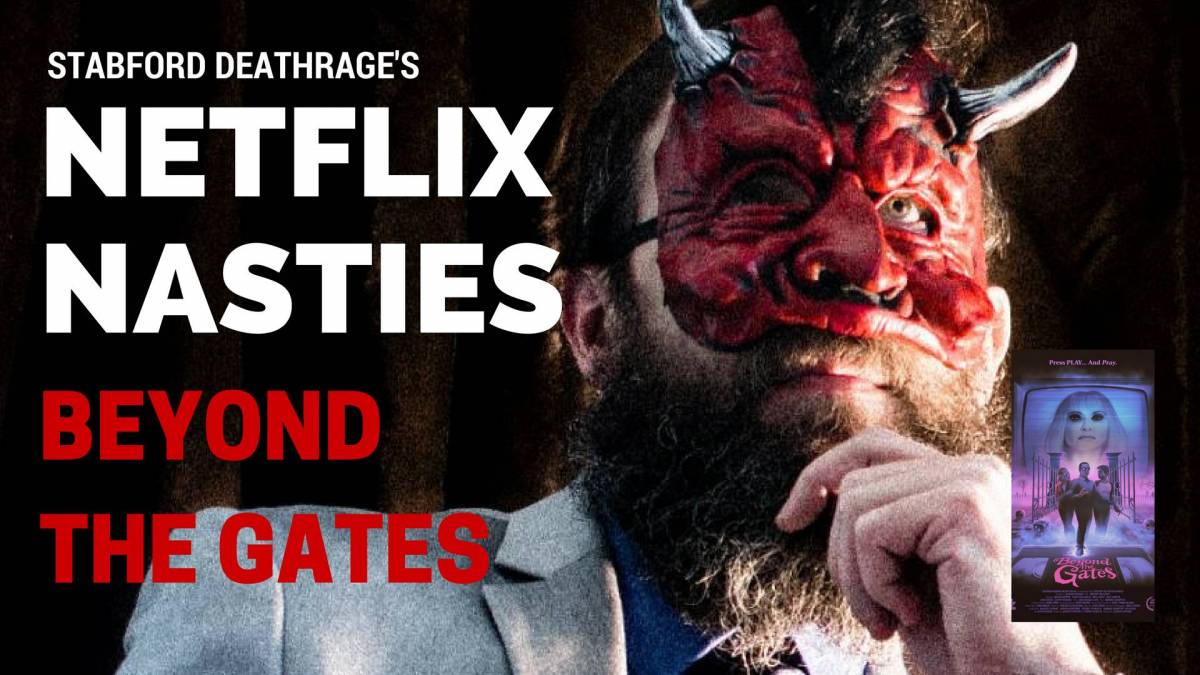 I reached out on Twitter, and asked you to choose which film I should watch. Until just recently, I’ve somehow managed to not have to crowdsource my choice of films to review. I’ve watched some of the worst films ever shot, and I chose to watch them. No one forced me, although I’m still not sure why I did it.

Prepare yourselves for some harsh truth: Your taste isn’t much better than mine. It’s slightly better, but that’s not saying much. I’ve seen Malibu Beach Vampires, and no one talked me into it. Why, I still don’t know.

Don’t get me wrong, I completely enjoy no longer having a lot of say in what I review. It keeps me from scrolling endlessly through Netflix. And it allows me to assign blame elsewhere.

Unfortunately, I think some of you have lost the plot. The idea of this exercise is to pick the WORST film, not one that I might enjoy, or at least tolerate. I appreciate your misguided attempt at kindness, if that’s what it is, but that doesn’t really help me get the job done. It’s almost as though none of you have ever heard of torture, which honestly surprises me. I would assume if you’ve read any of my reviews, you’ve become accustomed to torture and know how to properly dish it out. If you’re new here, well, you’ll get the hang of it. On to the film.

A mirthless normie returns to his hometown to close his father’s video store, and you can tell this guy is a square because of the khakis and glasses. He reunites with his estranged, nondescript, ne’er-do-well brother, and you can tell he’s the ne’er-do-well because of the army jacket, and it’s cringeworthy and slightly boring. While the brothers are desperately trying to cobble together two personalities and barely finding enough for one, the camera dollies past rows and rows of shelves, filled to bursting with vintage VHS tapes. The brothers really seem to hate this incredible time capsule of awesome, which means it’s pretty darn awesome. Why they are trying to close this goldmine of antiquated media is beyond me. Don’t try to tell me no one owns VHS players anymore, that’s not important right now. What is important is that it seems to be a real place that exists, and if it does, it should exist always. It’s breathtaking. If it were possible, I would shove these two thumbnail-sketched characters out of the way, and pan the camera past every shelf for 90 minutes, and watch it with relish.

20 minutes of failed character development ensues, and I would be hard pressed to recall any relevant backstory or even the brothers’ names. The female love interest is introduced, and it’s apparent she’s only purpose is so she can be threatened with danger at a later time. An odd Ambien reference is set up as a plot point which is then abandoned.

Thankfully, the brothers finally decide to check out the locked video store office of mystery. In it, they discover a sweet board game that looks like an occult version of Clue with skulls for game pieces and a VHS tape of a disapproving, scowling host controlling the game play, and I covet it terribly and this mean-spirited game host is life goals. This game is supposedly the cause for the father’s disappearance, but that’s never fully explained. The mean lady in the tape says some slightly threatening things, and the two brothers call their cop friend to check out the video because I guess they’re enormous chickens scared of a board game that could kill them. I’m not sure how a cop will help in this instance other than providing an excuse to have him killed off later.

48 minutes in, the guys find a buried voodoo doll. Because the game tells them to, they cut out a key from the doll’s chest, which gruesomely kills their disposable drifter friend causing his intestines to burst out of his body, which is totally like duh, that’s how voodoo works, geniuses.

The brothers play the game a while because it’s in the script, and large metal gates appear in the basement, justifying the title of the movie. If you’re looking for some sort of dramatic gate-opening sequence involving an entrance into a expansive, hellish landscape, well, get prepared to be disappointed, because that would be sick as all-get-out which means it won’t happen and would require a budget this film doesn’t have. Predictably, some monster hands reach out from the behind these disappointing, eponymous, and somewhat unnecessary gates, startling no one.

Their cop friend becomes possessed because it’s in the cards, and threatens the brothers with a rifle. The brothers hide behind a wall of conveniently and strategically placed cardboard boxes of VHS tapes because that’s pretty much how people pack and move things. A garden sculpture causes the cop’s head to explode, which as far as special effects goes, isn’t exactly awful. Finally, the brothers’ douchey dad shows up, and he’s predictably evil, which doesn’t explain why the brothers go looking for him.

Seeming rushed at odd intervals, with an unsatisfactory ending, Beyond The Gates has an 80s vibe reminiscent of classic films like House and Evil Dead, which kind of made me want to switch off Beyond The Gates and watch those films instead. Although considerable time is spent trying to develop the main characters, I couldn’t tell you their names even if I were waterboarded. Featuring some OK effects, it does have at least one pulsating, gooey heart, and atmospheric fog and blue and red lighting adds some visual interest. The chick on the videotape is pretty compelling but tragically underused, even though the way she’s presented isn’t really how VHS works. And of course there’s an uninteresting, violent, cliched dad who’s to blame for these grown men’s vague adulting problems, and I’m not sure why he is being rescued if they didn’t like him that much. And don’t forget the star of the film, that video store. Someone give it an Oscar. Overall, I didn’t hate Beyond The Gates, but don’t take that as an endorsement.

Next time, try harder to punish me.