Home
Gaming
Splitgate, Multiplayer & The Joy Of Everyone Being Clueless
Gaming
·4 min read

Splitgate, Multiplayer & The Joy Of Everyone Being Clueless 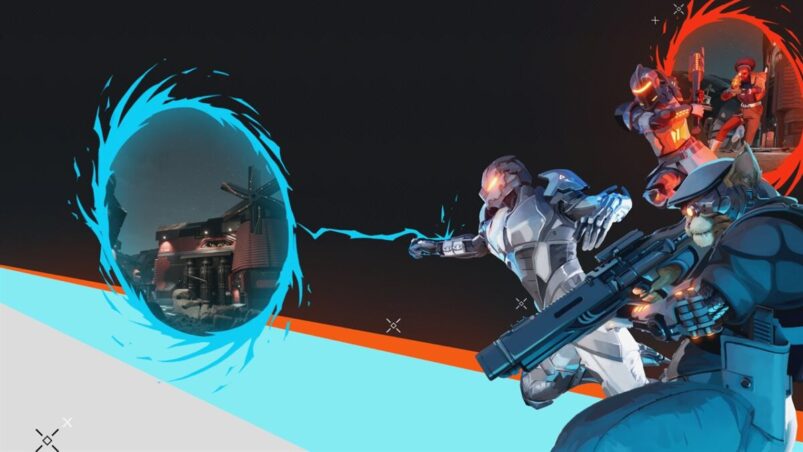 If you haven’t heard already, Splitgate is a lot of fun. Touted as a mix between Halo and Portal, the game does little to shy away from its genre fusion comparison. You have two portals, so that’s obvious enough, while half the guns and modes feel like they’ve been lifted straight from Halo in the first place. There’s even an announcer who keeps shouting when you rack up multikills and killing sprees. It’s an accurate summation of the game’s formula, but as a multiplayer game with a somewhat higher concept than just point and shoot, it’s led to a fair amount of confused new players.

This is fine, of course, as these early “dark ages” of a multiplayer game are where games like this tend to shine the most.

I use the term “dark ages” not as an insult, but as a comment on how much information and skill is present in a game. When a multiplayer game first launches, everyone’s on an even playing field as they don’t understand the maps, the weapons, how the objectives work or the cool movement tricks that allow you to reach previously inaccessible areas. Everyone’s figuring it out for themselves, and while everyone does so at a different pace, not having to worry that someone is too far advanced than you is pretty liberating.

Playing Splitgate right now feels like that, as people are still trying to figure out how best to use portals to establish tricky lines of sight, traverse the map with incredible speed and essentially make the most of the tools 1047 is providing them. Being able to formulate your own strategies along with everyone else, and learning without being rolled every time you jump on, makes multiplayer gaming that much more enjoyable.

Jumping into a game of Domination or King of the Hill, you’re likely going to be entering a lobby filled with players who are yet to figure out that they can use portals to quickly contest objectives, making attacking and defending much more unpredictable. It’s almost like you can see the evolution of thought patterns for other players in some games. They’ll start out slower, before realising “wait, I can do these things”, with matches slowly getting more intense as a result.

Then you jump into ranked mode and get crapped all over immediately.

When a multiplayer game has been out for a while, skill gaps or even just skill-based matchmaking tend to make matches much more tryhard-y, I guess is the word. You can’t just throw yourself into a game and learn for yourself, as all the strategies have been figured out and disseminated. Either you play the optimal way, or you get shafted whenever you try to play.

Alright, I’m clearly exaggerating with the getting shafted line, but there’s something about playing a multiplayer game at launch that shines in comparison to a few months to a year down the line. For instance, I recently got back into Apex Legends for about half a season at most, having the most fun with the Arenas mode particularly. It’s only now that I realise that could be due to the mode being new, and thus everyone trying to figure out what the meta picks were.

About halfway through the season, mine and my friends’ enjoyment of the game severely diminished, as it became clear that those who hopped back into Apex Legends to check out the start of the season had moved on to other things, while those players who spend their entire time as the Champion Squad are left to claim win after win after win. The new season has already been out for a week, and in my head, I’ve already missed the boat now.

It’s just hard to jump back into a multiplayer game after spending so much time away, because it often feels like you’ve become rusty while everyone else has become better and better. Fighting games are a great example of this, as much as I love them. Every day I put off making a return to Tekken 7 is another day of rust, and the mental barrier gets harder and harder to break. It’s not just about games I have played. I missed picking up Strive at launch, and that’s created its own barrier to entry for me, because in my head, jumping in now is just going to leave me feeling worse than everyone else playing.

Meanwhile, joining a fighting game at launch, there’s almost a weird but nice sense of community spirit as players are often just blindly mashing buttons and hoping for the best, figuring out combos sometimes by sheer accident instead of spending 10 hours in training mode. It feels like there’s less weight of expectation when playing a fighting game, or any multiplayer game for that matter, at launch.

As someone who can only really commit to one core multiplayer game at a time (and I’m really excited for that to be Halo: Infinite later this year), it’s impossible to keep up with the rigours of every multiplayer game ever. It’s why these launch moments are more special to me. While I could probably sit there, grinding out the hours to try and “git gud”, there’s just something undeniably magical about figuring out how to play a multiplayer game with other people, not because you got stomped on by them.

READ MORE: tHE Best PS4 Multiplayer Games You Should Play