Splitgate Is Rad Right Out The Gate 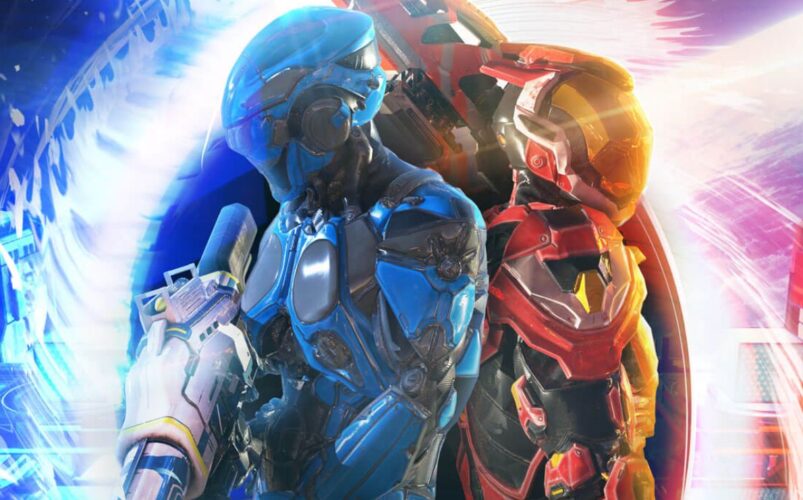 It’s been a long time coming, but Splitgate is finally dropping on consoles, and it’s one of the most exciting releases in a long time. Splitgate launched as a free-to-play title on PC in 2019, with the developers 1047 Games now fully launching the game on PS4, PS5, Xbox One and Xbox Series X | S. The game’s seen a brand new wave of popularity thanks to the recent cross-play beta, breaking concurrent player records on Steam despite being 2 years old, while becoming the number 1 free game on Xbox to boot. After finally playing Splitgate myself, it’s not hard to see why: this game is absolutely rad.

Dubbed as Portal meets Halo by IGN a few years back, Splitgate pretty solidly lives up to that comparison. From a gameplay perspective, Splitgate feels closely aligned with the gameplay of Halo Reach/Halo 4. The gunplay, the weapon types and how punchy they feel, along with the selection of modes on offer, brings back memories of that classic Xbox franchise. Seeing Team SWAT, a headshot-focused mode borne from Halo itself, or Team Oddball and VIP reiterated here in Splitgate triggers a lot of nostalgia. If 1047 Games also feel like recreating Grifball for this game too, I’d be down.

While the weapons and modes might look and feel like Halo, it’s the portals that add that extra dimension to Splitgate’s rounds of fragging. Tied to the bumpers, players can set two portals down on certain walls, floors or ceilings within the map. These can take you from one corner of the map to another, and there’s no cooldown on placing portals, meaning you can use them as you like to traverse the map and escape danger.

The portals take a lot of getting used to, as they’re a complete departure from the traditional norms of multiplayer shooters. Players shouldn’t normally have the powers to transport themselves around the map at will, so Splitgate forces you to think about how to use your portals effectively to complete your objective.

Just from a few hours of playing by myself, I managed to create some interesting strategies. For instance, the map Atlantis features a huge chamber in the middle, with portal walls located above the entrances/chokepoints. While that might not seem like much in and of itself, a mode like Team SWAT, with one shot kill headshots, can allow players to utilise this off-angle. I set up a portal inside the chamber and the other in a secluded corner, essentially using the first portal as a makeshift sniper nest to ping headshots while the enemy walked through unaware.

Another few instances of awesome ingenuity encouraged by Splitgate happened during Team Oddball. At the start of a round on Pantheon, I noticed that the ball was located in a room filled with teleporter walls, yet everyone was walking to point, using their legs like simpletons. After leaving my first portal in a secluded area, I managed to use my second one to teleport in, grab the objective and run out, allowing my team to get an early advantage on the objective score practically uncontested. You could even use the portals to get the drop on people camping in certain spots, emerging from unexpected positions to surprise your opponent.

Splitgate is in an interesting position, because if the game didn’t utilise portals as part of its core game design, I’m not sure that it’d be quite so successful. The core gunplay is rock solid and incredibly fun in its own right, but the map design and overall aesthetic choices feel a tad uninspired. There’s some decent armour types, sure, but it’s a bit bland on the presentation front, and the maps don’t exactly stand out the same way that classic Halo maps would. Left on its own, Splitgate probably would struggle to find its own identity. A couple of players would enjoy it, but it certainly wouldn’t be breaking any records.

However, the introduction of portals into this already great feeling multiplayer shooter gives Splitgate an almost strategic edge. Without trying to sound too pretentious, Splitgate might just be the multiplayer for those looking to test their brain power along with their dexterity. Being able to ping headshots from across the map doesn’t matter so much when the portals allow players to make the play space their own, outwitting and outmaneuvering their opponents with style and flair.