Give this a whirl. 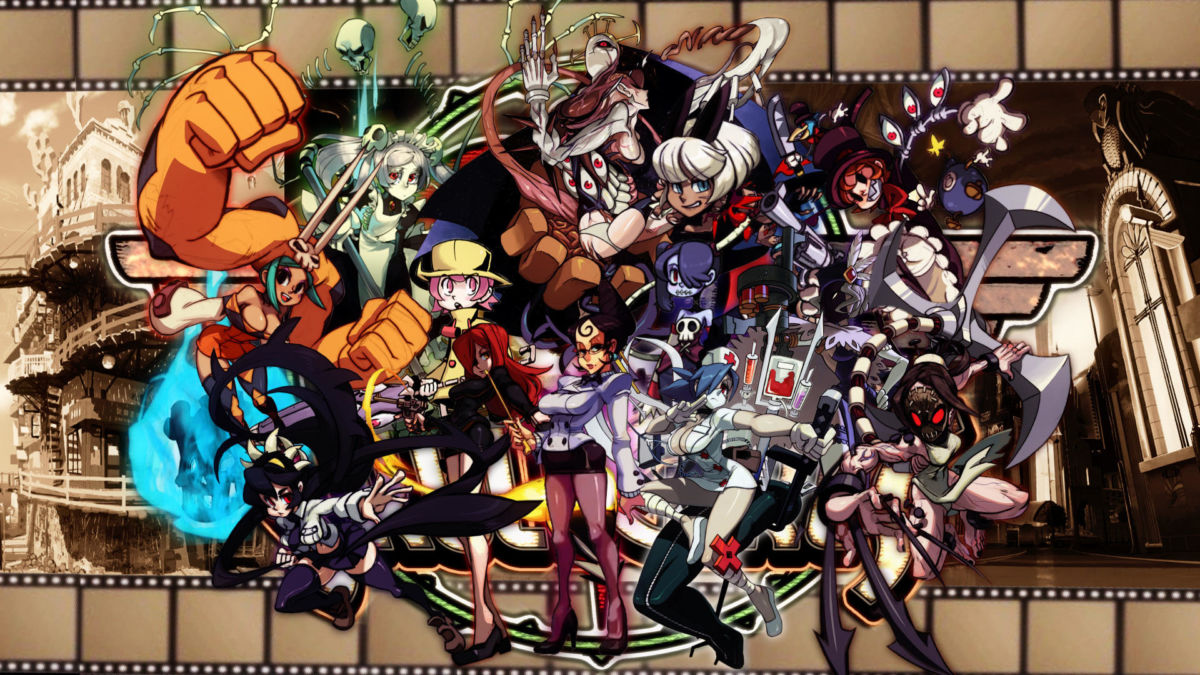 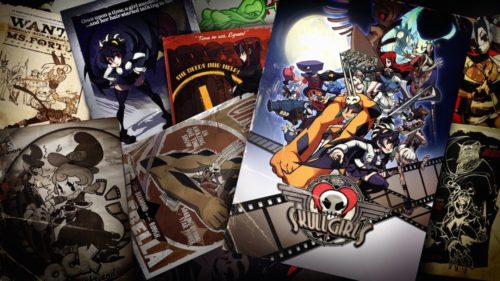 It’s been a long time coming, but Lab Zero’s Skullgirls: 2nd Encore is finally available on the Nintendo Switch following a difficult porting process. After being announced for a February 2019 release, the Switch version was delayed for over half a year, while the also announced Xbox One port has been “postponed indefinitely due to unforeseen development and production challenges”. Now that Skullgirls is available on the Switch, it was definitely worth the wait.

Released in April 2012 for the PS3 and Xbox 360, Skullgirls is a 2D fighting game created in a similar mold to the Marvel vs Capcom series, incorporating aspects from Capcom vs SNK to boot. You control a team of up to three characters as you do battle to determine who will defeat the monstrous Skullgirl and claim the Skull Heart, an artifact capable of granting your wishes should you be pure of heart. 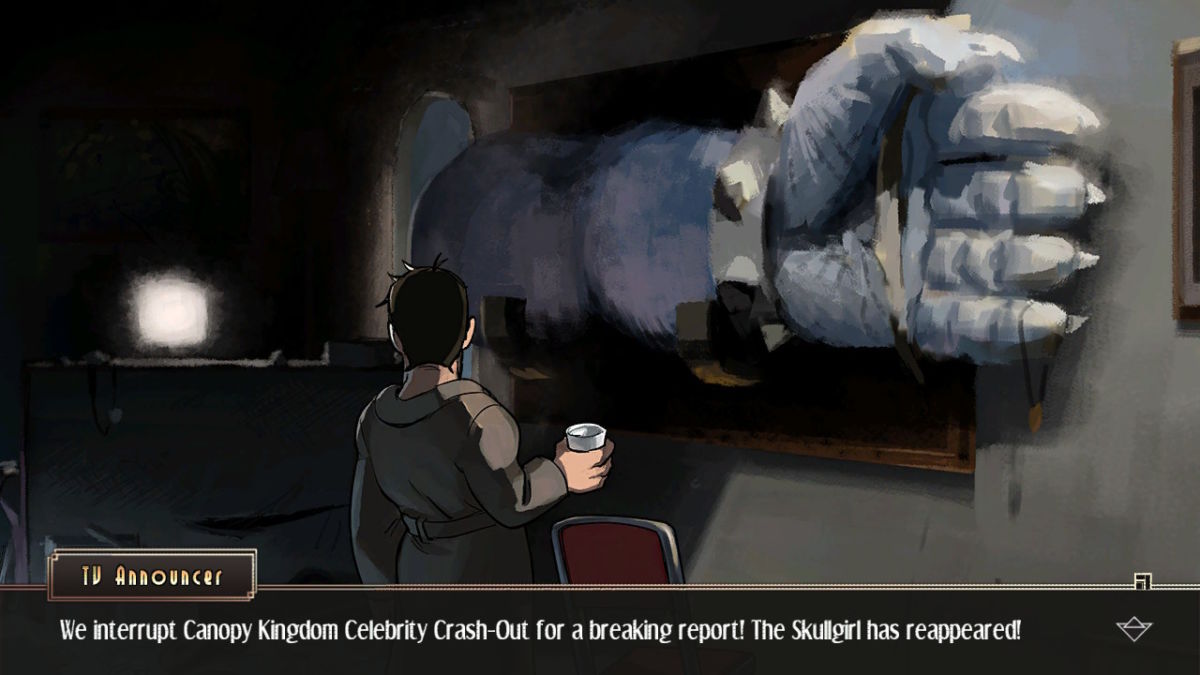 Skullgirls: 2nd Encore is an enhanced version of the original game, including all previously released characters, a fully voiced story mode, in-depth tutorials and character trials to get you fully acquainted with the mechanics and roster, along with a challenge mode that’ll really test your mettle. Unquestionably, 2nd Encore is the definitive version of Skullgirls available.

The core gameplay revolves around the same usual tag fighter mechanics as games like MvC or Dragon Ball FighterZ. Players can tag fighters in or out, with benched fighters recovering health, while assists can be used to extend combos or cover your approach. It’s a familiar system, but one that Skullgirls makes its own by incorporating ideas from other games or by introducing its own. 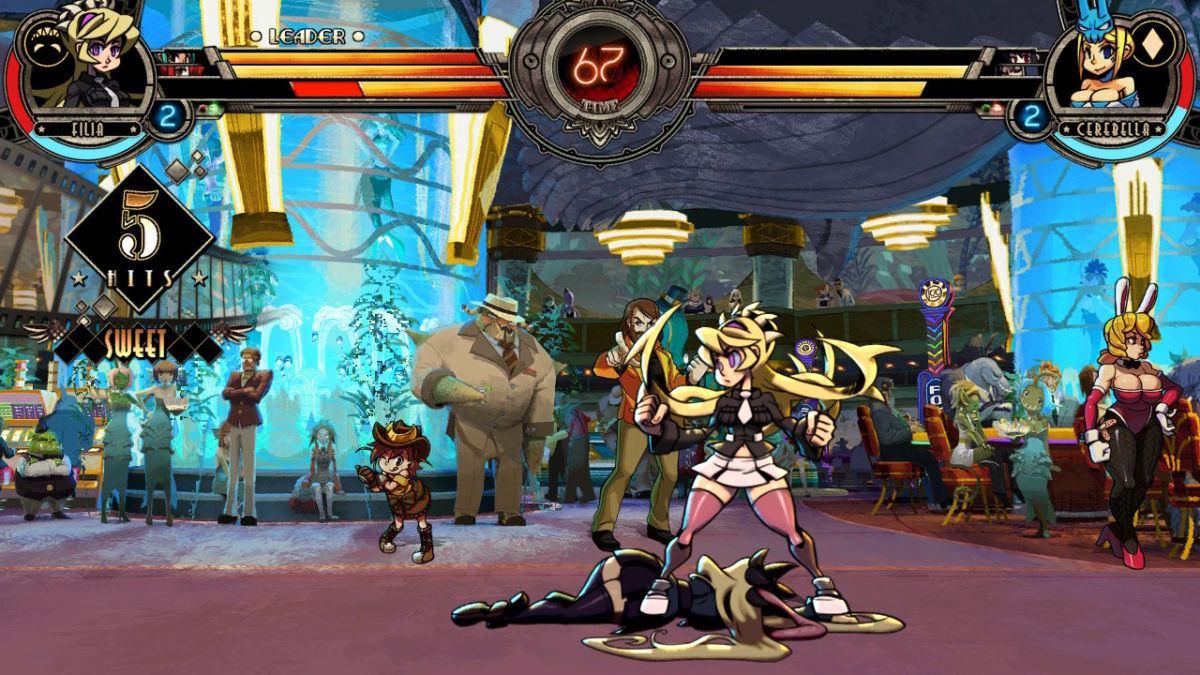 Similarly to Capcom vs SNK and its ratio system, you can either go solo or play as a team of two or three characters. While lone characters are incredibly powerful with additional health and maximum damage, teams can switch characters in and out to heal, or use assists to help out in combat. Each ratio of characters has their own values and merits, so you’re free to play how you see fit without feeling like you’re at a disadvantage.

When picking a team, players can choose which assist they’d like characters to use during the fight, but the cool feature is the ability to set custom assists, whether it’s a specific kind of special move or just a normal attack that you’ve found extends your combo. It’s a feature that might go unnoticed by some players, but for those who find joy in trying to find high damage combos, they’ll have plenty to sink their teeth into here. 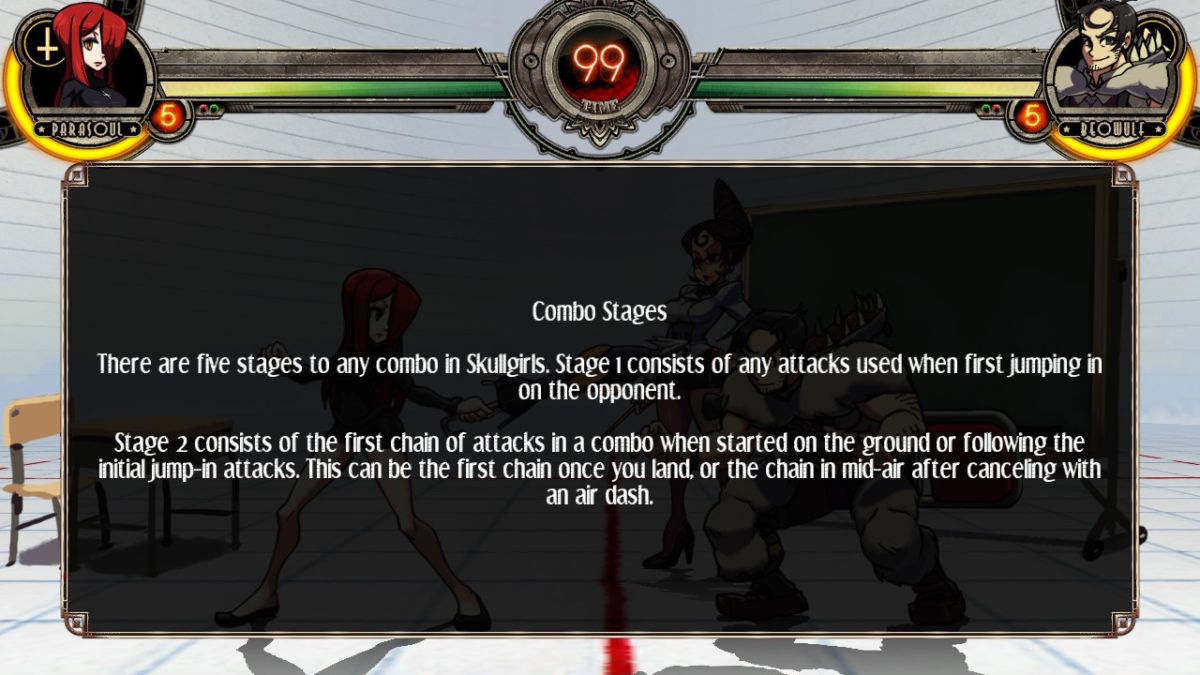 The combo system as a whole feels rather liberating, as it allows for more freedom than other fighting games thanks to the likes of custom assists, generous combo timing and off-the-ground combo extensions. Though the tutorial and trial mode give you the building blocks with which you learn how to use your characters, there’s so much more underneath the surface to discover. Honestly, one of the best parts about Skullgirls is just jumping into practice mode with a new character and seeing what works, which is a great quality to have for a fighting game.

That might sound intimidating for new players, but Skullgirls also gives defending players the tools with which to counter aggressive combos. The infinite prevention system detects when players are repeating moves in their combos, allowing the defender to press any button to break out of said combo. It’s a system that supports new players to defend themselves when fighting more competent fighters, while putting the onus on the attacking player to keep their combos varied. 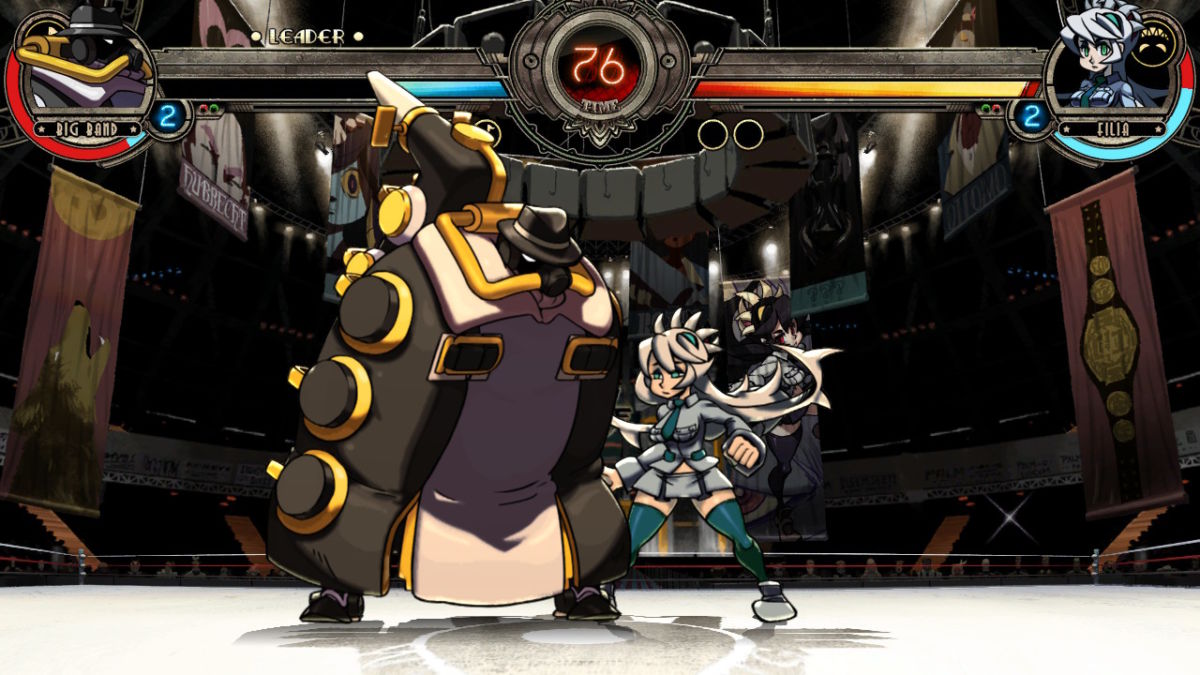 Another notch in Skullgirls’ favour is the beautiful animation, music and overall presentation, with the visuals and soundtrack feeling like they’re ripped straight out of 1940s America. It’s a style that’s completely unique in fighting games, and the animated style creates a varied roster of characters, each with their own abilities and style. It won’t be hard to find your favourite.

Personally, the grappler Beowulf stuck out to me, largely due to the brilliant references to both wrestling and fighting games as a whole. He’s the most fun I’ve had playing as a wrestler in a video game for a long time, which is saying something when you consider the Switch version of Skullgirls launched the same day as WWE 2K20. Either take that as a compliment for Skullgirls or an indictment of a well-documented mess. 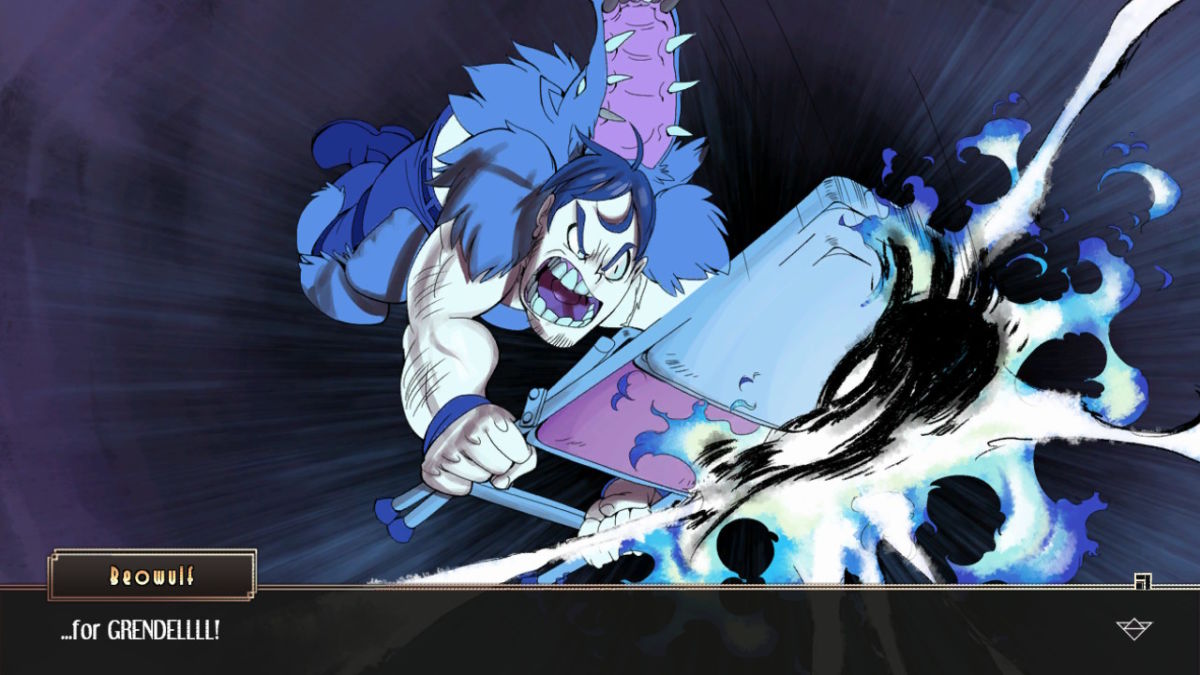 The only real flaws of Skullgirls: 2nd Encore are that the modes available aren’t really substantial enough, though they’re decent enough for a quick play. If you’ve got a bit of time on your commute to work, or you just fancy having a match or two while you’re “taking care of business”, Skullgirls makes for the perfect Switch game.

As for the online component, the GGPO netcode means you have a stable experience to look forward to, but you’ll be lucky if you can find a match. It seems like not many people picked up Skullgirls: 2nd Encore on the Switch, which is a shame as it’s a lot of fun to play and really comes into its element once you start fighting other people.

A copy of Skullgirls: 2nd Encore was provided by PR for the purposes of this review.

Verdict
With beautiful visuals and enough brilliant mechanics, Skullgirls: 2nd Encore is a great addition to the Nintendo Switch eShop.
8