10 Shows Like House Of The Dragon You Should Watch 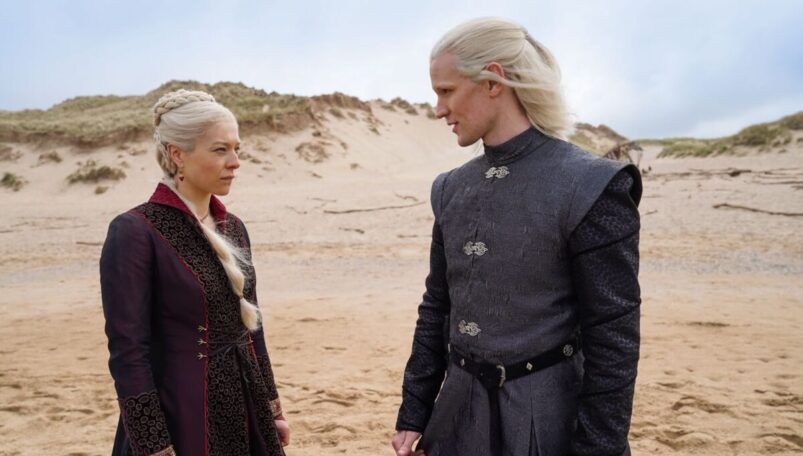 House Of The Dragon

House Of The Dragon has brought Westeros back to our screens, and after the greatest televisual disappointment of the century it’s really quite refreshing to rediscover why everyone loved George R.R. Martin’s smutty fantasy world in the first place. The eternal quest for power, the cast of hopelessly flawed characters, and, of course, dragons, which breathe fire and everything.

The dragons are, if not a unique selling point, then one you don’t see much of outside Westeros these days, that’s why they’re in the title. But if it’s whet your appetite for grandiose political maneuvering, are there any other similar shows like House Of The Dragon you can be enjoying on the side? Yes, there are, but we’re not included Game Of Thrones as that’s just a bit obvious, really. 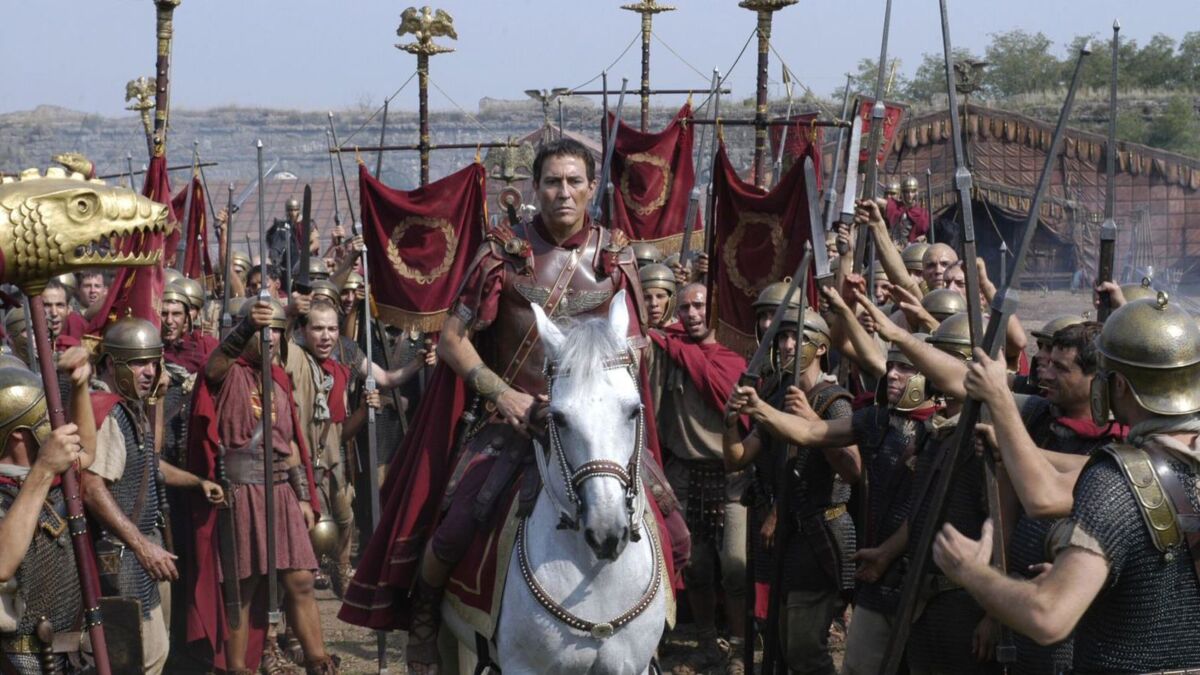 You could well see Rome as a dry run for House Of The Dragon and its associated dynasty – an HBO product that blends the network’s staples of sex and extreme violence with a sumptuously recreated vision of the past. It’s set in the time when Rome was moving from republic to empire, a transition which, wouldn’t you know it, had plenty of sex and extreme violence to go around.

Unlike most historical dramas, this doesn’t revolve entirely around the life and times one big-name figure or dynasty. Obvious A-lister Julius Caesar is in there, but he’s viewed through the lens of two average Roman soldiers, Lucius and Titus, unremarkable apart from the way they happen to turn up whenever something important’s happening.

Not to bring up House Of The Dragon’s predecessor, the show which must not be named, but The Crown shares one of that show’s very strongest qualities – Charles Dance wandering around being sexy and statesmanlike. Although granted, no modern show will have the guts to portray Louis Mountbatten being one-tenth as ruthless and nasty as Tywin Lannister.

But the main event in The Crown is something that’s been at the core of both House Of The Dragon and its disgraced forebear – a broadly sympathetic young woman being thrust into the realm of real power through no fault of her own. And like House Of The Dragon, this rattles through its protagonist’s life and times at a fast pace, moving between different stages of her life with her played by different actresses as she ages. It’s more of a highlights reel than a plodding tale of her going to get the paper.

Lacking dragons, the Borgia family have had to climb to the top of the tree off their own backs – which means we’re not lumbered with the usual well-meaning clot decoy protagonist before we start following a real political operator, we can leap in at full speed. Here, the main man is Jeremy Irons in full moustache-twirling antihero mode, as the Pope.

From Irons on down, it could just as easily have been titled ‘Borgias behaving badly’ (as, really, could the actual period of Italian history depicted). The whole family is a roll call of things you’d rather people in positions of power don’t even think about, from simple murders to actually selling positions in the church hierarchy.

The Targaryens, a clan who also unexpectedly came in and took over using a dragon as their symbol, were probably drawing at least slightly upon the Tudors in the first place. And when House Of The Dragon presents us a king who desperately wants a male heir and doesn’t really care how many of his wives have to die before that happens, the parallels become a bit too glaring to possibly ignore.

Is it cheating to include a second entry where the plot largely stems from the various antics of Henry VIII’s wandering penis? Perhaps, but the main man here, Thomas Cromwell, is a level down from the king himself, and is the best analogue for Rhys Ifans’s scheming Otto Hightower you’re likely to get at short notice (contra Game of Thrones, and its Laurel-and-Hardy style double-act of Littlefinger and Varys).

So this is at a remove from the high-school antics of Henry and the other attractive, popular kids, focused firmly on behind-the-scenes power brokers like Cardinal Wolsey, Thomas Cranmer, Thomas More, and of course Cromwell himself, as played by Mark Rylance. Wolf Hall’s more gritty, realistic approach to history is extended to both ends of the spectrum – with the production lighting scenes with candles, and the backroom dealings turning out to be pretty thankless roles.

The main parallel here that makes The Witcher one of the shows like House Of The Dragon is that in a world full of magic and CGI beasties, the biggest challenge to suspension of disbelief comes from the main characters’ silly white wigs. No, perhaps that’s unfair, despite being very different bloodlines of fantasy story, The Witcher represents a similarly gritty treatment of the genre, specifically one that isn’t all buttoned up with Tolkien-inspired temperance and modesty. Say it quietly, they’ve made fantasy sexy.

As that goes, you’d expect any AAA TV release, and certainly one based on a video game (itself based on books), to be focused on a battle of the saucepots between part-elf sorceress Yennefer and important princess Ciri. But no, the main attraction has consistently been Henry Cavill’s Geralt of Rivia, popping his shirt off and getting in the bathtub more often than he delivers a complete sentence. 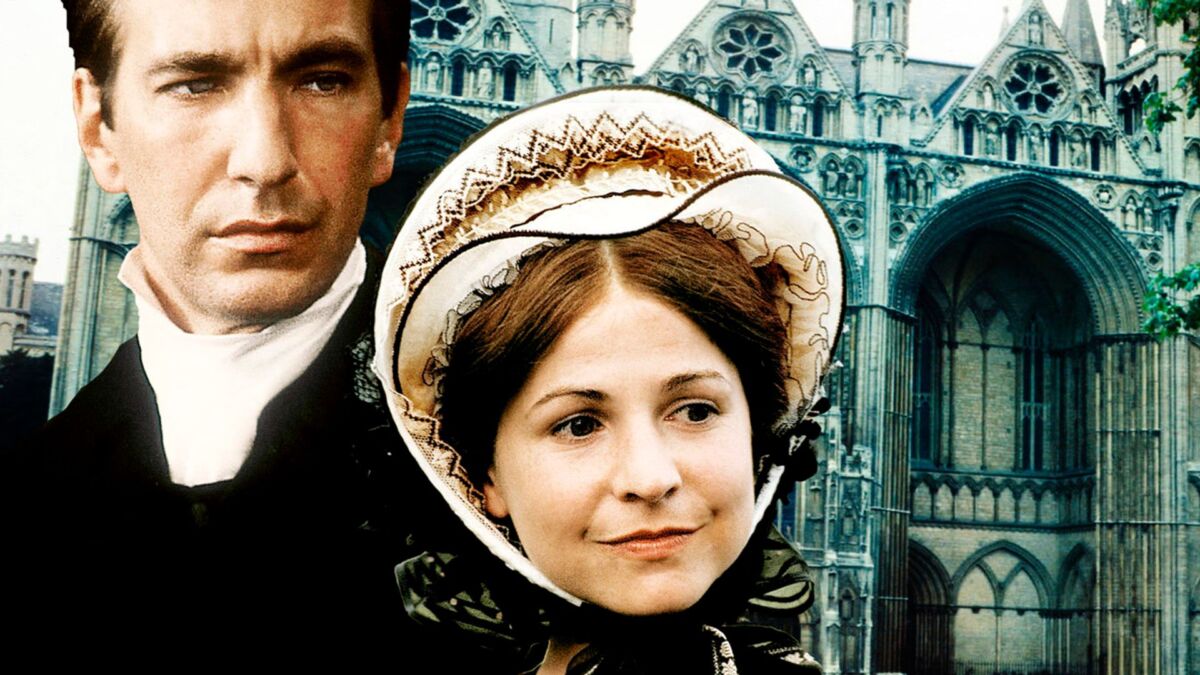 To establish this right off the bat, The Barchester Chronicles don’t have any sword fights or even a little dragon attack. If those are what you’re here for when it comes to shows like House Of The Dragon, then you can safely scroll on down to the next one. It’s cool, you’re among friends.

It does, however, have the kind of pre-electricity politicking that House Of The Dragon has demonstrated (loud and clear) there is a massive, hungry audience for. If you’ve enjoyed having to acquire a working knowledge of all the different noble families in a large, fictional country, you’ll adore figuring out the intricacies of local ecclesiastical politics in The Barchester Chronicles.

The thing about dynasties is that, sooner or later, you’re going to run into a change of leadership. This has been baked into House Of The Dragon from the start (poor Paddy Considine, actively becoming iller and feebler with every week that goes by), and it’s what Succession’s all about – Brian Cox’s billionaire CEO is getting on a bit, and his children are already looking to pick the bones.

The kids are as repugnant a selection of ghouls as you might expect from a family too wealthy for consequences, but (as seems to be a trend on this list) that’s all part of the fun. The show was created by Jesse Armstrong, also the creator of Peep Show and Veep, two shows which were firmly about how amusingly awful it was possible for humans to be. Apparently Armstrong originally conceived of Succession as a biopic about Rupert Murdoch’s family – take from that what you will.

Well, this was basically the original, wasn’t it? In one sense, you could dismiss The Sopranos a family drama, but it just so happens that this family are powerful, dangerous, driven by pride, lust, and shame, and dysfunctional in a way viewing audiences simply can’t get enough of. And just to be completely clear, when we say ‘family’ here it means both ‘immediate blood and marital relations’ and ‘mafia’.

James Gandolfini as Tony Soprano was one of those roles that go beyond simply being career-defining, and bend the medium around their surface. And while he’d eventually end up scrapping it out with one of New York’s bigger Mafia clans, in the early seasons it really was a family affair, with the ultimate baddy being his profoundly unpleasant mother.

This time, the dynasty facing a succession crisis is a hip-hop label – an element which helps to provide a tough, hard, street counterpoint to all the boardroom machinations. It’s not dragons, but it’s still blood and thunder. And, by nature of the industry, the show also includes more singing and dancing than modern prestige dramas typically manage to shoehorn in.

Empire suddenly became notorious in the real world in 2019, when the characters’ bottomless ambition seemed to rub off on main cast member Jussie Smollett, and he very publicly claimed to have been the victim of an elaborately staged hate crime. House Of The Dragon, and pretty well every other show on this list, grapples with the question ‘what would you do for power?’ – well, there’s one example.

READ MORE: 10 Shows Like Rick and Morty You Should Watch