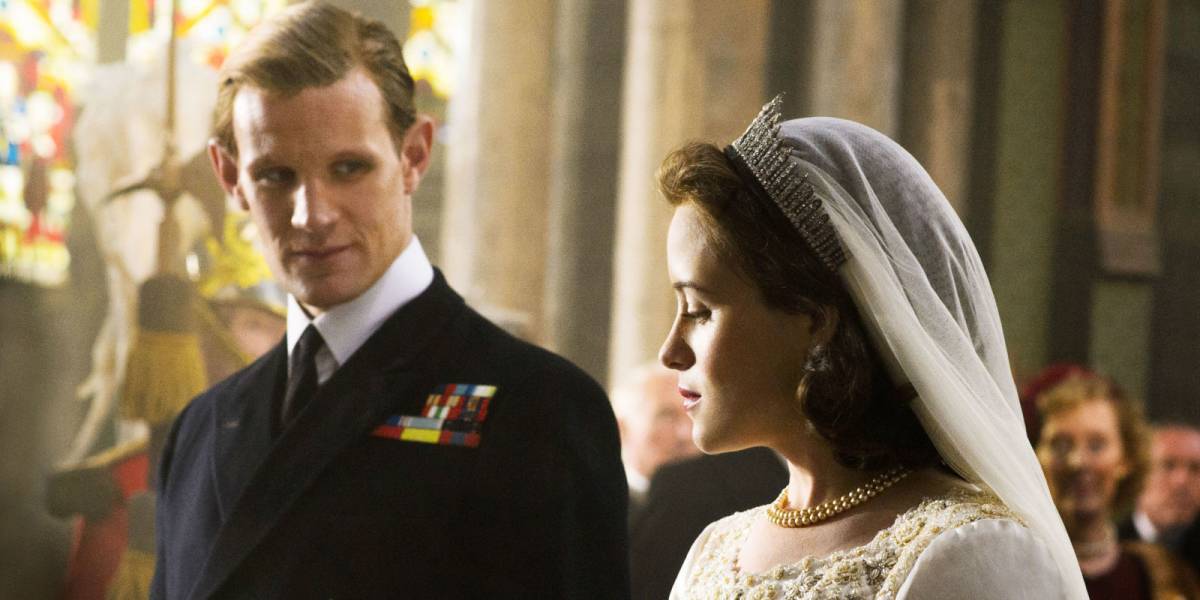 Last week’s monumental and harrowing presidential election result did little in terms of installing people’s faith in the democratic system. Perhaps we should all return to a monarchical society, where we the people, are freed from the burden of democratically choosing our leaders. If a blonde wig wearing, sexist, racist and bigoted Orangutan with the temperament of an angry twelve year-old gamer can be elected as leader of the free world then what’s the point?

I jest of course. However, it seems rather fitting that in the same space of time as Brexit and Donald Trump being unveiled as the 45th President of the United States, (both of which painfully revealing a rapidly shifting cultural climate and ever divided British and American nations), Netflix have released their new big budget drama on the British monarchy.

Focusing on the reign of Queen Elizabeth II, the inner workings and drama of the Royal family and the ever-dwindling influence and power this monarchical institution has over the nation they seemingly rule. The series itself acted as both an intriguing, intimate character study of a shy young women, reluctantly being thrown into the spotlight against her better desires, who must learn to control and maintain not only her own emotions but that of her closest family and subordinates. Ultimately, the crown became a tragic tale of a woman gradually choosing to close off her humanity, her natural instincts of compassion and her role as a sister, daughter and wife in order to be a successful ruler.

However, whilst primarily being a character drama, following the trials and tribulations of Elizabeth or Lillibet as she is known, the series flourished far more when focus was shifted to other historical aspects of the time. The show would often leave the young queen behind, not featuring her for considerable periods of time, instead casting its eye on the final days of Winston Churchill’s political career, the betrayals and deceit behind a post-war Number 10, the great smog of 1952 which cost the lives of 12,000 people and the somewhat pitiful existence of Edward VIII who refused to become king in order to marry the woman he loved.

These stories and characters, handled with an impressive level of sophistication by the creative leads, were the ones that kept me gripped and got me returning episode after episode. Certain plotlines and character studies, most of which bizarrely rooted in truth, often resembled more biblical and Shakespearian narratives. The conflict between King George and his brother, the abdicated former king Edward VIII, is extremely reminiscent of the tale of Cain and Abel.

Ironically, however, for a show called The Crown, the series’ strongest moments are when it isn’t directly spending time with the royal family. Watching this new costly 10-part drama was often a rather conflicting experience. At times feeling awe, admiration and enthralment from the fascinating storytelling, the impeccable filmmaking, the graceful acting (Claire Foy delivering a powerhouse performance as Elizabeth II) and welcome hourly history lessons. Yet, this was often met with an intuitive angered sentiment toward the mostly accurate depiction of the monarchy itself.

My entire life has been lived as an apparent anti-monarchist, finding the entire institution and mentality ludicrous and offensive. Often finding bewilderment and that same sense of fury toward many of my pro-monarchist friends, family and colleagues. So it seems odd that I tuned in for this lavish, apparently positive portrayal of the royal family. However, the show dispelled many of my previous prejudices and predications, not only balancing its views on the institution of royalty but also painfully widening my previously ignorant eye on the history and lifestyle of our monarchy.

The Crown provided an insight into how these people lived, how they perceived themselves and how persons outside the family perceived them. It was stunning to me to see the extravagant and pompous existence our country in the 1950’s gave to this royal line, only to realise that not much has changed in over sixty years. The popularity of the Queen, Prince William, the Duchess of Cambridge and their smug three year old son (he knows…) proving our nation’s continuing desire to hold these people in high regard. Perhaps that is the true strength and purpose of the show; gazing its eye on the past to argue the present.

As the show progressed, its relevancy to modern society becomes even more apparent and only highlighted, whether intentionally or not, the extremely outdated notion of the monarchy and a (slowly) fading traditionalist culture.

The debut series suffered from both the weakness and strength of the royal family itself. Featuring talent of the highest order, both in front of and behind the camera, it often found itself becoming quite self-involved and at times, extremely indulgent. The show’s devoted nature to the crown often narrowed its point of view and ultimately hindered the level of empathy you could feel toward many of the characters. As much as they tried, it’s hard to feel truly sorry for Prince Phillip (played by Matt Smith), over his dilemma to begrudgingly leave one multi-million pound property to live in another, or him not being allowed to fly the aeroplane he didn’t pay for and instead having to attend fancy dinner parties against his wish (pfft… it’s a hard life).

This issue became all too familiar across multiple characters – it’s hard to truly empathise and invest in a character or particular plotline when you know the stakes are either incredibly low or just are not relatable to anybody else other than the Royals themselves. An interesting scene early in the series sees the ailing former Queen Mother (Eileen Atkins) displaying her interesting view on the Monarchy and why she believes them essential and crucial to society, stating that they are needed to offer an ideal of class, hope and nobility for the plebs they rule over.

The show’s level of focus was a turbulent experience at times. At one moment you find yourself enthralled in Churchill’s political demise or glued to the relationship between two sisters being shattered only to find yourself being pulled away to Scotland to watch the Queen Mother’s taking a holiday and doing a spot of luxurious property shopping with her bottomless wallet and riding horses along the beach. Who cares? Let’s get back to Downing Street!

The series also desperately lacked another perspective on the theme of social and class politics of the 40’s and 50’s. Take 2010’s The King’s Speech for example, which dealt with many similar topics and plot lines, telling the story of Colin Firth’s stuttering King George and his relationship with Geoffrey Rush’s speech therapist. Whilst that film has issues of its own, one of its assets was its ability to not only cast insight into Royal Life but also that of working class Australian immigrants living in England trying to make ends meet. The compare and contrast nature of this device put things into a greater perspective and broadened the point of view on the Monarchy. Alas, nothing of such weight exists in The Crown season one, only choosing to focus on key powers players and their wealthy, privileged families. It would have been refreshing and effective to see first hand the effects of the royal family’s inner dealing and childish squabbles, had on the nation and the working men and women they apparently protected and ruled.

Now, close your eyes and picture the perfect actor to play the legendary Prime Minister Winston Churchill. Who is it you’re seeing? Is it the dad from the American comedy series 3rd Rock From the Sun? No. No it isn’t. However, blowing everybody’s expectations out of the water and delivering a stellar, grounded and human portrayal of the infamous leader, John Lithgow in The Crown is truly a revelation. He will undoubtedly be making a trip to IKEA in the near future to pick up some new shelving for a role that will likely garner him with awards. You may be seeing a lot more Lithgow in the coming years. In fact, it pains me to say but I strongly believe this show’s monumental budget would have been better spent on a ten-part post-war Downing Street series, as Churchill’s storylines were often the most captivating and absorbing of them all.

Speaking of the lavish budget and production values, every single cent Netflix spent on this series makes it to the screen. Perhaps the high cost was essential in accurately portraying the extravagant lifestyles these people led. However, did we really need to see Prince Phillip standing off against a CGI elephant or taking antique aircrafts for a spin with no evident purpose? Often the budget on display became a little excessive, instead feeling more like creator Peter Morgan’s Christmas wishlist. You could almost hear his wife telling him that she’d always wanted to go to South Africa and Mr. Morgan made it so. It became indulgent to the point where you begin to question when the episode would come that featured an alien invasion of Buckingham Palace and Phillip fighting off against CGI flying Saucers just so Morgan could pump the budget up to Netflix’s demand and desires.

It has its flaws, but The Crown is incredibly well made television and the talent across the board deserve much of the plaudit and awards recognition it will undoubtedly be receiving next year. Its true strength lies in its important and utterly fascinating history and characters that not only shaped the culture we live in today, but are the cornerstones of British culture – whether we like it or not. This is a gracefully well handled first season and if handled correctly, the future’s looking bright for The Crown.