Unleash the corgis of mediocrity and make way for a season of The Crown that ends up being a little ‘meh’. 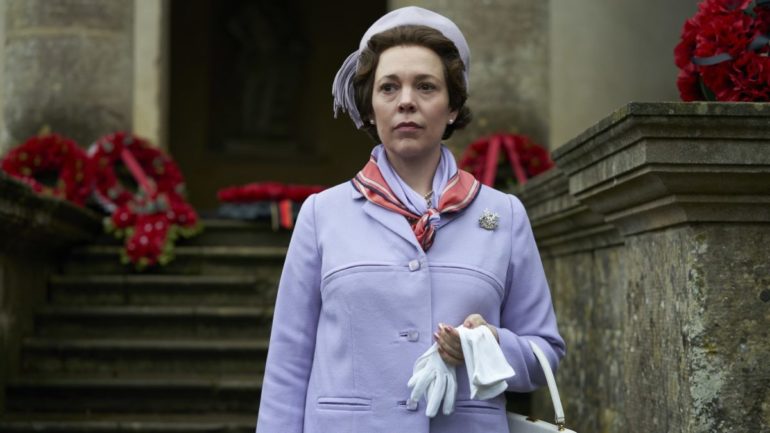 Much of The Crown’s third season dwells on the middle-aged Queen Elizabeth and Prince Philip experiencing their own mid-life crises. Strangely, the virtuoso twists and turns we have come to expect of the show aren’t so strongly present this season, as if the writers too have lost their former vigour. The overall mood appears to be, in the immortal words of Toby Keith, “I ain’t as good as I once was.” Fortunately, there are many saving graces to this season, and it concludes with a strong climax that will keep us waiting impatiently for the next installment.

The first episode provides a jarring introduction to the new cast as Olivia Colman’s Queen Elizabeth proves decidedly less likeable than Claire Foy’s. While Foy at times put on a stern, magisterial mask, she clearly showed a warm core underneath. Colman’s queen is almost always glaring at someone, and it seems there is nothing beneath the queenly facade of dignity and disapproval but more dignity and disapproval. The only time she cracks an earnest smile is when she is riding a horse in a rare hiatus from her official duties. It seems as if all those years of wearing the crown have stripped away her humanity, and she has become the emotionless figurehead everyone expects her to be.

While this is undoubtedly a deliberate choice by Colman, it creates a queen who is in some ways less believable than Foy’s incarnation. Her stiffness and formality, even when speaking to members of her family in an informal setting, strike an unnatural note in her performance.

The plot of the first episode likewise does nothing to endear the new faces of the royal family to the audience. With Cold War paranoia permeating the country, the queen makes a blunder worthy of Rowan Atkinson’s bumbling spy Johnny English when she jumps to the conclusion that her new prime minister must be working for the Russian government. When she not-so-subtly tries to imply that Wilson had something to do with the death of his predecessor, you almost wish Johnny English really would turn up and tackle the monarch.

Meanwhile, the real spy, a prominent connoisseur of art, lectures on the nature of lies and truth as portrayed in early modern paintings, himself appearing “two faced” as the shades of the projector playing over his face make it look monstrous and scary. Yes, we get it. He’s two-faced because he is a spy. A Russian spy, the most evil creature in the known universe. Sadly, the dialogue, which had previously been more poetic, is now often more straightforward and lacking in subtext, or else, like in the previous example, the subtext is spelled out so strongly that it turns into caricature. There are almost no lines reminiscent of subtly incisive words such as “but Margaret is my joy” of former seasons.

Although the season takes off with a stiff and creaky start, it is quickly saved by Helena Bonham Carter as Princess Margaret, providing much-needed comic relief and liveliness to a host of characters who are indeed, as Princess Anne remarks, like so many “reptiles at the zoo.”

Margaret remains her jaded and entertaining party-girl self even while her marriage falls apart. Helena Bonham Carter, as expected, is spot on with her cynical yet vulnerable and increasingly tragic portrayal, something like a blend of her former roles as the irascible Red Queen from Alice in Wonderland and the mysterious and wronged witch from Big Fish. “Please don’t tell me you want to talk about children,” she quips when meeting the wives of visiting astronauts.

Tobias Menzies as the new Prince Philip is not only accurate down to the tone of voice of the real prince but also at times winningly poignant. In one storyline, which at first sounds preposterous, Prince Philip, member of one of the most select groups of people in the world, envies the members of an even more select group of people: astronauts. He feels old age creeping up on him, and he wishes for more adventure and meaning in his life. Cry me a river. But if there is any show that can make us sympathise with the oft-hated privileged white male, it is The Crown. On the one hand, its main characters live in a palace and are waited on by an army of servants. They’re not exactly underdogs. On the other hand, being publicly embarrassed by family members, thrust into roles that go against their beliefs, or feeling like they missed their calling in life, they go through many of the same hardships as ‘regular people’ do.

Moondust turns out to be one of the best episodes this season, in no small part thanks to Menzies, who conjures up the misery of falling into middle-aged obscurity only to deliver an earnest and uplifting monologue in an emotional finale.

The chemistry between the queen and her husband is lacking, but the gap in their romantic plot is filled in by that of young Prince Charles and Camilla Shand. Elizabeth once again plays unwilling villain to the young couple, just as she had done with Princess Margaret’s “inappropriate” love affair. Tradition again stands in the way of love, and Charles joins the long line of royals whose personal lives were foiled by outdated prejudice.

Josh O’Connor gives us a welcome character to root for among the gallery of stern faces. His youthfully awkward Prince Charles tries to be open-hearted and generous, even while being persecuted by nearly everyone else. His own mother tells him that literally no one cares about his opinions. Ouch. The writers definitely stack the deck in his favour, making him seem like one of the few people who are concerned with making progressive changes in the country.

Jason Watkins adds a wonderful turn as Prime Minister Harold Wilson. His hilarious voice, similar to that of the real PM, is perhaps slightly overdone to compensate for the boring yet not completely unlikeable character he plays, an uninspiring politician who could be seen as the face of unimaginative bureaucracy. His discomfort is evident in one of the best scenes of the show in which the queen forces him to relate all the dirty limericks Princess Margaret spouted at the White House.

The Crown may have lost some of its brilliant dialogue and plot, but it still poses interesting questions. They may be the same questions that were posed in seasons 1 and 2, but they are explored in a new way through the eyes of different characters and the lens of a new historical era. What makes a good leader? Should a monarch sacrifice their happiness for the common good? And are corgis superior to pugs as royal pets?

The death of Sir Winston Churchill, which symbolically occurs early in this season, marks the dividing line between a time when people passionately and perhaps naively believed in the heroic leaders of the WWII era and the new age of soulless suits whose highest aspiration is not to screw things up too badly. Harold Wilson expresses this best when he says, “Our job is to calm more crises than we create…and in a way, your absence of emotion is a blessing. No one needs hysteria from a head of state. And the truth is, we barely need humanity.”

Ironically, this was meant to comfort the queen when she confesses to being emotionally stunted, even in the face of the great tragedy at Aberfan. But how comforting is it to think that a self-proclaimed “numbers man” takes pride in his humdrum ways while running the government like a business, and poorly at that?

This is the debate at the heart of The Crown. Impulsive and emotional people like Princess Margaret might be more charismatic, more likely to try to make positive changes, but if given the power to rule, would they leave chaos in their wake? No doubt the general sense in the royal family is that if she had the slightest bit of real power Margaret would soon run the country into the ground with her chain-smoking ways and her – gasp – irreverent sense of humour. Elizabeth, on the other hand, is often praised for her Steady Eddie approach to ruling. She may not express any opinions of her own, but she keeps things chugging along. However, just because the UK has not been completely incinerated or blown up during her time, can her reign really be called a success?

The answers are not clear cut, and one can expect no less from this visually stunning spectacle in which various opinions and visions mingle to take us on a rollercoaster ride of an era from its most beautiful to its most depressing moments. Onwards to season 4, where Princess Diana and Margaret Thatcher will make their first appearance. 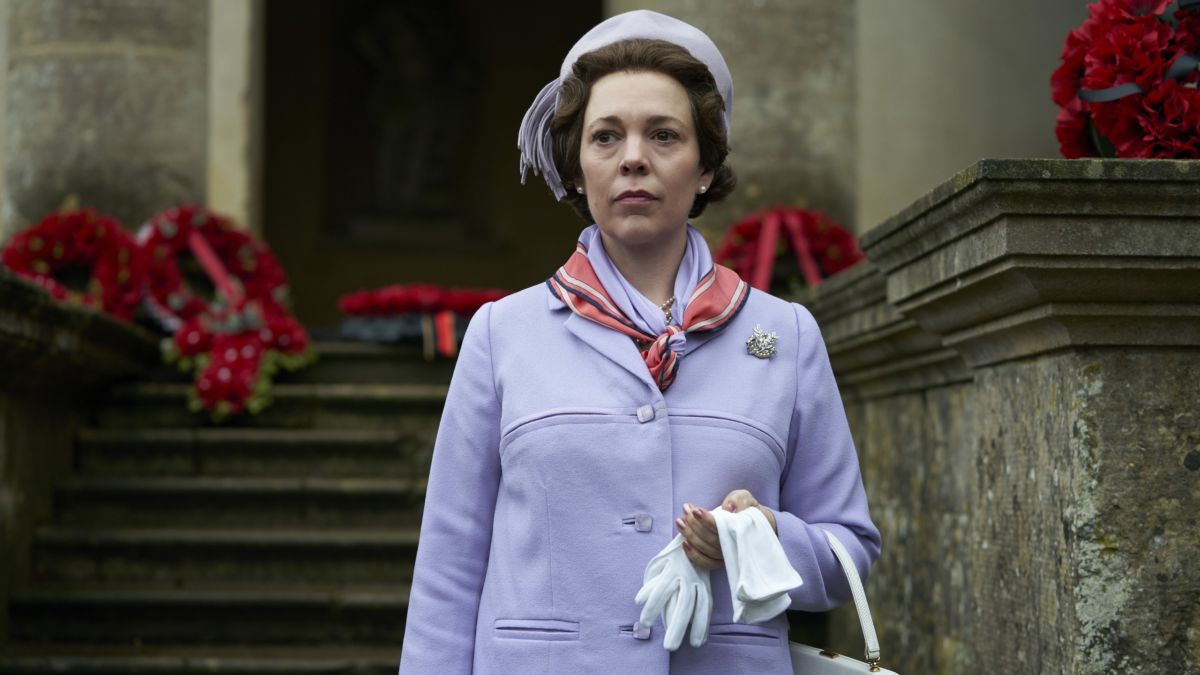 Verdict
Couldn’t Claire Foy have stayed on with some unrealistic-looking wrinkles? Olivia Colman plays an icy central character in a more lethargic season than usual, but some of the original spark is still there.
7
Cultured Vultures is a pop culture website established in 2013 covering all things gaming, movies, and more. We eat your words.
All The News On The Biggest Games