Bringing Geralt's adventure to the Switch is a remarkable achievement. 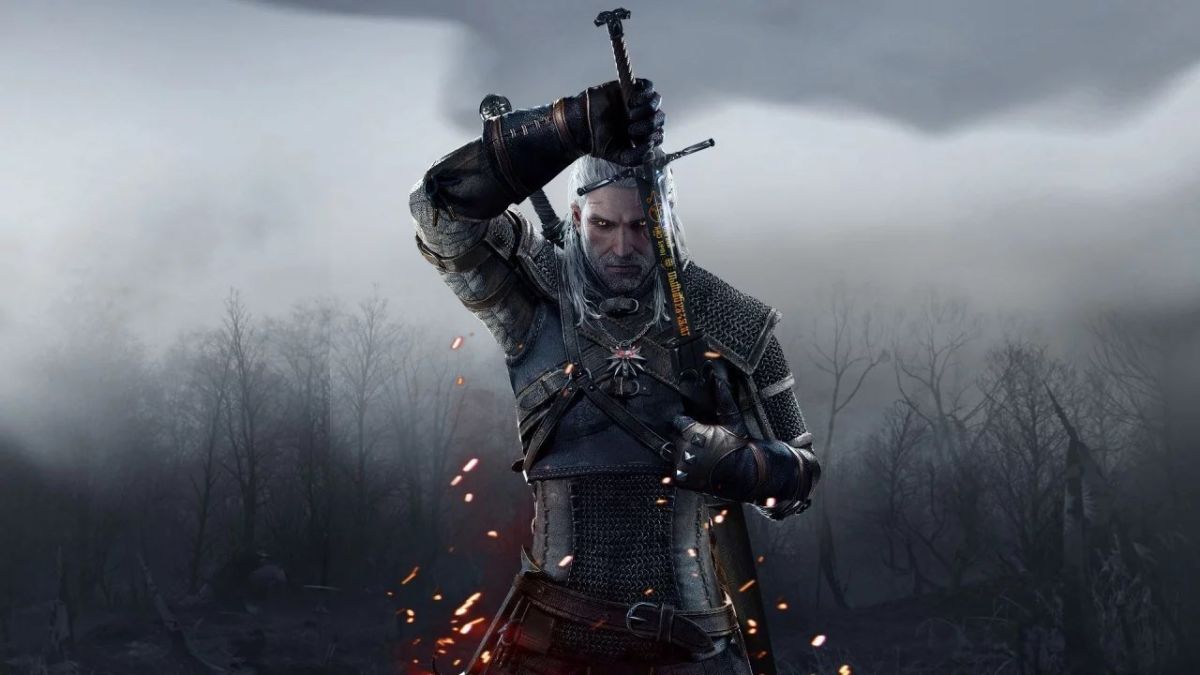 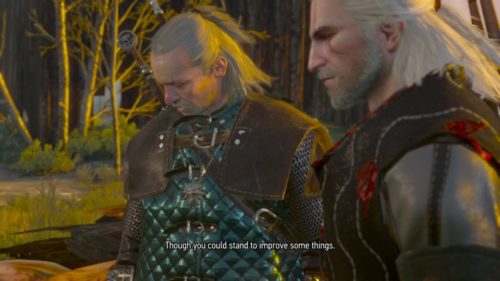 It’s been over 4 years since The Witcher 3: Wild Hunt was first released into the world. The critically-acclaimed fantasy RPG has earned more than its fair share of awards over the years, making it hard to downplay its legacy and relevance, even now. Fast-forward to 2019, and, finally, Geralt of Rivia has made his way to the Nintendo Switch, but when it was announced that it’d be ported to the Switch, the natural question was how would it compare?

The short answer – it’s pretty damn good. It is a pleasure to say that, even after all this time and the various re-releases and DLC we’ve had since the original launch, The Witcher 3 has lost none of its charms. If you’ve already played Wild Hunt in any of its previous iterations, then you’ll already know what to expect here and, to be blunt, there is no real incentive to pick it up again on the Switch (the whole experience is much grander on console or PC). But, for those who are new to this expansive world, this is as good a time as any to join in on the magic of The Witcher. 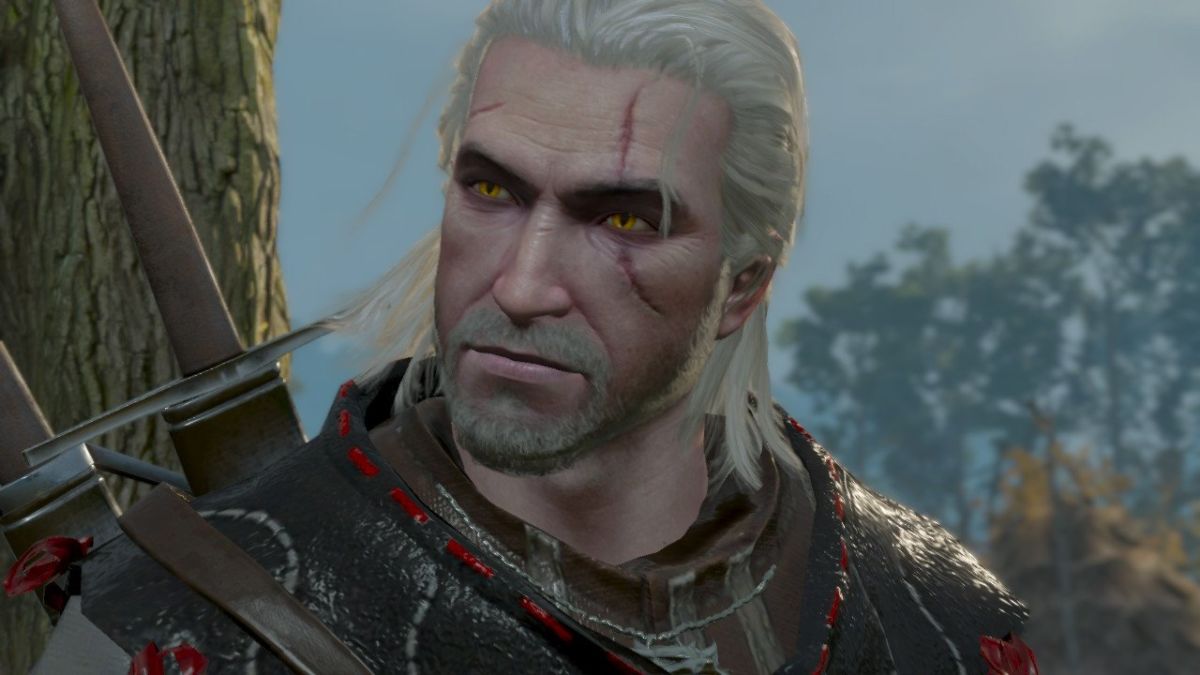 Before I get into the meat of this review, there is something that needs to be pointed out early on – The Witcher 3: Wild Hunt is a big game, and I don’t mean just in terms of in-game content. The actual size of the game file itself is 31.1 GB, which happens to be more room than the Switch itself has storage space. You will need a micro SD card with at least 32 GB to store Wild Hunt, or else you won’t be able to play.

With that being said, it cannot be understated what a marvel it is that The Witcher 3 even exists on Nintendo Switch at all. Obviously, Wild Hunt will look much better on PC or console, and throughout much of the game, you can see that sacrifices have been made. This is not a 1080p experience, and the textures, environments and character models, although respectable, do not look as crystal clear as on other platforms. On handheld, the resolution is 540p, which is fine, but you will get much more out of the experience playing with the Switch docked and on a TV, where 720p is the highest resolution available. 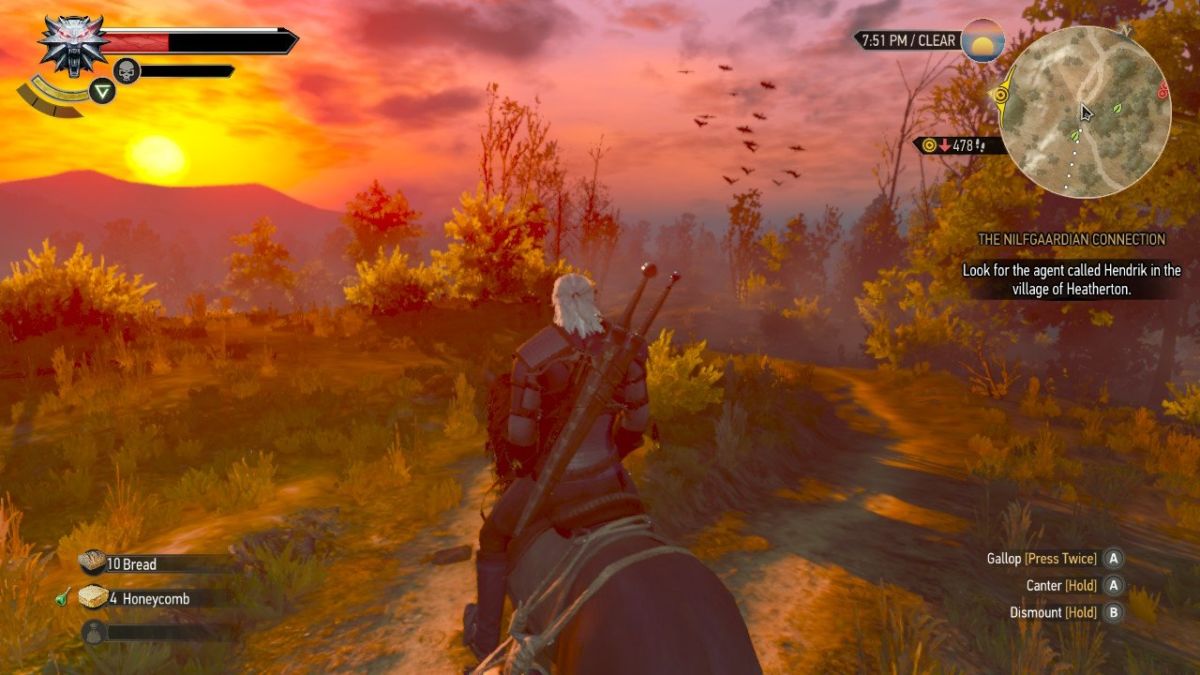 The amount you do get on screen, though, is still impressive. I did worry the frame rate would struggle but was pleasantly surprised at how consistent it was overall, with only a few noticeable drops during combat. There are plenty of times where you will notice textures and even NPCs pop into existence, as well as the draw distance being notably less than on console or PC, but it’s a small price to pay for what a technical wonder this actually is.

For those not familiar with Wild Hunt, you play as Geralt of Rivia, a monster hunter known as a Witcher who is searching for his former love interest, Yennefer of Yengerberg, and Ciri, his surrogate daughter. Unfortunately, Ciri is being pursued by the Wild Hunt – a group of spectral warriors led by Eredin, the King of the Wild Hunt. 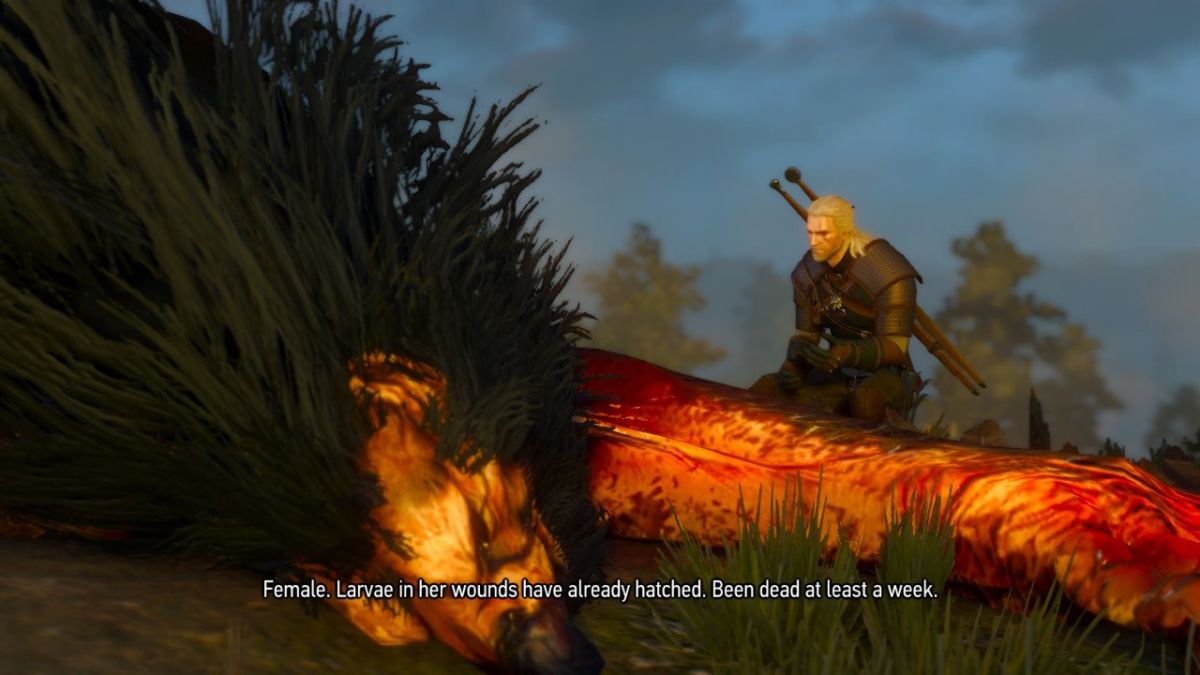 The search for Ciri takes up much of Witcher 3’s story, who is mostly absent outside of the occasional flashbacks until much later in the game. It’s a long story, primarily padded out with a lot of fetch quests or carrying out some kind of errand for one of many different people, in exchange for a tidbit of information on her whereabouts.

Thankfully, The Witcher 3’s storytelling is nothing short of tremendous, and its characters are incredibly detailed. Even when missions begin to feel somewhat repetitive, the characters and the writing is so nuanced that they all feel so effortlessly different and unique. It’s a complete joy that even after all this time, The Witcher 3 still feels as engrossing and utterly absorbing as it did back in 2015. 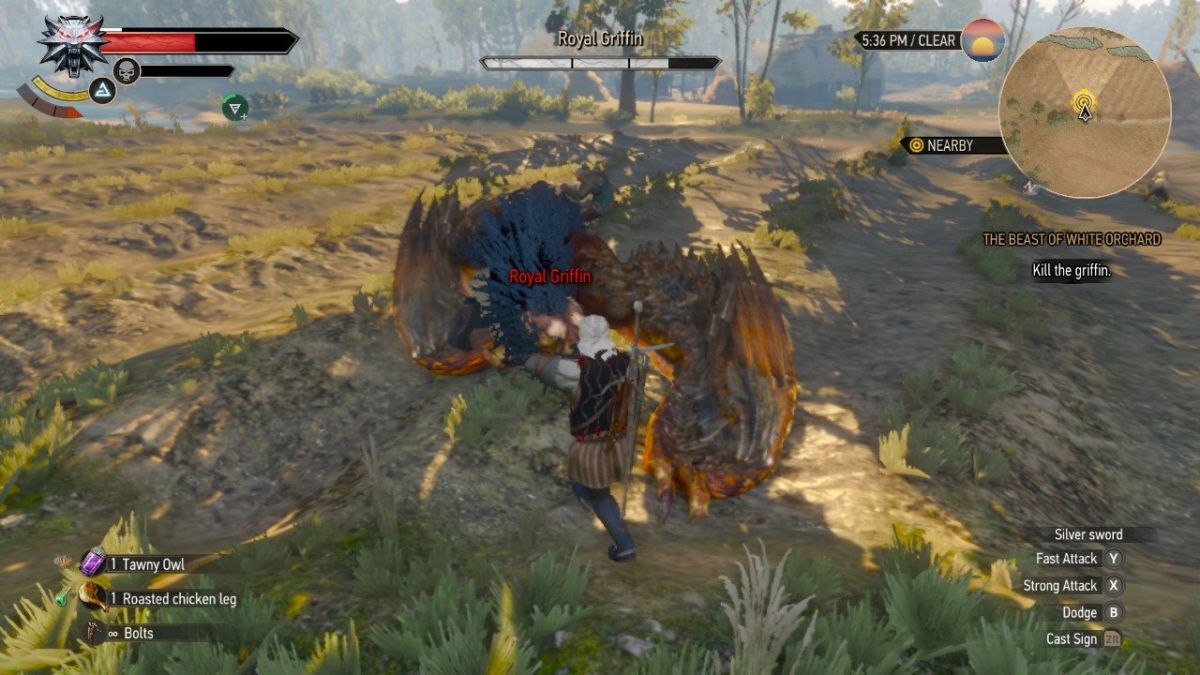 You don’t need to have played the first two Witcher titles either. All the plot points are delivered seamlessly, and Geralt is mostly set in his ways – a gruff, grizzled warrior on a righteous path. While he doesn’t do much to deviate from this, the dialogue choices you can make will have lasting effects on how the world views you.

You may want to play things cautiously, trying not to aggravate the many people you encounter and help them out where possible. Or you might be more confrontational, although this will come with its own risks and rewards. All your actions will have consequences, some immediate, some to be explored hours later, but it makes the gameplay all the more gripping and absorbing. 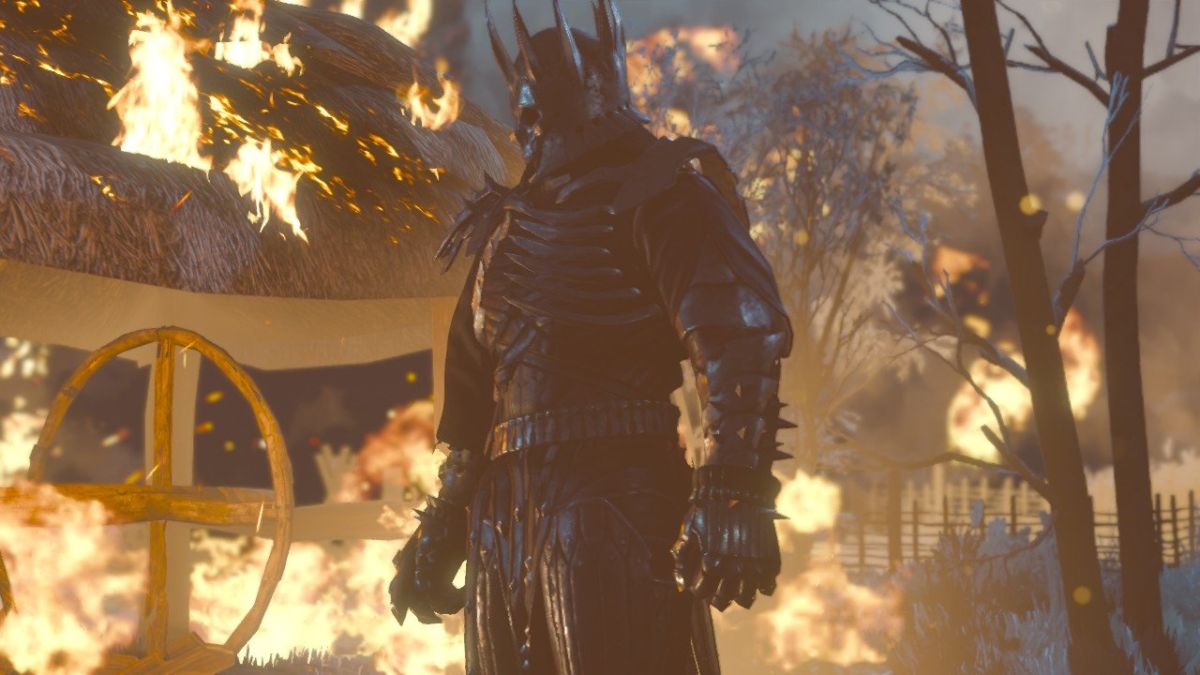 With most of the tasks, you’ll face some element of combat, utilising various magic signs or wielding your steel or silver sword, depending on the foe at hand. Here lies some of Witcher 3’s issues, as playing with the Joy-Cons often leaves the combat feeling clunky and just plain awkward. Given the position of the analogue sticks, for example, there are times when your thumbs will have to leave the sticks entirely, especially if you are looking to use a healing item or potion, and you’ll be leaving yourself open to attack.

Honestly, with combat being such a big part of Wild Hunt, the Joy-Cons lose a lot of finesse. If you are playing docked, the best way to play is with a Pro Controller. Additionally, combat when playing handheld can be even more challenging. While larger enemies like Bears and Griffins are simple to keep track of, smaller enemies are a lot tougher to focus on. This can depend on the environment you are fighting in, but I did find myself squinting at the screen a lot to get my bearings.

Make no mistake, The Witcher 3: Wild Hunt is still the masterpiece it once was. The story is brilliant, and the writing and characters that help flesh out the world are nothing short of sublime. If this is your first experience with Wild Hunt, there’s no doubt you will fall in love, and the Switch is a decent way to experience Geralt of Rivia.

However, if you’ve already played Wild Hunt on console or PC, there’s really nothing that can add to or improve on what has come before. The downgrade in graphics will definitely be a turn off for many, and the performance, while admirable, will leave old fans with a bitter taste. Frankly, Wild Hunt was designed with 1080p in mind, but you can’t dismiss just what an achievement it is for The Witcher 3 to exist on Nintendo Switch at all.

Verdict
The Witcher 3 is still an astounding game to be celebrated, but even if it’s one of the console’s considerably better ports, the Nintendo Switch version really isn't the way to experience Wild Hunt.
7.5
Cultured Vultures is a pop culture website established in 2013 covering all things gaming, movies, and more. We eat your words.
All The News On The Biggest Games