The fandom has spoken. 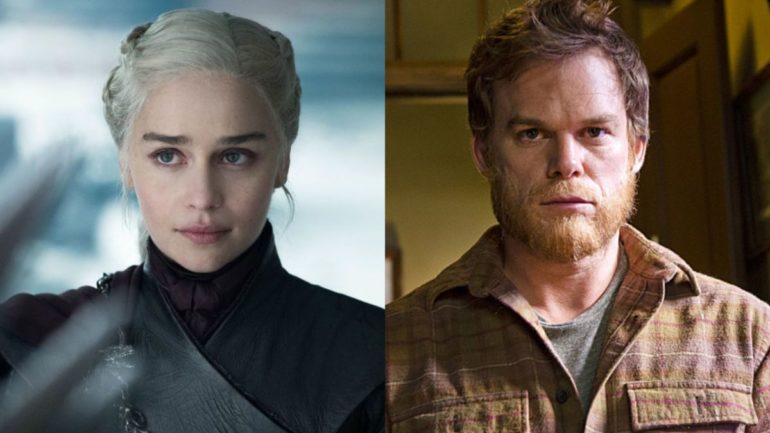 If you had told anyone just a few years ago that Game of Thrones would conclude on one of the most contentious notes in TV show history, they probably wouldn’t have believed you, let alone that it would fare worse than one of the most undeniably awful show finales in history. Yet here we are.

‘The Iron Throne‘, the last episode of Game of Thrones Season 8 and the final episode ever, is currently sitting on a 4.6/10 from 91,421 ratings. 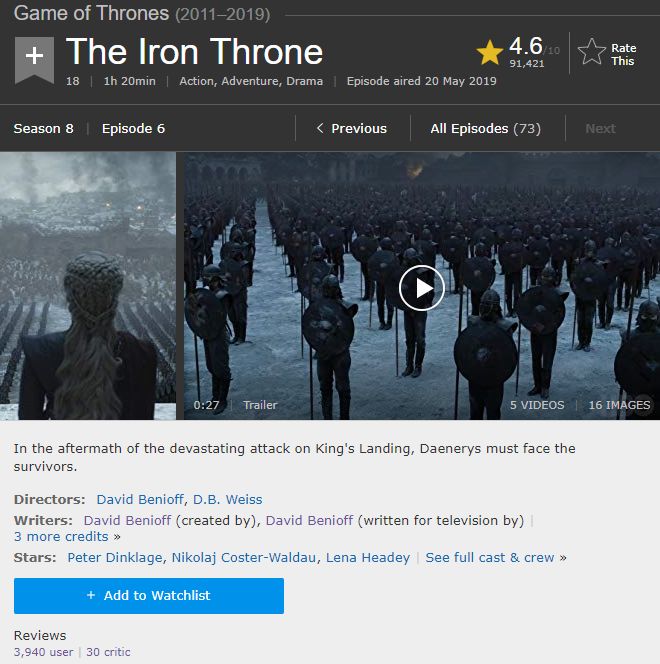 That’s a significant downwards turn from earlier today when it sat on a 5.2/10 when it was already the show’s worst reviewed episode on the platform. Perhaps more people have had a chance to watch it, or maybe IMDb is taking its time to sift through the legitimate reviews and those from people who are just trying “review-bomb” it even further. No matter the case, it’s just getting worse as the hours tick by.

Now, here’s an image that may burn the retinas off of some of you: The verdict for the Dexter finale, which incidentally also came in the eight season of a series. Hmm. 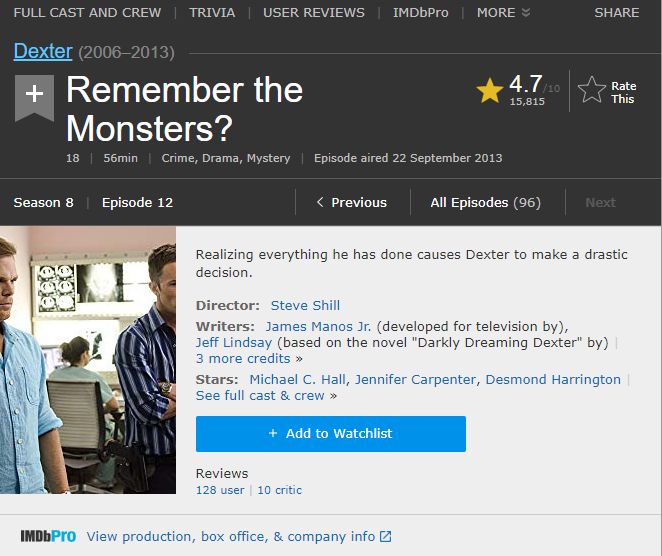 ‘Remember the Monsters?‘, which sees the show conclude with proposed incest, a storm, and a lumberjack, sits on a 4.7/10 from 15,815 reviews, meaning that it is technically a better finale than ‘The Iron Throne’, according to the netizens of IMDb.

The comparison is obviously too flawed for this to really be taken that seriously, however. Game of Thrones has far more reviews than Dexter, which was never even a fraction as popular as Thrones is now (Dexter peaked during the Trinity Killer storyline, by the way), so a lot of impassioned and annoyed fans might be double-dipping, as it were.

Likewise, while ‘Remember the Monsters?’ is a legitimately horrendous bit of television, ‘The Iron Throne’ is objectively nowhere near as offensive. While it’s not what it could or even should have been, it’s a decent enough goodbye. Many reviews for ‘The Iron Throne’ are being somewhat unkind (and perhaps a little overzealous) with a significant smattering of 1/10s that just keep piling up. ‘Remember the Monsters?’ should probably get its own numerical scale.

That being said, it is a fun comparison to make all the same. It says a lot about how outspoken fandoms can really be, and how passionately they can react when a show’s standards begin to slip. Season 8 has been the best season of Game of Thrones in terms of spectacle, but the writing has really gone out of the tower window too often for it to be overlooked, most notably with the treatment of Daenerys and her sudden heel turn (which was kind of coming but maybe, like, half a season too soon?). 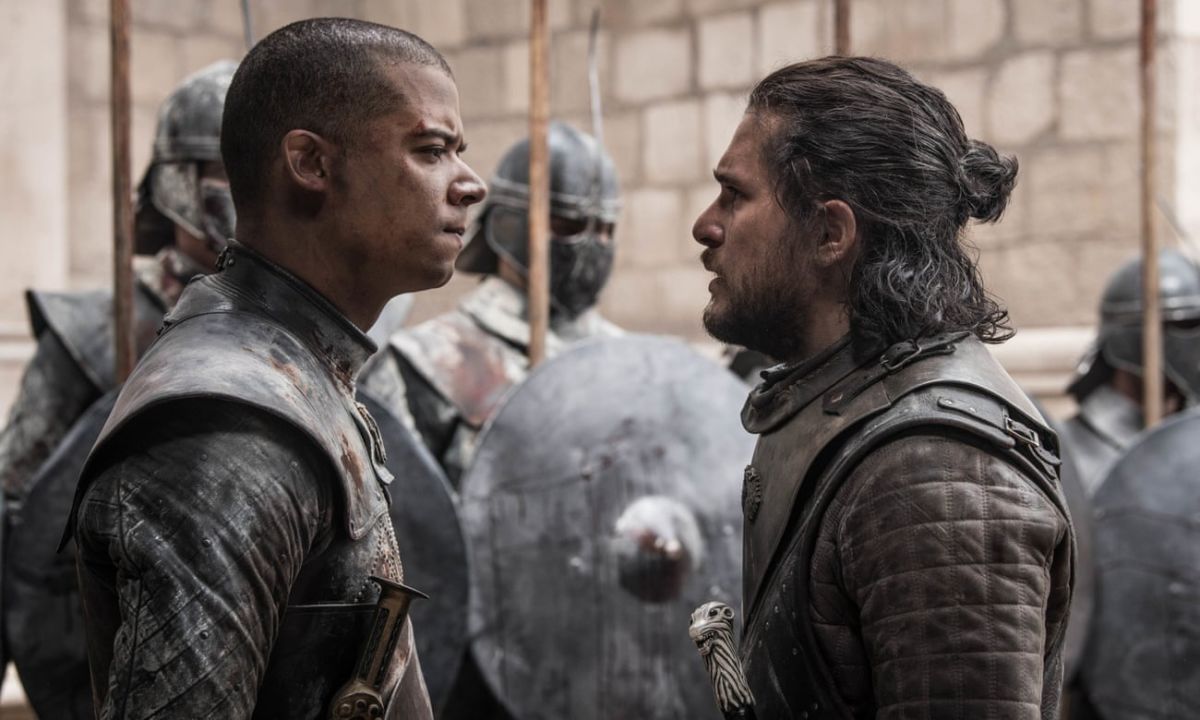 It’s also worth bearing in mind that the reviews could, of course, improve as time goes by and more people stew on their feelings for what went down. Or it could just decline even further.

On a similar note, I think letting people sit on their thoughts while Thrones took a break was one of the worst things the showrunners could have done. When the theories that made “total sense” didn’t come true, of course there was going to be some disappointment from fans. You can “subvert expectations” all you like, but if the outcome leaves fans feeling surprised in all the wrong ways, what’s the point?

Perhaps that water bottle can extinguish the fire that’s going on at HBO HQ as we speak? The way to fix this is simple, though. They don’t need to remake it like people are begging. All they need to do is give us the Arya spin-off set west of Westeros and also make a cartoon starring Tormund. Problem solved. Night King backstory? Who cares when you have those?