Home
TV
Game of Thrones: All The Times Daenerys Was The Mad Queen
TV
·5 min read

Game of Thrones: All The Times Daenerys Was The Mad Queen

Though definitely accelerated, the events of 'The Bells' certainly weren't without precedent. 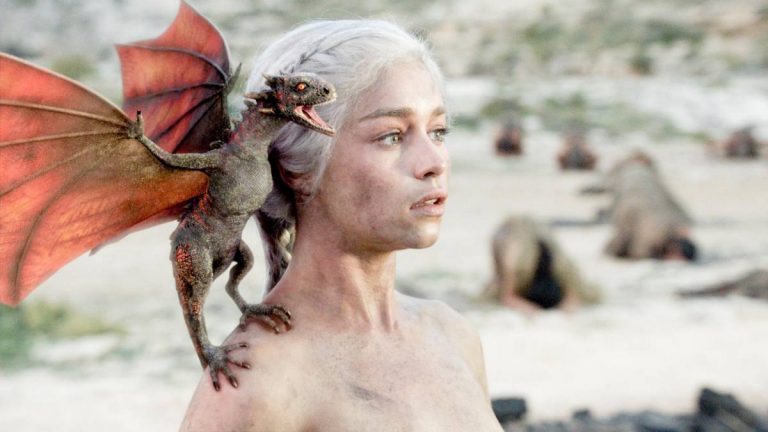 Depending on who you ask, the most shocking moment from the most recent episode of Game of Thrones Season 8, ‘The Bells’, was either an absolute betrayal of the character we’ve watched grow over the past decade, or a long-in-the-making heel turn that was maybe rushed in the final stretch. If you go back and watch all eight seasons, you will come to realise it’s the latter: Daenerys has been becoming the Mad Queen all along.

To evidence that, I’ve compiled a list of all the occasions where she used more force (or fire) than was necessary or reacted to a situation with a less than moderate attitude. A few of them you can ignore, but there has been almost one major “flare-up” for Daenerys every single season with her behaviour becoming increasingly erratic as the seasons progressed. While it’s true that Season 8 really pressed the fast-forward button on her madness, it wasn’t without precedent. Daenerys had always needed her inner circle to keep her temperate, but without them, it seems her true nature has been hard to control.

While this list is fairly long, I definitely feel like I have somehow still missed a few. Any spring to mind for you?

While it’s true that Viserys was abusive and not exactly the best brother, Daenerys’ reaction to his head being turned into a giant quid by her husband should be looked back as the first real sign of trouble. She could have easily looked away, but instead chose to watch on despite Jorah’s insistence with oddly emotionless indifference as the person she’d been around for all her life was executed.

People often forget that one of the show’s most iconic moments also features Daenerys tying a woman to a funeral pyre to die. While Mirri Maz Duur might have had it coming, Drogo kind of did too, and let’s not forget that Daenerys seems to want to hear her scream as she’s burned alive. Plus, walking into a pyre is kind of mad in of itself.

Game of Thrones: Season 2 – Episode 6 ‘The Old Gods and the New’

After consulting with the “Spice King” of Qarth (who may actually be one of the most logical characters in the show’s history), Daenerys pitches a fit when he refuses to do a deal with her for ships and vows to “take what is mine with fire and blood.” We would later learn that she does not lie about that. Multiple times.

While Xaro Xhoan Daxos and her friend betraying her deserves some kind of justice, perhaps locking them in an empty vault to starve was maybe a bit overly cruel? Especially considering, you know, the whole complete darkness thing and the fact that one would probably have to eat the other. Is it much different from what Cersei did to Ellaria?

Game of Thrones: Season 3 – Episode 4 ‘And Now His Watch Is Ended’

One of Danerys’ crowning moments may also be one of her most questionable upon reflection. While slavery is bad (an understatement), there is bound to be some collateral from her ordering a mass execution and dragon-based destruction in Astapor.

After taking Meereen, Daenerys demands the crucifixion of 163 masters as revenge for the crucifixion of 163 children without considering that not all masters were behind it, or even that not all masters are bad; Ser Barristan even advises her to be more lenient. Later, a son of one of the masters she killed tells her that his father was innocent and actually opposed slavery.

Following the death of Ser Barristan, Daenerys reacts with worrying violence, vowing to round up all the leaders of Meereen and have them killed. Instead, she compromises and kills potentially “innocent” noblemen who had nothing to do with Barristan’s death and feeds them to her dragons.

Game of Thrones: Season 6 – Episode 4 ‘Book of the Stranger’

After being taken prisoner and disrespected by the khals, Daenerys once again leans on her old crux: killing everyone who opposes her with fire with a smirk on her face the whole time. She assumes complete control, something which she historically does not like to even consider sharing.

Game of Thrones: Season 6 – Episode 9 ‘Battle of the Bastards’

After discovering that Meereen has been taken back by the masters, Daenerys stoically says, “I will crucify the masters. I will set their fleets afire. I will kill every last one of their soldiers and return their cities to the dirt.” Tyrion is able to talk her down, but the darkness behind her eyes remains, especially when she says, “my reign has only just begun”.

Game of Thrones: Season 7 – Episode 4 ‘The Spoils Of War’

Takes a worrying amount of pleasure in destroying the Lannister forces, smirking as she commands Drogon to set their infantry ablaze. Also could have taken the supplies for her own forces, but instead destroys them to send a message about her power.

This might be the worst decision Daenerys makes in the entire show. Despite Tyrion’s pleas to show them mercy, Daenerys has Randall and Dickon Tarly executed for refusing to bend the knee with the kind of authoritarian attitude that should cause concern. As Tyrion’s reaction proves, death by cremation is also excessive force compared to a simple beheading.

The fallout of the last Mad Queen moment, Daenerys calmly tells Samwell Tarly that she had his father and brother killed while barely registering an emotion. Goes from friendly to deathly serious at the drop of a hat.

Game of Thrones: Season 8 – Episode 2 ‘A Knight of the Seven Kingdoms’

Daenerys’ first reaction when Jon tells her that he is in fact Aegon Targaryen and that their love is actually incest? She becomes defensive of her right to the throne, because nothing else is more important to her than complete power.

During the banquet after the Battle of Winterfell, Daenerys shows visible paranoia that her subjects are conspiring against her. Later, Daenerys takes on an emotional obstacle course in a moment with Jon where she begs him not to tell his family the truth about him. When that doesn’t work, she becomes stony-faced and almost indignant that anything apart from what she decides could be an option. Later, after Missandei is executed, her face tells its own story. 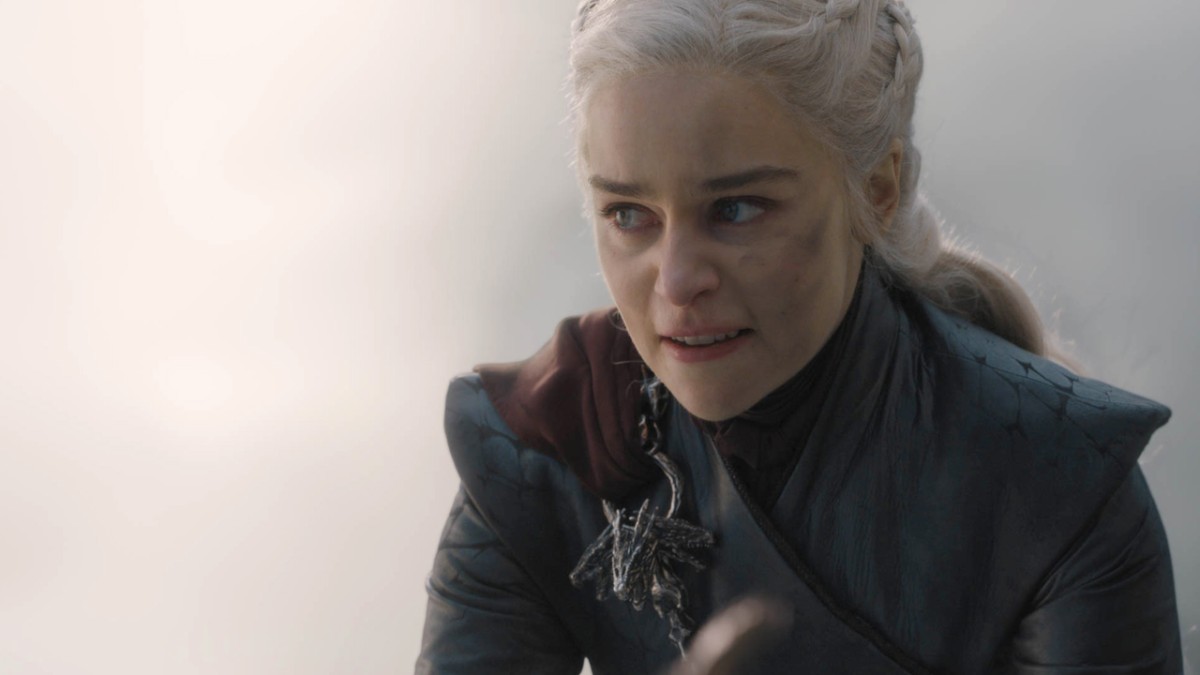