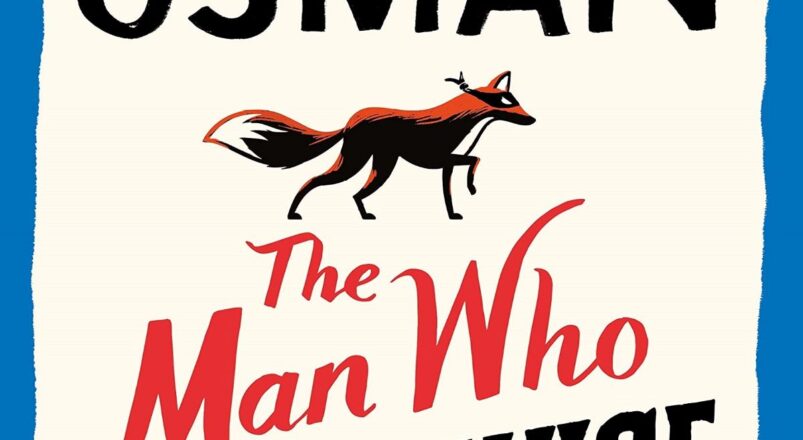 The Man Who Died Twice

We all know how it tends to go with celebrity authors such as Richard Osman, who this month publishes his second book, The Man Who Died Twice. Their novels get so hyped that they become bestsellers; whether the books are actually good or not doesn’t seem to matter much. That probably sounds a bit snobbish and definitely like gatekeeping, but when it comes to such books and  authors in general, I don’t have a lot of patience. (This is especially true regarding celebrity authors who write for children, but that’s a different article altogether.)

Richard Osman’s first book, The Thursday Murder Club, was one such hyped up novel which went on to become an enormous hit and massive bestseller. And, to be honest, I did have some issues with it. The characters were solid and it was funny, but the actual writing felt like it meandered jarringly; we were suddenly in the heads of random characters for no apparent reason, the tenses were all over the place, and it felt as though it needed another rigorous edit. I’m not saying it was a bad book, because it wasn’t – but if it had come from any other debut author it would have been rated three stars.

In the interest of fairness though, and because I did genuinely enjoy the characters of Joyce, Elizabeth, Ibrahim and Ron – the eponymous murder club – I picked up the second book The Man Who Died Twice. I’m pleased to say that the second time around, Osman has hit the target far more accurately. The Man Who Died Twice still isn’t the greatest book ever written – there are again those issues of meandering tenses and points of view, but they are much less prominent than they were. The plot is wilder than the first, stepping over the very edge of credible even with the suspension of disbelief necessary for reading a book about a bunch of pensioners solving crimes. In general though, these issues are not overly problematic, and The Man Who Died Twice certainly feels like a better book than the first.

We pick up almost immediately where The Thursday Murder Club left off, with the gang once again poring over a cold case now that they’ve just wrapped up the real murders. Elizabeth’s mind isn’t really on the meeting, as she only that day received a very mysterious note from someone she hasn’t heard from in a long time. Soon enough, the club and their adopted police officers Chris and Donna, are mixed up in a very complicated but fast-paced mystery, with each strand teased out leading to three more. This is a much bigger case for them all than what came before, and it will keep you gripped.

As I mentioned earlier, the characters are the real stars of Osman’s writing, and in The Man Who Died Twice all of them are given time to shine – and that includes the quickly expanding supporting cast. Osman is creating a rather lovely found family and there is nothing about that trope here which won’t give you a warm and fuzzy feeling. Early on in the novel, one of the murder club suffers a physical and mental setback, and the others rally around them with the sort of support that you’d wish for from your own friends. Individually, Joyce continues to be the shining light for me, the beating heart of the club and therefore the novels too. She is an utter joy, and nothing made me smile more than the moment she picked her Instagram name – no spoilers, because I want you to love it as much as I did.

The supporting characters were also given their fair share of time in the spotlight; Donna’s arc in this story was unexpectedly moving, and I felt close to her by the end of the novel. Chris, Bogdan and Elizabeth’s husband Stephen also all featured prominently. Osman seems to be settling in for the long haul with these characters, and I am glad that the world he is creating is expanding beyond Coopers Chase. That will give him a lot more scope for future stories and – hopefully – let him continue to develop and grow as an author too.

READ NEXT: Archer: More Than Your Average Bond Parody