Who do you think Spielberg will cast for this bestselling novel? 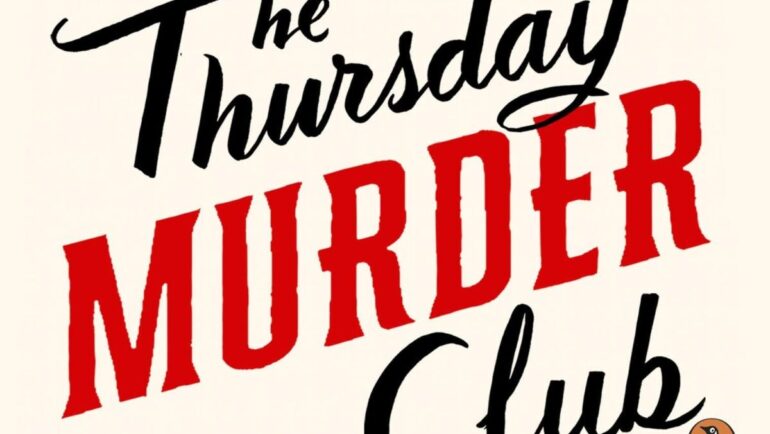 Over the fifty years that Steven Spielberg has worked as a film director, he has continued to evolve. The 2000’s had Spielberg seemingly focused on star-driven material, having Tom Cruise as the lead Minority Report and War of the Worlds, or Tom Hanks starring alongside Leonardo DiCaprio in Catch Me If You Can and solo in The Terminal. However, hidden amongst these films was the lesser heralded Munich, a darker story based on real-life circumstances that discussed cycles of violence and the effect it may have on individuals. Unbeknownst to audiences, Munich was a hint towards the next decade, where Spielberg utilised his pull to tell more real life stories built around unlikely individuals.

It’s extremely unlikely that without Spielberg’s involvement that movies Lincoln, Bridge of Spies or The Post would have been successfully made due to their much more grounded stories. However, the quieter focus on characters inspired by doing the right thing against seemingly insurmountable odds have created an unlikely thematic trilogy. Spielberg has always been excellent at using his kinetic energy to give scenes a more dramatic edge, but now he even forgoes major action sequences in these films, using tension and dialogue to craft his set pieces. In considering the narratives explored, it becomes clearer why he bought the rights to Pointless’ Richard Osman’s debut novel, The Thursday Murder Club.

Osman’s novel, TMC for short, surprised many when it beat Barack Obama to UK’s Christmas #1 book, but its quaint and pleasant writing combined with an engrossing, twisting story enticed audiences. However, the most essential element was the four leading protagonists, a collection of retired seventy year olds whose individual talents and backgrounds combined to try and solve a murder mystery in their luxury retirement village. The question therefore becomes: which classic British actors suit these characters best?

Our main protagonist, Joyce, is the latest retiree to move into Cooper’s Chase and is quickly drawn into the burgeoning group. A much quieter and unassuming individual, Joyce is almost reluctant to overstep, assuming a more matronly role. Despite this, Joyce quickly shows an eye for detail that becomes beneficial to the Thursday Murder Club. This role requires a capable actress who can deliver a more subtle performance as the lead, offering an entry point to the new surroundings and characters without feeling too passive.

When attempting to cast an actress who exudes an inherent kindness and selfless attitude, there are few better than Julie Walters. Best known as the quintessential loving mother Molly Weasley in the Harry Potter series, she’s also had similar roles in Billy Elliot and Paddington, utilising her charming persona to adhere herself to audiences worldwide. She’s already shown her ability to work well with ensemble casts while making a strong enough impression to not be overwhelmed, which means the stronger personalities of the TMC wouldn’t eclipse her. Plus, as she’s only in her early seventies currently, she perfectly suits being the newest retiree.

Elizabeth is the driving force of the group, the undoubted leader who has a fascination with mysteries and has her own mysterious background, one that suggests connections beyond that of a ‘teacher’. A possible former government agent, maybe? Regardless, Elizabeth is the strictest and pushiest member of the team, at times almost dragging the others into mishaps. This could have become an unlikeable character, but Osman cleverly interlaced moments of humanity and kindness, making the growing friendship between her and Joyce more believable.

To successfully portray a stronger personality who could be a legitimate leader while also balancing a mysterious aura with an underlying kindness, my first choice is Dame Helen Mirren. An acting legend who has won Academy Awards, Tony Awards and Emmy Awards, she actually holds a joint-record of three consecutive BAFTA Awards for Best Actress with…Julie Walters. She has a regal nature, as depicted in her roles as Elizabeth I and Elizabeth II. Moreover, she has played individuals with dangerous connections in films such as RED and Hobbs & Shaw. Despite that, she has a natural warmth and twinkle in her eye that would make it more believable for a character like Joyce to warm to her. Unbeknownst to me, Walters and Mirren previously starred together in the 2003 indie film Calendar Girls, and this history should bode well for their working relationship if they are cast

Ibrahim’s career as a psychiatrist allows him to draw on his skills at reading human behaviour to analyse the suspects around him. His intelligence and detail-orientated skills make him a slightly dry character, more driven by facts and details than emotion. There are times where his enjoyment of details actually makes him more endearing and child-like, such as a scene where he’s been able to identify the most likely route taken by someone, using his knowledge of maps and time frames, and is disappointed nobody asks him how he did it.

Because of the character having to come across as intelligent and analytical, but with a dry ability to make exposition interesting, this is probably the most difficult role to cast. At one point I wanted to choose the beloved Ian McKellen, but at 81 years old he didn’t fit the criteria. In terms of being able to deliver dialogue in a dry manner but without being boring, Bill Nighy is probably the best choice. His small cameo in Vincent and the Doctor on Doctor Who has that perfect blend of intelligence, analysis and dryness, but he still evoked tears from the audience when discussing Vincent, which is the tremendous skill needed for this role.

Ron is a loud, boisterous former trade unionist renowned for political battles in the 1980s, and being the father of famous boxer Jason Richie. Coupled with his West Ham tattoo on his neck, his vibrant red hair and his blustering nature, it’s unsurprising he earned the nickname ‘Red Ron’. As the most outspoken member of the team, Ron could end up being the most entertaining character, his sudden bursts of energy and frustration making him a firecracker of an individual.

The choice of actor for this role may seem a little surprising, but Timothy Dalton could be a surprise hit. His scene-stealing roles in films such as The Rocketeer and Hot Fuzz includes over-the-top hammy performances, suiting the more cartoonish elements of ‘Red Ron’, but his gravitas and history in roles such as James Bond or Sir Malcolm in Penny Dreadful gives him the legitimacy for the role. The possibility of him bouncing off Bill Nighy in a double act was the only thing missing from Hot Fuzz.

Four British actors in their 70s who have experience in drama and comedy, able to work in ensemble casts while standing out, in a mystery movie directed by Steven Spielberg? It’s the stuff dreams are made of, unless Spielberg decides to change the setting to America. But I’m sure he wouldn’t do that with such a quaint English-based story, right?