An adaptation of a zombie game, with almost no zombies in it. 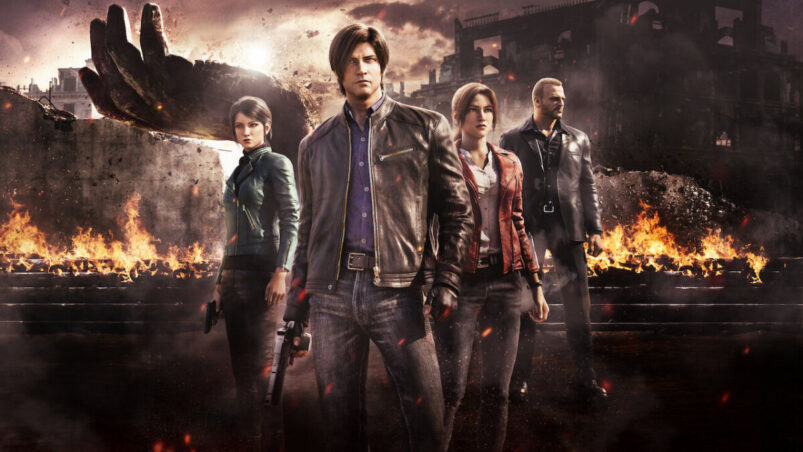 Netflix has a Resident Evil TV show in the works at the moment – a proper, live-action one. But even if Resident Evil: Infinite Darkness wasn’t being marketed as a kind of intentionally unsatisfying sampler, it certainly feels like one.

These are far from the first screen adaptations of the Resident Evil game franchise. The film adaptations have been going since 2002, and have been embarrassingly successful at the box office in spite of poor-at-best reviews. So you can perhaps understand the company internalising the lesson ‘slap something together, doesn’t matter how good it is, they’ll still give you lots of money’ – and from this we get Infinite Darkness.

For a Resident Evil adaptation, it’s remarkable how non-Resident Evilly it is. It starts off on a gung-ho military sequence straight out of Black Hawk Down – or, since we’re talking about a video game adaptation, annual war franchise Call Of Duty. From there it becomes something more like 24, or possibly even a later James Bond, as the White House comes under attack and they try to figure out what’s going on with all this zombie business.

(By this point, I was already hoping the story would come down to being a bad enough dude to rescue the President.)

Admittedly, the games have had the occasional pretension to this Tom Clancy-ish stuff, but those aren’t exactly the parts of the franchise looked most fondly upon – not least because it is obviously very jarring in a survival horror backdrop. Infinite Darkness doesn’t have that problem, because there’s no survival horror in it to speak of.

Even the zombies, so core to the franchise, don’t get all that much of a look in. They’re more present as a concept, having – as in the games – been created by an Evil Corporation for profit. Much is made of the idea of exposing them to the world, but Infinite Darkness establishes very early on that they’re a bit of an open secret. What’s going on there, then? Do people know, or not? This is just one of many worldbuilding questions that Infinite Darkness has no interest in answering.

About the only parts of Infinite Darkness that really do feel Resident Evilly at all are the tepid dialogue, and the pulpy absurdity of the story. Grandiose plots! Secret bio-weapons! Conspiracies on top of conspiracies! And, to cite James Bond again, an underground facility that actually starts filling up with acid, for which I can think of no practical use and as settings go seems more like something from Half-Life 1.

Traditionally, in the games, much of the plot took place in little notes you’d find in between blowing monsters apart. It’s this that Infinite Darkness places front and centre – and not even the creeping horror of a journal written by someone who’s succumbing to zombification, but rather the hackneyed stuff about pharmaceutical companies creating zombies because they’re evil.

This is probably meant to be gesturing in the direction of satirising the military-industrial complex, but if Infinite Darkness has anything to say about the subject, it never manages to go beyond ‘because they’re evil’. It also takes a weirdly rose-tinted view of America screwing around with the fictional nation of Penamstan (a very obvious Afghanistan stand-in), whose inhabitants are mainly seen dancing, chanting, and whooping. In other words, if this was a Resi game, they would be the standard enemies.

Against Infinite Darkness’s fairly generic plot, what’s a lot more bold and experimental is the visual style. Although it bills itself as an ‘anime’, Infinite Darkness is rendered entirely in computer-generated graphics. If you’re feeling cynical, this likely has the advantage that they reuse assets from the recent visually-polished remake of Resident Evil 2. But, if, they already have them sitting around, can you blame them?

However, the graphics can only be described as, at best, dangerously variable. At times, you will think ‘gosh, that’s quite good, fair play to them’. At others, you really, really won’t. Often these reactions will have only seconds between then – there’s a crowd scene which I’d thought was genuinely quite good until they jerkily rose to applaud in a way that no living person has ever moved.

But even when the characters do look passably human, you will never forget that Infinite Darkness is based on a video game. Much of it, particularly when there’s a lot of exposition, is eerily like watching a compilation of a game’s cutscenes with all the gameplay in between stripped out.

Sure enough, most action sequences come off like button-smashing quick-time events, and at one point the action actually turns into a platformer section. It’s particularly odd to see everything play out in visual language from a background clearly other than television, and then to have the animation slavishly imitate shaky-cam.

Infinite Darkness being a grand day out for regular Resi protagonists Leon S. Kennedy and Claire Redfield doesn’t amount to much, which, again, is because this is a video game-like experience where all the gameplay is stripped out. Without controlling them, and essentially being them, there’s not much to bind the audience to them as characters. Both their personalities tend to the stripped-down and functional, as befits avatars for the player, and, to be fair, as befits stoic action-flick protagonists. But for anyone who didn’t play the games, there’s really nothing to grab on to.

(Neither will any long-time fans hoping for a development in the characters’ relationship get much to chew on.)

The long tail of thrown-together zombie flicks held together by duct tape and an overly bold plot, then, has another sibling. And here is the true disadvantage of the CG graphics – it allows the kind of material that B-movie presentations like Infinite Darkness usually don’t have the budget for, and usually have to actually show some creativity to work around. Instead of the settings and the monsters looking ropy in a way that ends up being oddly charming, here that applies only to the actual people. 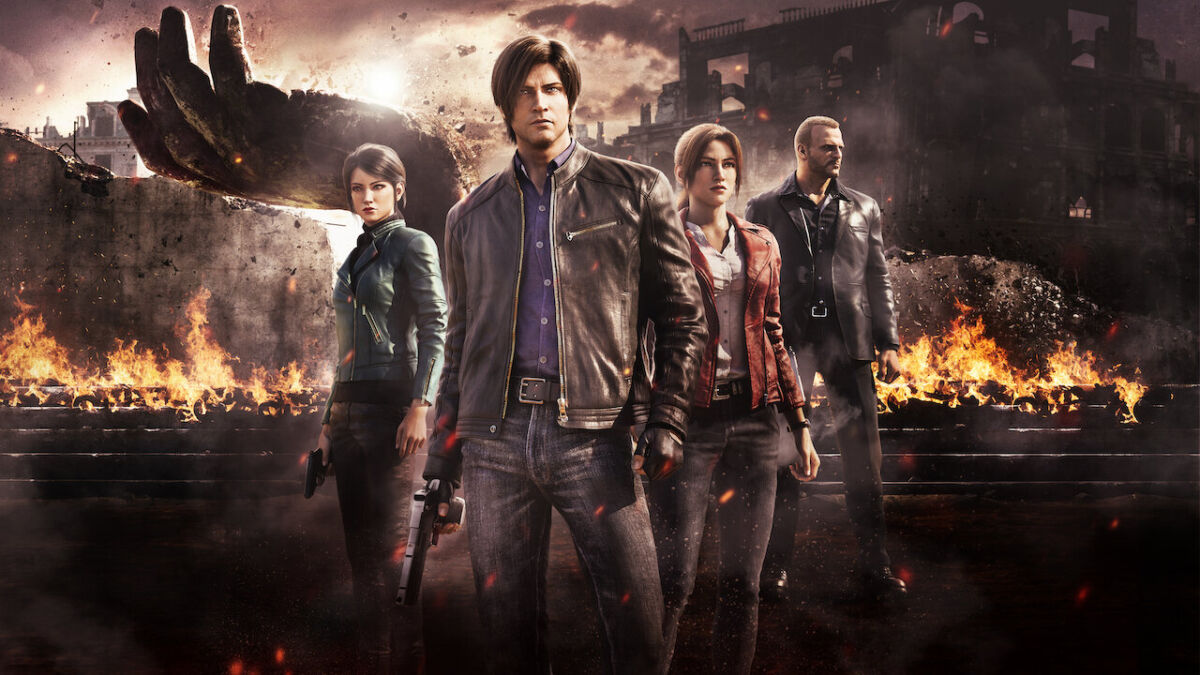 Verdict
Resident Evil: Infinite Darkness is nothing special, but never aggressively bad either. Only (much like the graphics) a series of minor off-patches and sticking points.
4.5
Cultured Vultures is a pop culture website established in 2013 covering all things gaming, movies, and more. We eat your words.
All The News On The Biggest Games