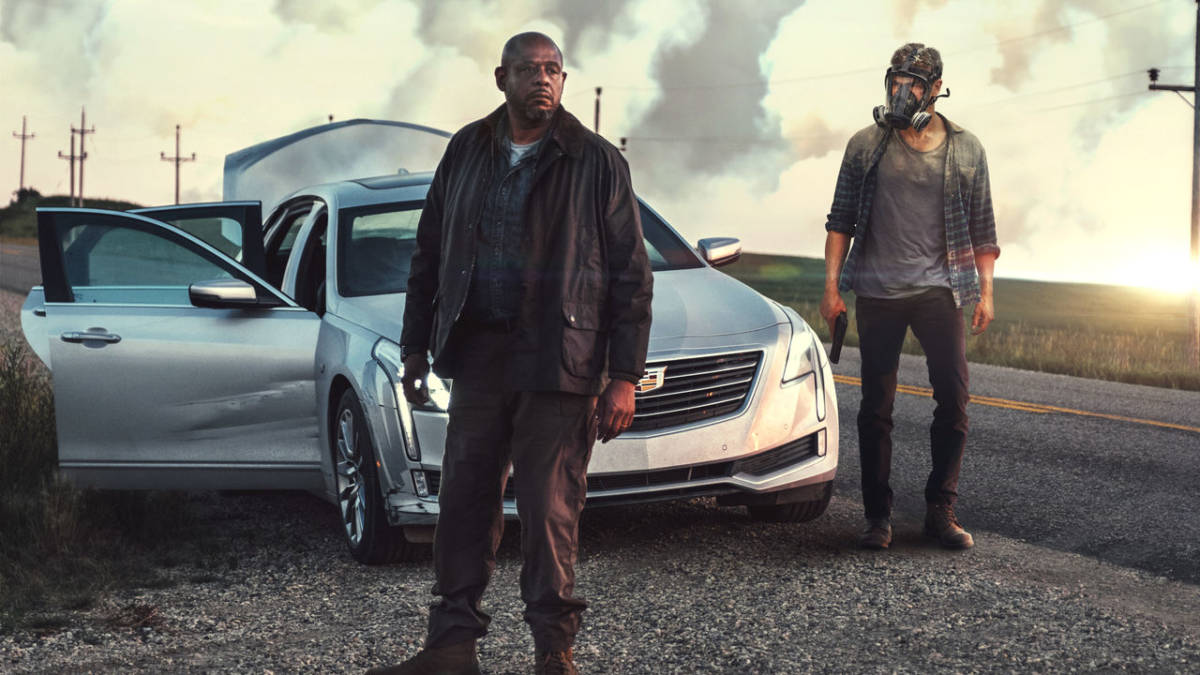 The post apocalypse sub-genre has received a lot of attention. With video games such as the Fallout franchise, TV shows like The Walking Dead, comics like Judge Dredd, the genre has dominated pop culture. However, it is a genre that has been creatively whipped to death and personally needs to take a timeout. Case and point? The new Netflix Original project How It Ends, which was released on July 13th.

How It Ends opens with Will and Samantha, played by Theo James and Kat Graham respectively, in a hospital, where Samantha is undergoing a scan, showing that the couple are expecting a baby. After they leave the hospital, Will takes a flight from Seattle to Chicago to have dinner with Samantha’s father, Tom, played by Forest Whitaker, to ask for his blessing to marry his daughter. The dinner doesn’t go well for Will and he is forced to leave. The next morning, Will phones Samantha, explaining the situation when suddenly she gets cut off. As the nation goes dark, Will and Tom team up for a road trip to Seattle to rescue the woman they both love.

The one interesting aspect of this film is that no one knows what this apocalypse is. Throughout the film, we get hints and theories from other survivors, the world and radio broadcasts. A more talented crew would have used this to add confusion and chaos to the stress the protagonists are under. However, it doesn’t really come into effect, as Will and Tom seem way too focused on their goal to let something as trivial as an apocalypse stop them.

Other than their quest to save Samantha, the relationship between Will and Tom is a sub plot which gets a lot of attention. Will is working as an attorney before everything goes to hell and is at first shocked by his harsh new reality, while ex-solider Tom uses his experience to rally the group and teach Will to survive. However, again, very little comes of this, with the duo barely reaching the level of begrudging respect for each other.

Will’s transformation from reluctant lawyer to grizzled badass is very abrupt. An additional subplot that is poorly handled is the story arc of Ricki, played by Grace Dove, who disappears halfway through the film as soon as her character receives any substantial development. The film is a drag to get through, which is a shame, considering the film has talented cast members with plenty of decent projects under their belts. I guess even the talented Forest Whitaker can’t salvage a bad script.

Though How It Ends has a dull storyline which quickly becomes formulaic, it is very pretty to look at. During the moments where the film takes a break from the limited action sequences, we are treated to beautiful shots of cities on high alert and wide shots of rural America, which is a treat to witness and is one of the few aspects the film does more than averagely well. However, dressing something up to look nice doesn’t help much if the rest is rubbish.

Personally, my biggest apprehension with this film is the abrupt and nonsensical ending which reeks of angling for a sequel. It is supposed to be a tense moment, but I found myself caring very little for the fate of the characters. Then, it suddenly cuts off. I guarantee at least 75% of people watching this for the first time will scream ‘is that it?’ as the credits start to roll. After a couple of hours of boredom, the in-your-face ending is quite a shock if you aren’t expecting it.

READ NEXT: The Best Post-Apocalyptic Movies You Should Watch

On a side note, How It Ends may have been doomed from the start when you compare it to its predecessors. Other Netlix Originals had the advantage of being unique or having interesting premises. For example, 13 Reasons Why was a novel adaptation of the popular book of the same name by Jay Asher. Another example is the film Bright. Despite having a very mixed reception, it beforehand gained popularity by showing off how it was mixing the fantasy genre with the buddy-cop sub-genre. However, with How It Ends, when the first trailer was released on June 22nd, people didn’t really seem to care for it. It didn’t seem like anybody was looking for this film.

How It Ends serves as an example of how not to make a movie. Long, boring, full to the brim of half baked ideas which are very quickly forgotten about, it is not even a ‘so bad, it’s good’ movie. It is a very poorly constructed project. It also serves as an example in the recent downgrade of Netflix Originals and, as previously mentioned, why apocalypse films need to take a break. It is tackling a well-trodden genre from an angle we have seen before so many times – imagine a poor version of The Road with wheels. The actors do try to give this film some substance, and sometimes, their acting shines through the dull, but these moments are rare. How It Ends is a very hard film to enjoy, and a project I think the actors are going to try and forget about mentioning when going in for future products.

Verdict
How It Ends is truly unique in the fact that it’s the only disaster or post apocalypse film to leave me bored. The cinematic version of watching paint dry.
2
Cultured Vultures is a pop culture website established in 2013 covering all things gaming, movies, and more. We eat your words.
All The News On The Biggest Games