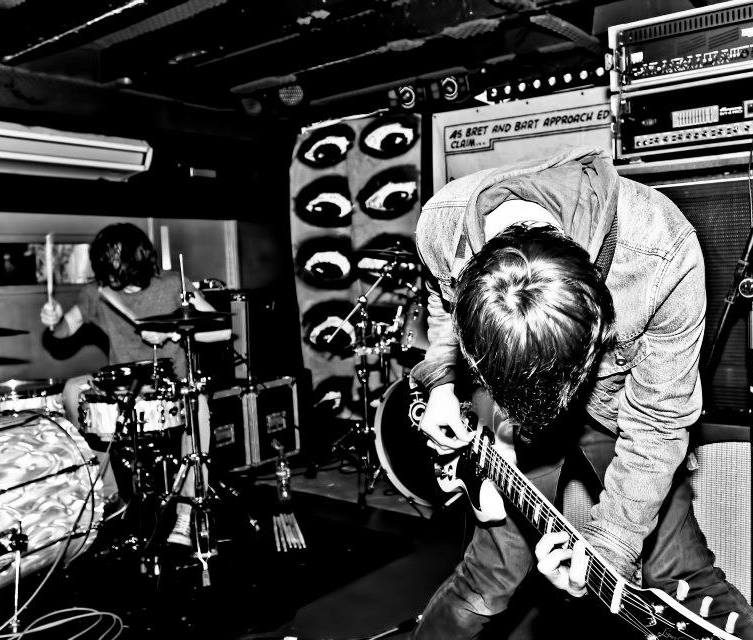 This Chicago based band have wasted no time messing about in getting themselves together and ready to explode; having only formed in the early period of last year, they’ve just released their exceptionally self-assured, self-titled EP. Not just an EP that exudes confidence beyond that of most bands this new in the game, but one that carries considerable coherence that belies the eclectic influences clearly audible in the band’s sound.

Rakunk are proud to wear their eclectic tastes on their sleeves and it’s clear to hear in their music, shot through as it is with ideas that call to mind any number of genres from synthpop to punk to prog to indie to alt. rock to pop, and more, simultaneously and alternatively. However, this three piece craft their songs in such a way that all these disparate elements work together harmoniously, resulting in easily-digestible, instant anthems.

Moon Duo are, as you might’ve guessed from their name a duo. Not that band names usually ever mean anything or have any connection to the band themselves, but Moon Duo are a duo, and I’d go so far as to say it would be appropriate to listen to said duo under the moonlight. Preferably around some kind of fire, and possibly involved in some kind of shamanic ritual.

The pair, Ripley Johnson and Sanae Yamada, conjure up some truly bewitching hymns at the altar of noise. Their songs are trance-inducingly narcotic and mystical, all tripped out psychedelics, sinister rumblings, infectious grooves, and medicine-man mantras. Imagine if The Horrors at their psychedelic crossroads took the gothic route instead of the synthy, scenic route.

‘Everybody’s luck runs out sometimes’. So goes the vocal refrain of …And the Hangnails’ ‘Everybody’s Luck’, and it ain’t it the fucking truth? However, I’m gonna go out on a limb and say it seems luck is unlikely to run out for this duo (yes, another one) from York. Not if they’re going to continuously churn out consistently brilliant adrenaline shots of ‘loud-as-fuck-guitar-pop’, as they’ve been doing up until now.

Already three albums deep since forming back in 2011, this year will see them knock a fourth out of the park. Going the DIY route of self-releasing their work, …And the Hangnails display not just an impatience for fucking about waiting (they self-released their debut album before even playing their first live gig, supporting The Computers), but also a prolific punk rock work ethic.

God damn, do I love a raucous two piece that make more noise than the laws of the universe should allow for, and god damn it, if God Damn aren’t one such two piece. Not only that, but they riff around in that evil sounding melodic sweet spot that’s… that’s just great. The gruesome twosome exploded out of the black country and they sure did bring the black with them.

They’ve a couple of incendiary singles under their belt, but this year will see the release of their debut album, Vultures. So there’s another reason to love them, vultures should stick together. So, if you can imagine an unholy blend of The Eighties Matchbox B-Line Disaster, Mclusky, Electric Wizard, and Eagles of Death Metal, and that sounds like something you’d like a tall drink of. Swig down God Damn.