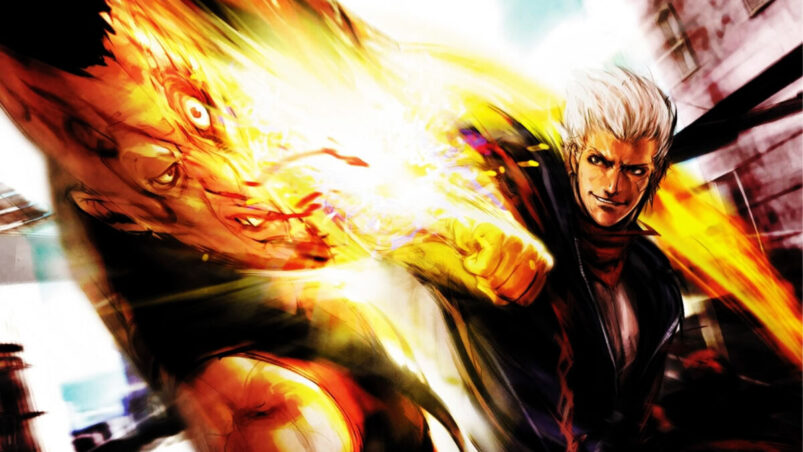 Sony have finally lifted the lid on 2022’s worst kept secret in gaming: they’re overhauling the PlayStation Plus and PlayStation Now subscription services, creating three tiers of subscriptions that offer a host of features. One of the more exciting tiers is PS Plus Premium, which will include 300+ games from across PS1, PS2, PSP and PS3.

PlayStation Now already includes a host of retro games in the form of PS2 Classics, which are basically re-released ports, but Sony will likely drop some bonus games into the subscription just to sweeten the deal. As for what games, we have a few suggestions for PS2 games that would make for excellent additions.

One of the most successful platforms of all time, the PS2 is a veritable treasure trove of classic games, but you wouldn’t know that from the current offerings on modern PlayStation consoles. This revamped PS Plus plan is a chance for Sony to dig deep into the vault and revive some all-time world beaters, using nostalgia to help sell the appeal of PS Plus Premium. We just happen to have a few suggestions. 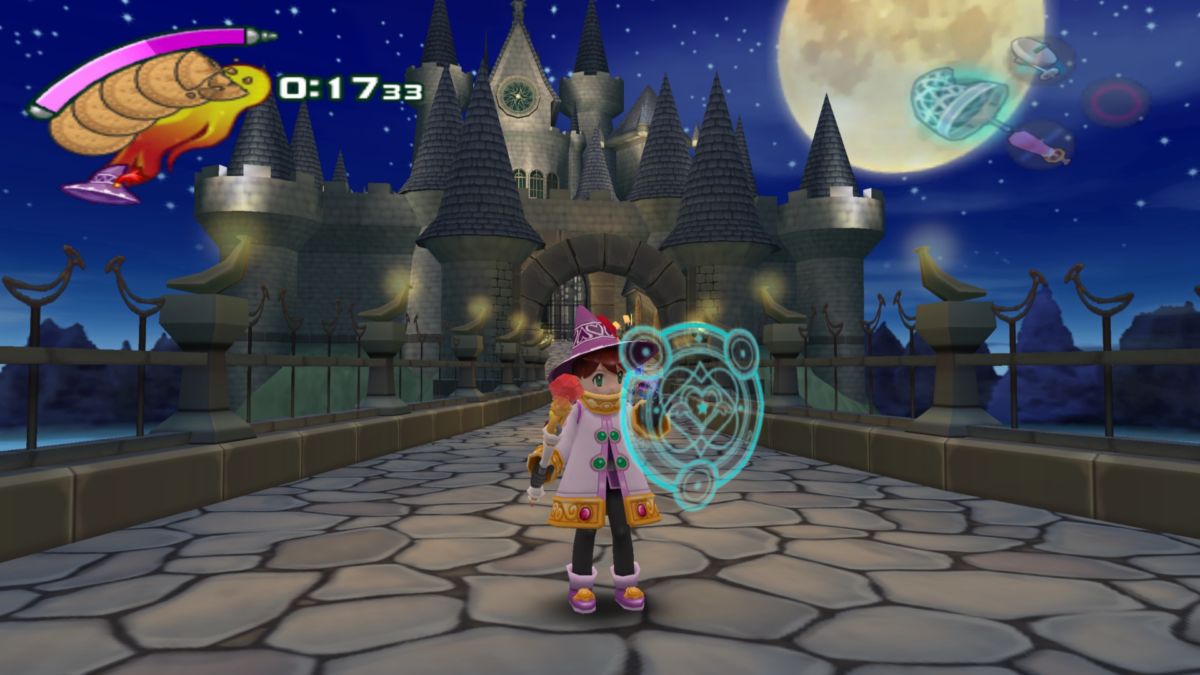 The current PS2 games line-up does include an Ape Escape, so asking for another one might seem a bit greedy, but then I remember that Sony shut down Japan Studio, the team responsible for Ape Escape, and I reckon they could at least do us the favor of porting Ape Escape 3. Quite frankly, it’s the best entry in the series, and it’d be nice to see the game being given more love on PS4 and PS5.

As you’d imagine with the name Ape Escape, a bunch of monkeys have gotten loose and it’s up to you to make sure they’re put back in their place. The gimmick here is that each level is played like a TV show parody of different genres, from medieval castles to Wild West shoot-outs, space dramas and kung fu cinema galore.

Also, it features the best mini-game in history in the form of Mesal Gear Solid, which replays the events of Metal Gear Solid 1 but with monkeys. Game of the millennium.

It still brings great sadness to report that nothing is happening with the Burnout series right now, but it sure would be nice to revisit the best game in the series. While Burnout Paradise seems to have been hand-picked by EA and Criterion as the golden child of the franchise, fans know that the real high watermark has always been Burnout 3: Takedown. There has never been, and likely never will be, an arcade racer that matches up to the excellence that is Burnout 3.

While the first two Burnout games focused more on high-octane racing above anything else, Burnout 3 championed aggression, encouraging players to slam their competition into cars, walls and off cliffs in order to get the win.

Burnout 3 also boasted the best version of Crash Mode, which tasked players with launching a car into a busy intersection and causing as big of a pile up as possible. Later games in the Burnout series added more gimmicks and features, but there’s a purity in Burnout 3: Takedown that’s unmatched.

You might think that the Marvel Cinematic Universe is the most ambitious crossover of all time, but allow me to present Capcom Vs SNK 2: Mark of the Millennium 2001, which saw two titans of the fighting game world combine to create the ultimate fighting game. Without a doubt, Capcom Vs SNK 2 is a brilliant part of the PS2’s library, and an essential aspect of fighting game history that’s worth preserving with some kind of PS Plus-related port.

Chucking together fighters from the likes of Street Fighter, Darkstalkers, The King of Fighters, Samurai Shodown and others, CvS2 features a healthy roster of 48 characters. There’s also 6 different “grooves” which dictate what abilities you can use from different Capcom and SNK fighting games, and the ability to create your own groove.

Considering CvS2 has already been ported to the PS3 in the past, and both Capcom and SNK are porting their crossover games to other platforms in recent years, this doesn’t seem too outlandish. 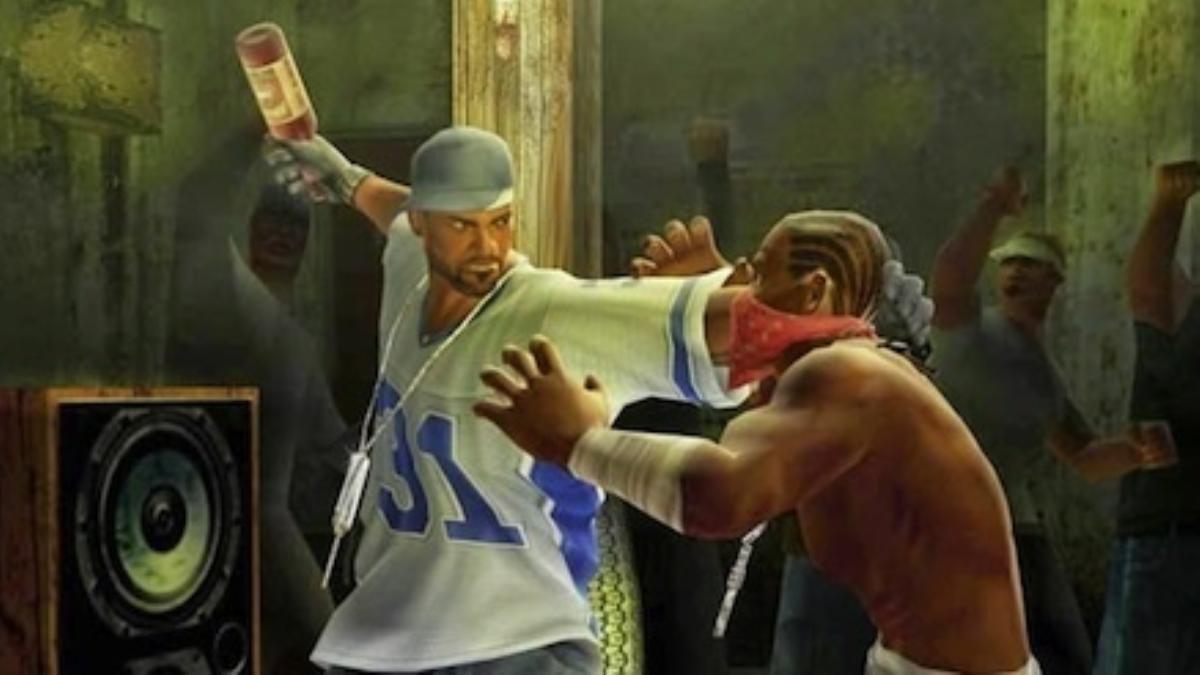 Look, right. Listen. I’m sick and tired of different rappers and former Def Jam Recordings executives coming out of the woodwork, saying “oh, wouldn’t it be cool if we got a new Def Jam game” and raking in the social engagement before disappearing once again. Let’s just port Def Jam: Fight For New York to PS4 and PS5 as part of the PS Plus and just be done with the whole thing. Besides, Def Jam: FFNY slaps.

While Capcom Vs SNK 2 is the ideal crossover for fighting game fans, Def Jam: Fight For New York is the perfect fusion for rap and wrestling fans, as iconic rap artists are thrown together into a ring to decide the last man standing.

Powered by the legendary AKI Engine, responsible for the likes of WWF No Mercy, Def Jam: Fight For New York is the ultimate party fighting game. Recognisable characters, easy controls and plenty of chaos; break this out with your friends and fun is pretty much guaranteed. 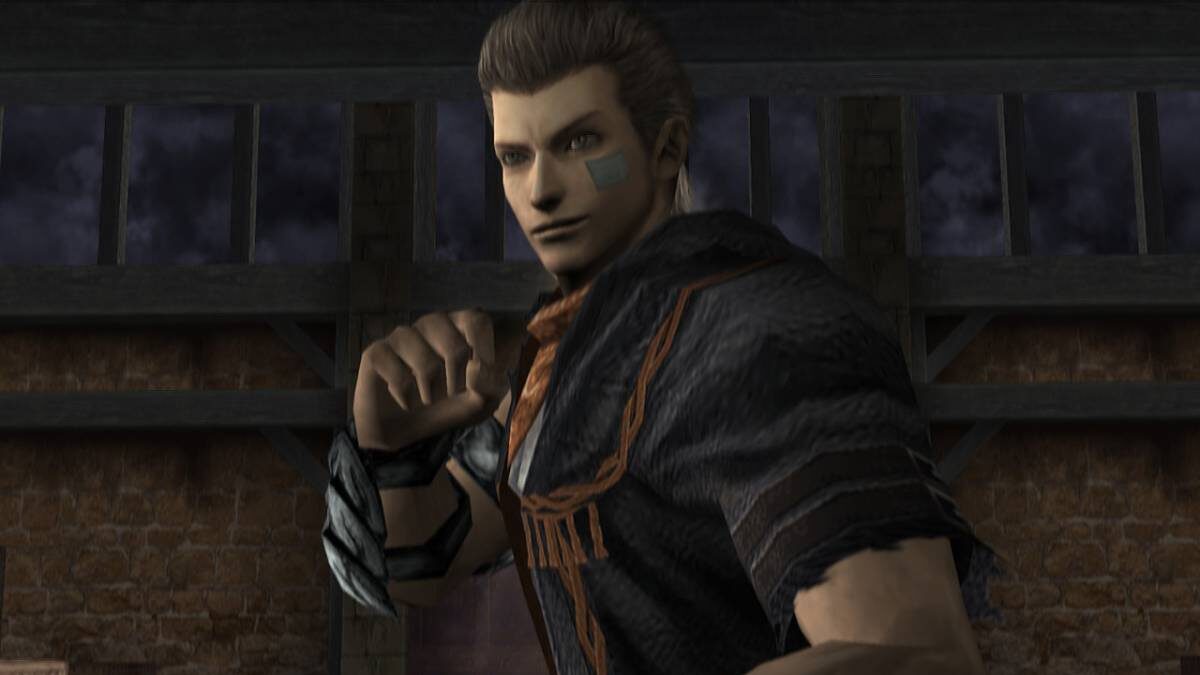 There are plenty of games on the PS2 you could point to as having gained more popularity/notoriety long after the game was released, and God Hand would certainly count as one of them. At launch, the only real news of note was a particularly scathing review from IGN, but over time, the game has emerged to become a real cult hit for the era. Even IGN ranked it among the top 100 games of the console, so that has to stand for something, right?

As Gene, wielder of the titular God Hand, you have to smack around a host of demons because, well, they were kind of looking at you funny. Plot isn’t God Hand’s speciality, but an absurd spectacle (have you ever wanted to fight against miniature Power Rangers?) and watertight gameplay made for a memorable experience. If nothing else, it’d be nice to see this game added to PS Plus just so I don’t have to pay £70 for the original PS2 disc.

Yeah, emulation exists, but I’m lucky if my laptop can handle opening Discord some days.

In a gaming landscape that now seems to champion open world exploration and Michael Bay-esque explosions and bombast, Mercenaries was way ahead of its time. It was also a game that courted plenty of controversy, using the political backdrop of North Korea’s dictatorship to tell a story of a maniacal despot being overthrown, but at least Mercenaries did it with an ounce more subtlety than Team America. Only an ounce, but still.

As one of a few selectable Mercenaries, you’re dropped into an active war zone in North Korea and tasked with hunting down the Deck of 52, all of which are key personnel in the North Korean regime. Using a mixture of exploration and working missions for the various factions within the game, you’ll capture or kill the full deck before taking on the Ace of Spades himself. You can also call in airstrikes to blow up any building you see while dressed as Han Solo.

It’s daft, but it’d be nice to see this incredibly fun series return once again.

It’s a shame that the Onimusha series never seemed to make it past the PS2 era. Games like Nioh and others might have offered demon slaying samurai action with modern gameplay, but it would have been nice to see a PS2 stalwart make that transition too. What would a modern day Onimusha look like? That’s a question to ponder for another day, but for now, let’s just settle for Onimusha 3 getting ported to PS4 and PS5 thanks to PS Plus.

Taking a strange detour after the first two games focused purely on a mythological version of feudal Japan, Onimusha 3 moves between that version of Japan and modern-day Paris, as demons are laying siege to both with a view to take over the world. Fortunately, series hero Samonosake and newcomer Jacques Blanc, played by Jean Reno, are on hand to lay the smackdown across time and space.

A lot of you might see this pick and begin to question why Soulcalibur 3 would get the nod over the superior second game, but we’re saving that one for the inevitable PS3 Games We’d Love To See article. That HD Online port was pretty good, you know. Anyway, default isn’t the only reason why Soulcalibur 3 is getting the nod here though, as it’s genuinely a brilliant and somewhat underrated entry in the franchise.

The fourth instalment of the weapon fighter (thanks Soul Blade, for making the numbering weird), Soulcalibur 3 introduced a lot of key mechanics that would become staple features in future entries. Longtime favourite character Zasalamel was added here, alongside the character creator. On top of that, modes like Chronicles of the Sword, which blended fighting games with real-time strategy, added some unique depth to the game.

Also, Soulcalibur 2 had Necrid, so it actually wasn’t as good. Sorry.

Run DMC said “it’s tricky to rock a rhyme / to rock a rhyme that’s right on time”, and while that’s true, it’s probably also tricky to re-release a game that’s filled to the brim with licensed music. Still, EA managed to find a way to relist SSX 3 for sale on the Xbox Store as a backwards compatible game. It’d be nice to see that added to the PS Plus library too, don’t get me wrong, but SSX Tricky hasn’t been ported yet and that’s a damn crime.

The original SSX established the snowboarding series as one to watch, but SSX Tricky cemented its place on top of the mountain. Ostensibly a director’s cut version of the original game, Tricky included remixed tracks, along with two extra tracks, and the introduction of Uber Tricks, which were incredibly flashy moves that rewarded the player with infinite boost if they were able to pull them off.

Honestly, it’d just be nice to hear It’s Tricky while boarding down a mountain once again.

We’ve already covered one of Clover’s greatest hits in God Hand, but that doesn’t mean we should forget about Viewtiful Joe, which quite frankly deserves a HD re-release of its own. With that in mind, we’re bundling both the original game and its sequel together on this list, because we just can’t decide between them and would love to see them get ported in some way. As the new version of PS Plus launches, that seems like the perfect time.

You play as Joe, a layabout and film lover who gets sucked into the world of films and is almost killed. However, he’s given the power to transform into a superhero, Viewtiful Joe, who’s able to use film as his power. Being able to slow down, speed up and rewind the action makes for some useful abilities in combat, and Joe will need all the help he can get, as Viewtiful Joe is a pretty tough game.

Hopefully, we’ll see this icon get the recognition it deserves.

READ MORE: 15 Best PS5 FPS Games That Are Worth A Shot