Matthew Rhys staggers through depression-era Hollywood, seeing just what evil lurks in the hearts of men. 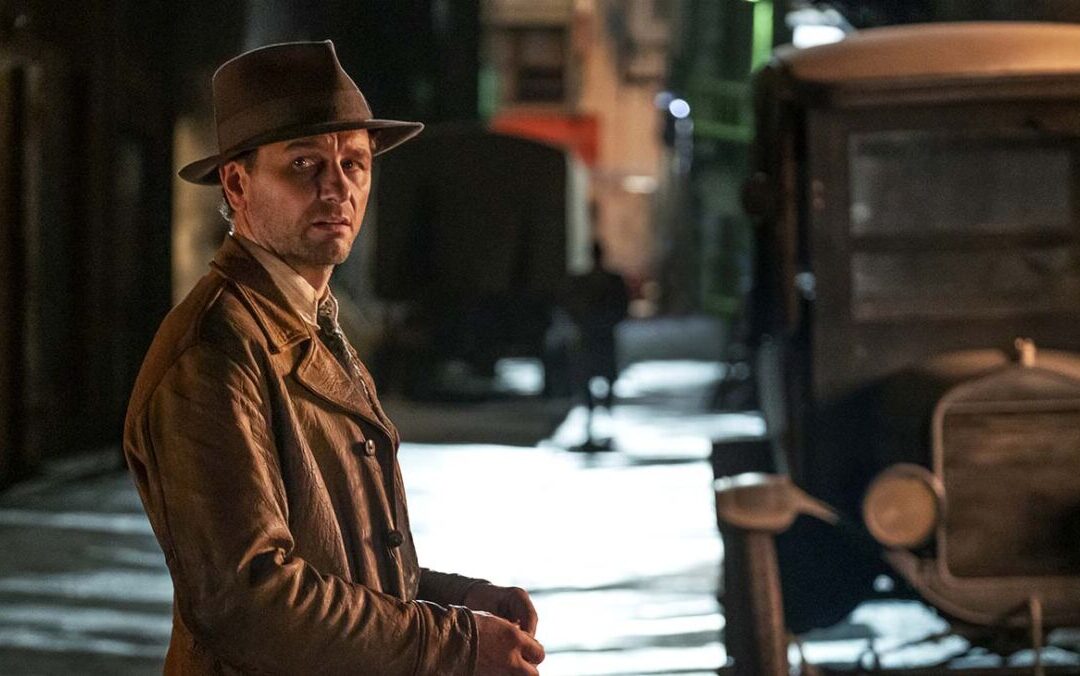 Supposedly there’s a million stories in the naked city. This reworking of Perry Mason is having a crack at a good seven or eight. Were it a serial, that would translate to one a week, so fine – but here it’s a bit of a juggling act.

There is one clear central narrative which all the others stem from and flow back into, and that’s meaty enough to carry the show. The b-plots flesh it out for sure, but there’s the constant worry they could be trimmed – coming, as they do, at the expense of the a-material.

What doesn’t help this is the fairly plodding character work It’s not bad per se, but nothing that would be cause for alarm for anyone who’s experienced fiction before. Matthew Rhys is suitably rumpled and jowly as Perry Mason, carrying the lead role as he wanders around LA with a face like a slapped arse, but from him on down everyone knows their role and sticks to it pretty rigidly. You have your cackling villains and your despondent victims, who again aren’t bad performers but also aren’t delivering us anything unfamiliar.

The show’s real strength is as a period piece, and not simply in terms of recreating the sepia age. While it does this as sumptuously as anyone could hope, it’s also the rare beast of a Los Angeles show that’s actually about Los Angeles, rather than the executives having thrown up their hands and decided to shoot it down the street. And more impressively, this doesn’t manifest itself in an obsession with the media.

Don’t get me wrong, the film industry is mentioned – but if you wanted a production like that, about a hard-boiled fixer running from film set to film set, watch the Coen brothers’ Hail, Caesar! instead. The furthest Perry Mason goes in that regard is a minor character who’s a clear pastiche of the unjustly disgraced Fatty Arbuckle.

The news media, on the other hand, is so omnipresent it’s amazing we never see a newspaper spinning towards camera. It’s never front and centre, but if there’s a scene in a public place, there’s good odds that somewhere you can hear flashbulbs going off – which explains the size and ferocity of some of the crowds. And this mob psychology leads neatly into the other reason the show is so distinctly Los Angelean: religion.

The Mormons notwithstanding, Southern California and LA specifically has always been ground zero for America’s homespun cults, but it’s rare for that to come up much in the media – if it does, usually it’s the few creators with the guts to take a pop at Scientology. But Perry Mason makes heavy feature of the, shall we say, interesting spin that the town of Hollywood puts on evangelical Christianity, which one feels is locked in a thorny spiritual battle over whether to feature a gift shop.

At one point, the show makes mention of Hollywood’s Forest Lawn cemetery, presented in the same circusish light as the rest of the religious mania at hand – which is interesting, because the show had already been putting me in mind of Evelyn Waugh’s The Loved One, a novella which the staunchly Catholic Waugh had essentially vomited out in disgust after witnessing Forest Lawn’s tacky Disneyland approach to death. The Loved One, too, depicted more than a few deluded messianic figures, although typically for Waugh they were all secular in nature – here they’re leading the gospel chants while passing the collection plates (and are, by nature, some of the more lively performers). And with religion itself reduced to little more than cash-grabbing tourist trap, what hope for the rest of society?

The answer, per Waugh and reflected here, is ‘not much’. There’s a few islands of themselves-flawed decency in a seething morass of general misbehaviour – in other words, it’s a noir. This is where it being an HBO production helps, able to come right out and depict the tits, gore, and swearing the original pulp noirs had to carefully dance around. Both the nudity and violence are doled out sparingly, although most characters don’t take much provocation to swear like dockers. This presumably did happen in the ‘30s, not least because there were more dockers around back then, but it’s a relatively new thing to actually see depicted.

The one nod to the times is that there’s no creativity to the vulgarity, like you’d get in the definitely post-2000 The Thick Of It – this was a time when simply saying ‘fuck’ still carried some weight rather than warning you a noun is on the way. It’s played straight, as is the bleakness of the crime that starts it all and the ensuing courtroom dramas, and ‘drama’ is certainly the word for those. This is where all the crowd psychology from earlier comes home to roost, and is perhaps too clearly what the writers were most eager to get to.

It’s hard to fault them for that, though – all told there’s probably not enough scenes in the courtroom (a matter of opinion, certainly, and I’d say the same about TV’s premier lawyer-led drama Better Call Saul). Most everything else that happens is, when it comes down to it, servicing that, and Perry Mason would have done better to lean into this weighting of the plot. Possibly the best scene in the thing is a should-have-been moment of the trial, where Perry has one of those grinning bad guys on the stand and is taking them apart, only for it to be revealed as an overly optimistic fantasy.

A couple more moments like that, and this iteration of Perry Mason could have been something people should really be talking about. Instead, it’s more a case of modern-day producers rediscovering the well-honed hammers and screwdrivers of the noir toolbox. They wield them skilfully enough, but in guarded fashion, not daring to try and make them do anything new. 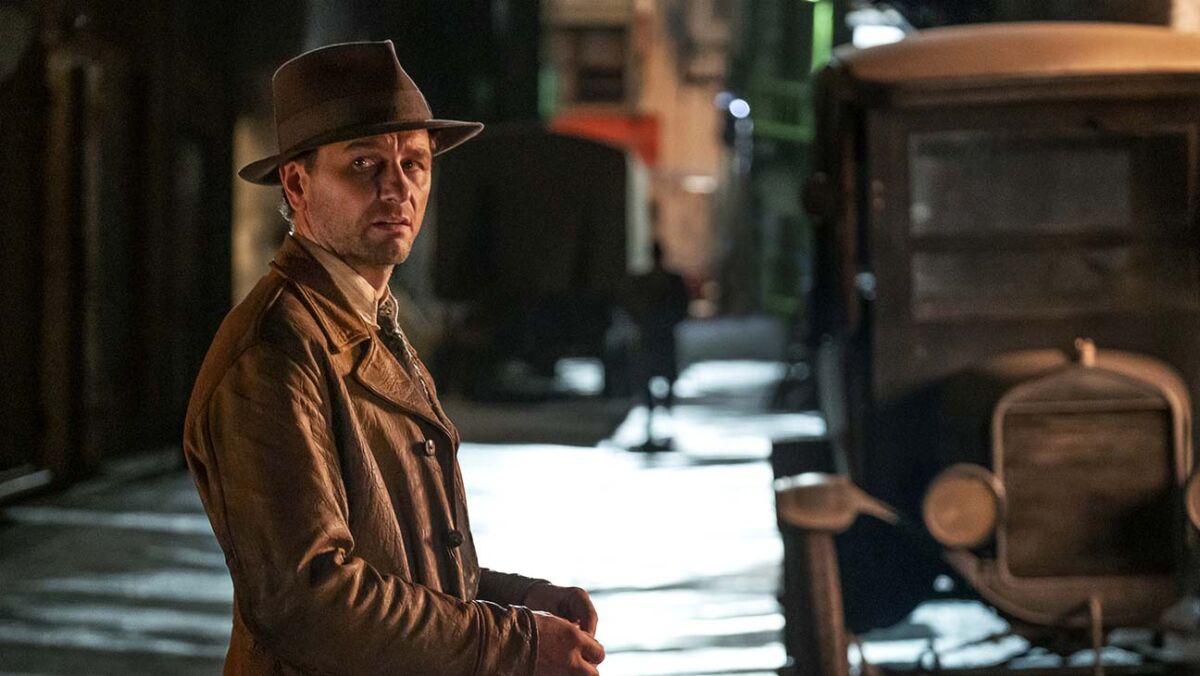 Verdict
A solid modern noir offering, led ably enough by a very sad-looking Matthew Rhys, but one with nothing truly outstanding.
7
Cultured Vultures is a pop culture website established in 2013 covering all things gaming, movies, and more. We eat your words.
All The News On Your Favourite Games