Paige VanZant To Make Debut At AEW Double Or Nothing 2022

A huge six-person tag is now on the card. 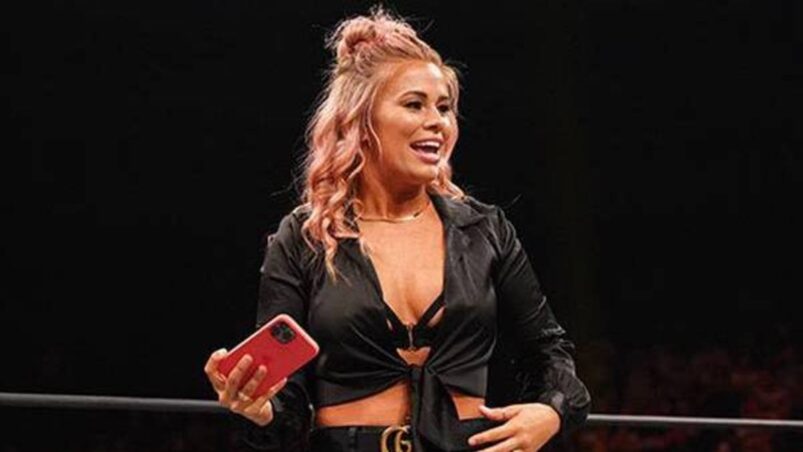 Dan Lambert’s favoured tag team of Ethan Page and TNT Champion Scorpio Sky will team with the debuting Paige VanZant as she makes her in-ring debut at Double or Nothing. The trio will compete against perennial rivals, Sammy Guevara, Tay Conti and their newfound ally, Frankie Kazarian to finally settle the score over the hot-potatoed title.

VanZant’s debut was confirmed as part of this week’s episode of AEW Rampage where it was also confirmed that if Guevara’s team lost to America’s Top Team, then neither Sammy nor Kazarian will be able to compete for the TNT Championship ever again.

Paige VanZant has been updating fans on her social media with videos of her wrestling training, suggesting that she’s more than ready to cut her teeth as part of this six-person tag match. The former Bare Knuckle fighter will surely be one to watch come Sunday in Las Vegas.

Elsewhere on the card, CM Punk will challenge ‘Hangman’ Adam Page for the AEW World Championship as well as the two respective finals of the Owen Hart Foundation Tournaments. This is a show you don’t want to miss.

READ NEXT: Kenny Omega Will Not Be At AEW Double Or Nothing 2022