This will be a banger. 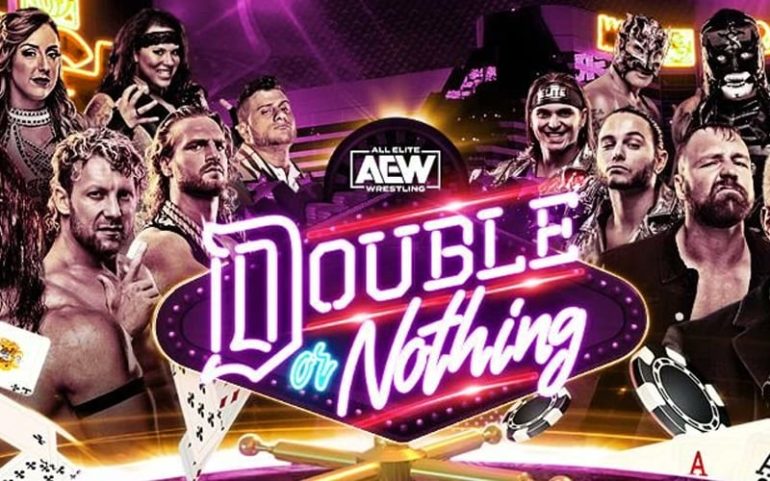 AEW’s fourth annual Double or Nothing pay-per-view returns to Las Vegas over Memorial Day weekend, bringing with it a stacked card full of marquee material. The show promises to be yet another stellar night of wrestling action, putting the spotlight on a star-studded roster and some hotly-anticipated dream matches.

With the AEW X NJPW Forbidden Door event looming, there’s no doubt that AEW will want to put on an absolute banger of a show in the build to the historic, inaugural cross-production. Expect some 5* classics as well as a few surprises over the course of the four hour event.

Below is the full card and line-up for this year’s Double or Nothing show.

It is also rumoured that a singles bout between Kyle O’Reilly and Darby Allin will be confirmed for the show on this week’s Rampage, so keep your eyes peeled for yet another instant classic come Sunday night in Las Vegas.

READ NEXT: WWE Money In The Bank 2022 Moves To Smaller Venue