Jane Schoenbrun’s debut film is genuinely scary and a definite must-see for all horror buffs. 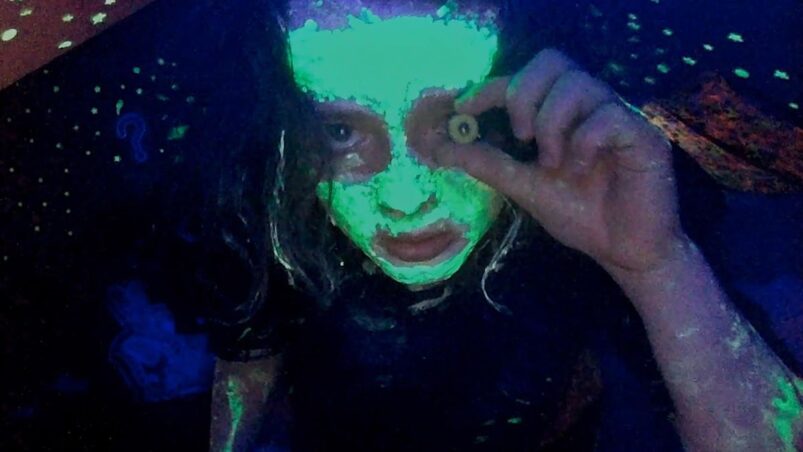 We're All Going to the World's Fair

It’s difficult to know where to begin in reviewing Jane Schoenbrun’s We’re All Going To The World’s Fair. The film packs its 84 minute runtime with so much meaning and so many ideas about our current digital existence that it’s hard to know how to write about the movie without it becoming a manifesto, but I’ll give it my best shot.

The film begins with tween Casey (Anna Cobb) in front of her webcam as she practices her channel introduction before showing the audience her complete “The World’s Fair Challenge” that involves repeating a phrase, pricking her finger, smearing blood on the computer, and watching a video with the blood on the screen. All of this is shown from the vantage point of Casey’s webcam, and the entire sequence plays out in a cold open before we’re shown the title, in a handwritten scrawl, over Casey’s face, presumably at the end of the video. The rest of the film’s opening credits then play over shots of Casey’s rather desolate exurb area.

Opening credits playing over shots establishing geography may seem wholly unremarkable, but in the context of a film that begins on a computer screen, or rather from a webcam, it’s an important marker that this won’t only take place on a computer screen as a number of other recent internet focused films (like Unfriended and Searching) have. While this disavowal of what I believe is a genuinely exciting new form of filmmaking initially made me a bit disappointed, Schoenbrun’s alternating between online videos and reality throughout the film creates a powerful confusion.

The fact that We’re All Going To The World’s Fair shifts between the real and curated digital videos in a variety of ways throughout makes it even more difficult to mark when these changes are happening as the movie goes on. There’s also the alternately meta and identical relationship between the film’s camera, and laptop and phone cameras in the world of the film.

This confusion would be interesting in any film with any story, but We’re All Going To The World’s Fair brings this confusion to bear on a horror story, or at least a story that’s about horror stories. We learn that The World’s Fair Challenge is an online horror game in which people participate in the challenge and then document their experiences, most of which have to do with transformation. As Casey documents her growing feelings of disassociation, and more specifically depersonalization, another player in the game reaches out to her. This then opens another avenue of horror, as we see a young woman talk with a stranger online.

And the film is genuinely scary. The boundary between the real and the curated grows more and more difficult to discern, and Cobb’s performance as Casey is astounding as it becomes nearly impossible to discern what is performance, what is real, and what may be a product of the supernatural that she has invited into her life.

There aren’t any jump scares in the film, though there are some striking images, so almost all of the horror comes from the gnawing uncertainty of what is real and a desire to understand the mystery of The World’s Fair. But maybe there isn’t an answer. The film doesn’t offer any resolution and in fact seems to only double down on its ambiguities in its final moments. And while these ambiguities are undeniably unsatisfying, they may also be part of why the film is so powerful.

We’re All Going To The World’s Fair announces Schoenbrun and Cobb as two major talents to watch. It’s an unnerving film that’s going to stay with me for a while, not only because of how effectively unsettling the film is, but also because of the vast number of ideas and themes that Schoenbrun explores, from allegorical (or not) gender dysphoria to the internet as a new god. Like I said, it’s hard to write about this movie without it turning into a manifesto. 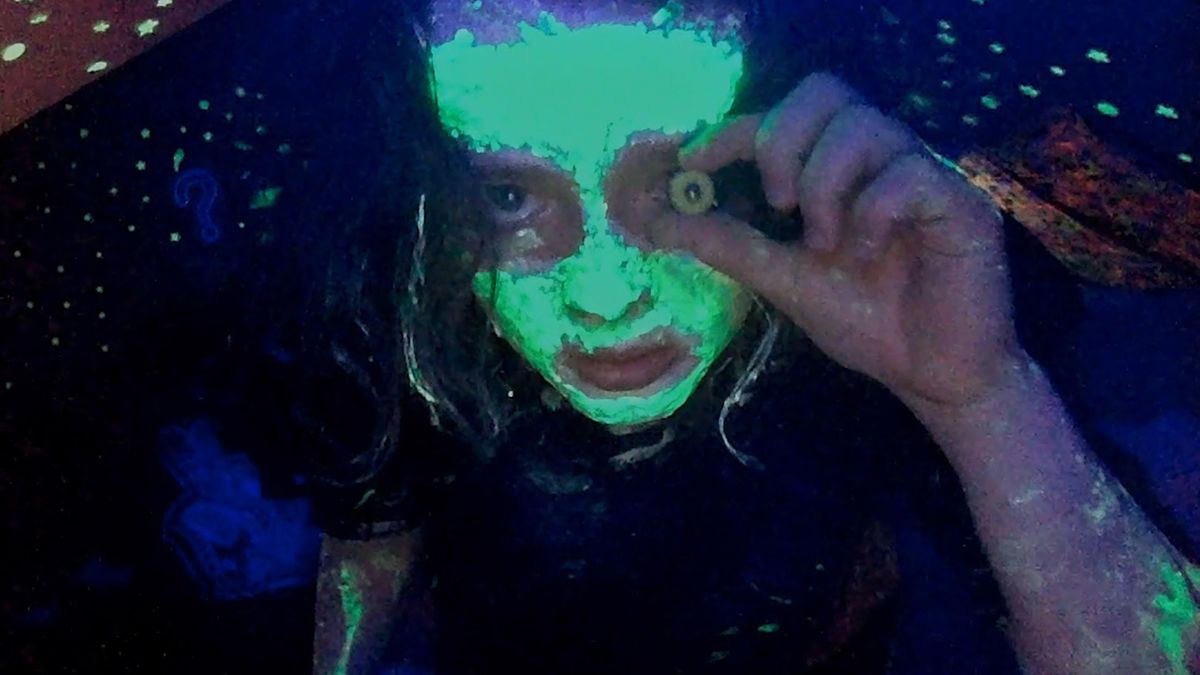 Verdict
We’re All Going To the World’s Fair is an astounding debut with a breathtaking central performance that will delight, frighten, and puzzle viewers for years to come.
10
Cultured Vultures is a pop culture website established in 2013 covering all things gaming, movies, and more. We eat your words.
All The News On The Biggest Games