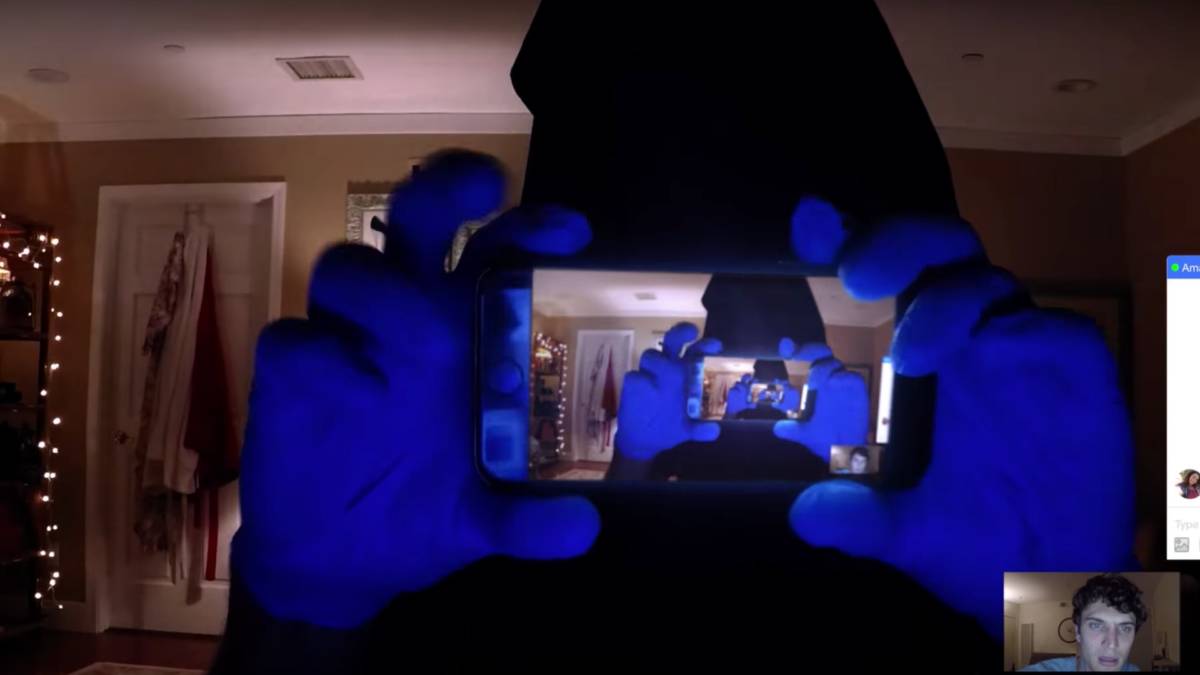 Blumhouse has a reputation when it comes to the films they produce, and they can either be really well-done, or really… poor. Especially when it comes to their horror movies, there’s definitely a stronger factor of what’s good and what’s not. In the case of Unfriended: Dark Web, it’s hard to determine how well it holds up.

Unfriended: Dark Web doesn’t take place after the original Unfriended. With a new cast and a new plot, there are new fears to face. Blumhouse can be praised for many reasons that balance their flaws in this film. Their range in character diversity is fantastic, and they add a lighthearted note to a darker movie. The acting is convincing, natural and polished for the horror genre. What’s unique, and extremely impressive, is that Amaya (Stephanie Nogueras) accurately presents the relationship between a deaf and hearing couple. American Sign Language is used, untranslated, for a majority of the film.

It’s interesting and confusing that a sequel would take this kind of route, where the franchise name ‘Unfriended’ doesn’t exactly seem to be a fitting title for the film. It jumps right into a pre-existing universe and quickly picks up speed that doesn’t slow down for a single moment. The entire film is fast-paced and can’t really catch its own breath. Think of the plot as a loose thread; once pulled at, the entire seam hopelessly unravels. Once the “evils” are reckoned with, they keep coming.

On the scare stakes, it’s borderline. It seems to be more of a panic montage with comic relief. Yes, there are some scenes where it’s highly disturbing, with enough unsettling footage to chill an audience, but in reality is more of a psychological thriller. However, there is a lot of audience participation needed. With the entire screen mimicking the layout of a computer screen, there are multiple simultaneous activities that the viewer is required to follow. Whether it be a small chat bubble that pops up on the side of the screen or keeping track of the number of open window browsers present, there isn’t a time to take a break.

The biggest fear to face is the fear of having your laptop or desktop hacked, or meddling with the dangers of the dark web. As the main antagonists are hackers, it leaves a lingering impact on an all-too-real occurrence. Maybe hacking doesn’t always leave impending death to follow, but it sure is a tired tactic of torture. Unlike the first Unfriended, there’s little paranormal activity that goes on during the sequel. The threats are daunting, but nothing that an entity could accomplish.

Unfriended: Dark Web comes to a blunt, boring and disheartening conclusion. The end of the film is lackluster and it dulls the blow of the impact it attempts to deliver. Though there are positive aspects of the film, this unnerving piece is tamer than most modern horror movies. It’s more of a dissection of the inner workings of the dark web itself, and an exaggerated reason why you should refrain from it.