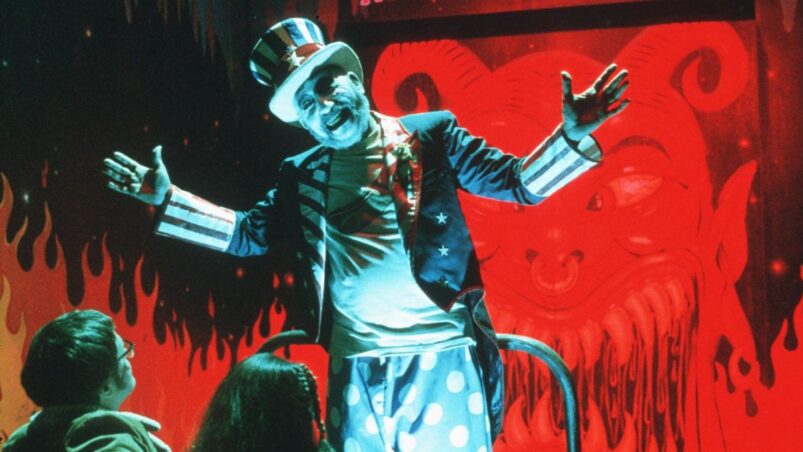 Do other genres lend themselves so well to being ripped off? We should also perhaps be a little gentle about the word itself, as I run down 5 classic horror movie ripoffs I actually like a lot. Films borrow from each other all the time. The debate about the difference between a homage or tribute and a ripoff isn’t likely to be settled anytime soon.

Some movies exist entirely as a cynical cash-in for producers or a studio. Yet they wind up being ultimately helmed by people who brought their own creative energies and ideas to the project, giving it distinction from whatever trend it takes advantage of. Other movies are a factory job to everyone concerned — no more or less —and even then, some of those can be entertaining as hell in their own right.

Mostly, “ripoff” is a good way to shut down the conversation about a movie you don’t like because nothing is worse than being the result of something else that was successful.

Some ripoffs are very upfront about themselves. Others are passed off as innovation, which can certainly be annoying.

I guess my point is that it’s a complicated subject. At least, it seems to be when it comes to determining just how much you should hold it against the filmmakers. I suppose that’s where it becomes aggressively subjective.

The odds are also pretty good that at least one of your favorite horror films owes a significant debt to something that came before it.

Things are going to be subjective as hell this month at Make the Case. However, the movies covered here are all noted for their ties to other films.

That won’t be a knock on any of them either. Ripoff or not, everything featured here this month are still movies I genuinely and unironically love.

Demon Wind is a perfect example of the notion that being a ripoff, or at least taking some very heavy cues from someone’s more famous movie, isn’t inherently a bad thing. None of the films featured in this month’s column are joyless, boring, or the result of a weak imagination.

An impressively large group of friends show up at a farm to support one friend in particular, who is determined to solve the bizarre supernatural occurrences which have haunted his family for several generations.

Borrowing a little from John Carpenter’s The Fog, the “demon wind” in question eventually traps them not only in the area surrounding the farmhouse, but in a dimension seemingly separate from our own. The story gets exponentially stranger from there, with martial arts, magic, a plethora of monsters, and a sense of humor that follows and enhances most of these characters and dialog.

Demon Wind is a strange duck indeed. Evil Dead and The Fog fans who haven’t seen this should. I promise you won’t be mad at the similarities.

Despite going into production at roughly the same time as Gremlins, it’s almost impossible to imagine the success of Joe Dante’s holiday horror classic didn’t influence the debut feature from the versatile writer/director/actor Luca Bercovici on some level. Still, Ghoulies distinguishes itself from Gremlins by being more of a haunted house movie then a dark comedy creature feature.

Ghoulies is arguably worth watching just for how much the story tries to pack in. We get magic and the occult, a plethora of dumb, earnest people, wizards, dwarves, ghosts, and a satisfying setup for the inevitable sequel.

While not perfect, and while not completely detached from Gremlins, I think there’s a worthwhile argument to be made in giving Ghoulies the respect of being its own little oddball entity.

The best part about mentioning any Rob Zombie movie is that I’ve just immediately split the room in two.

Either you believe he’s a creative filmmaker who combines his many horror and other influences with his own sensibilities as a writer and director, or you consider him to be a loathsome hack who has degraded the very genre itself by making violent, ugly, highly stylized horror movies.

Either perspective is fine, although I don’t think offhand that anyone’s detractors come at them with as much vitriol as Rob Zombie. The recent announcement that he will be directing a movie based on The Munsters has been met with mild scorn by a few very passionate critics.

I mention all of this because if you’ve never seen a Rob Zombie movie, House of 1000 Corpses, his first feature-length film, is a good enough place to start. If nothing else, the story of a murderous family bringing the wrath of their sadistic madness down upon some college youngsters writing a book about roadside attractions, will show you how Zombie works with his influences and, if nothing else, sincere interests.

Personally, I enjoy the many connections House of 1000 Corpses shares to TCM, Spider Baby, and others. Zombie’s pacing and willingness to let the actors work keeps the film from ever becoming truly derivative.

House of 1000 Corpses may not be as focused as Rob Zombie’s later films, but this result of running a few dozen movies through a blender is still a lot of fun.

While admittedly not very good, I find it difficult to be completely dismissive of this Hindi remake of Wes Craven’s seminal work. The movie’s basic premise borrows so directly and aggressively from the original A Nightmare on Elm St, I think calling it a ripoff might not be wholly accurate. At this point, what we’re really talking about is a remake that was made without stopping to ask permission first.

Let’s not worry about semantics. The important thing here is that Mahakaal is 1/3rd a Bollywood musical, another part a remake of the original Elm St, and the 3rd part going to the fact that the directors opted to include deaths and visuals from other Elm St movies. It won’t surprise you to find that this movie runs nearly 2 and a half hours.

Which means, yes, it does tend to get a little slow sometimes. That, and a “Freddy” design that’s even crappier than the 2010 remake, ultimately doom Mahakaal to being much more than a very impressive curiosity. I think everyone should see it, but I have a hard time picturing a lot of dedicated fans.

Like a lot of subjects involving Italian exploitation filmmaking, the story of Lucio Fulci’s Zombi 2 is a little difficult to comprehend in full.

We have to consider its dubious connections as a sequel to George A. Romero’s iconic zombie classic Dawn of the Dead (released in Europe as Zombi), and the fact that it’s still one of the best zombie movies ever made.

Indeed, other than the presence of zombies, there isn’t too terribly much Zombi 2 actually shares with Romero’s breathtaking, brutal depiction of the zombie apocalypse in action. Where things got weird was when Fulci decided it would be fine to pretend his movie was a sequel to Romero’s earlier release. That was really all he ever wanted.

While the resulting mess, combined with the success of Zombi 2 leading to a bunch of other movies, is certainly worth learning about, we still have an extremely entertaining zombie movie.

From the zombie/shark showdown you’ve been praying for, to some delightfully nasty special effects, and a solid cast making the best of a hilarious dub and lopsided characterizations,

Zombi 2 is a little cheesy, but it’s also one of the most fearlessly imaginative zombie movies ever made.

READ NEXT: 20 Best Horror Podcasts You Should Listen To