One-Punch Man Beginner’s Guide: Everything You Need To Know 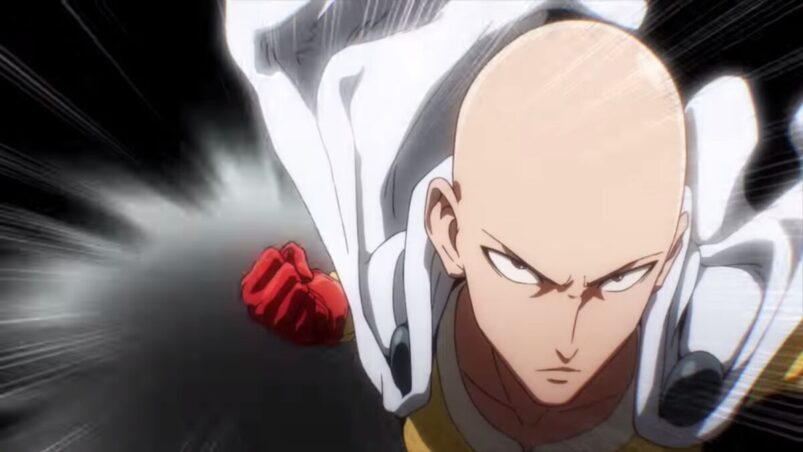 Anime is well known for balancing flashy animation, intense battles, and goofy humor, but few shows nail that balance as well as One-Punch Man does. Gloriously lampooning shonen anime and manga, One-Punch Man follows the ridiculous conceit of the most powerful being in human history and how bored he is with life. As Saitama looks for something helpful to do with all of his power in between trips to the grocery store, a very silly and entertaining world slowly opens up before him.

If you’re looking for a bit of information about One-Punch Man and its many hilarious characters, we’ve got you covered. We’ll school you on all three versions of the story that are currently ongoing and even point you in the direction of where to begin. Ready to join the Hero’s Association? Then read on.

As the title suggests, One-Punch Man focuses on a hero so powerful that he can destroy any opponent with only a single strike. If this sounds totally absurd to you, don’t worry —  it’s meant to. While Saitama’s training has made him into a force to be reckoned with, it’s also sucked the joy and zest out of his existence. He dreams endlessly of being challenged or even injured again so that he can feel alive.

When a fateful encounter with a cyborg sees Saitama’s tremendous power exposed to the world, he joins the Hero Association and quickly climbs the ranks to rival its best members. As the internal squabbling of the Association clashes with the various threats against the planet, One-Punch Man grows in scope to become a show as exciting as it is funny.

As extraterrestrial threats invade, regular humans turn themselves into ridiculous supervillains (“I love cars so much that I made myself into a car!”), and the Monster Association plans to overthrow the whole system, it’s up to Saitama and the other heroes to keep the threats against the world at bay.

The original version of One-Punch Man was a webcomic created by the mysterious ONE. Nobody knows who the secretive ONE really is or even their gender, and the mystery is one that many manga fans are still trying to solve to this day. In any case, ONE had observed that most shonen anime followed a similar premise of a young hero training and slowly growing in power until they’re the strongest or the best. Since that’s usually where a series wraps up, ONE thought it would be enormously fun to write a series that starts where most other anime and manga end.

The popularity of the webcomic led to it being remade as a manga by Yusuke Murata and eventually adapted into an anime series as well. Murata felt so strongly about the work that he took it on while fatally ill, wishing to do this one last project before he died. Luckily, he pulled through, and now all three versions of the story are still ongoing today.

This means a superfan would have to keep track of three different chronologies of the story to follow its many iterations. If you’re just getting started, your best bet is to pick one and stick with it while you get your bearings before going on to one of the other versions.

Saitama is the main character of One-Punch Man. As we’ve explained above, he’s sort of a bored loafer with this fantastic source of power within himself.

This changes when he meets Genos, a cyborg out for revenge. As the two join the Hero Association, they meet other key figures like martial arts guru Bang and the psychokinetic Blizzard.

Meanwhile, Sonic, a ninja who Saitama defeated, promises vengeance, and a disciple of Bang’s looms in the background, ready to bring the age of heroes to an end.

Where To Watch One-Punch Man

As with many popular anime, the first season of One-Punch Man is available on Netflix. However, as is also typical, this first season is all that’s on there.

Fans looking to check out the second season are best suited to grab a Crunchyroll subscription as the anime streaming giant will likely be one of the only places to watch subsequent seasons of the hit anime.

There are also collected episodes of the anime for purchase from online stores like Microsoft or in a physical media version on Amazon.

Where Can You Read The One-Punch Man Manga?

The answer to this depends on which version you want to try first.

The webcomic is the furthest along of the two and can be read entirely for free at ONE’s website here.

The manga, on the other hand, can be read through, complete with all the re-draws and up-to-date canon, here.

The great thing about these sources is they both come from the creators of the source material and don’t feature any ads to click through or close. You can read the story through to your heart’s content with no frills, gimmicks, or interruptions.

Alternatively, you can purchase physical copies of the manga from many different sources, including Barnes & Noble, Amazon, or Indigo.

What Should I Try After One-Punch Man?

If you’re looking for a popular anime that’s similar in tone and premise to One-Punch Man, look no further than My Hero Academia. Set in a world where 80% of the world’s population has superpowers, the show has similar themes like the responsibility of the powerful to protect the weak and the internal squabbling of various hero organizations. It’s also hilarious from time to time, though it does follow a more traditional shonen-style arc.

Kill la Kill also balances silly humor and thrilling action quite well and doubles down on that One-Punch Man energy by skewering anime/manga tropes repeatedly throughout its run.

Lastly, if it’s that sharp signature animation style you’re looking for, try out other series by Madhouse like Mob Psycho 100, which was also created by ONE. You’ll recognize his character design and sense of humor right from the first episode of the psychic battling/ghost-hunting series. Outside of these two, Madhouse has a pile of prolific work like Ninja Scroll, Parasyte: The Maxim, Death Note, and Hunter x Hunter.

READ NEXT: Demon Slayer Beginner’s Guide: Everything You Need To Know