Demon Slayer Beginner’s Guide: Everything You Need To Know 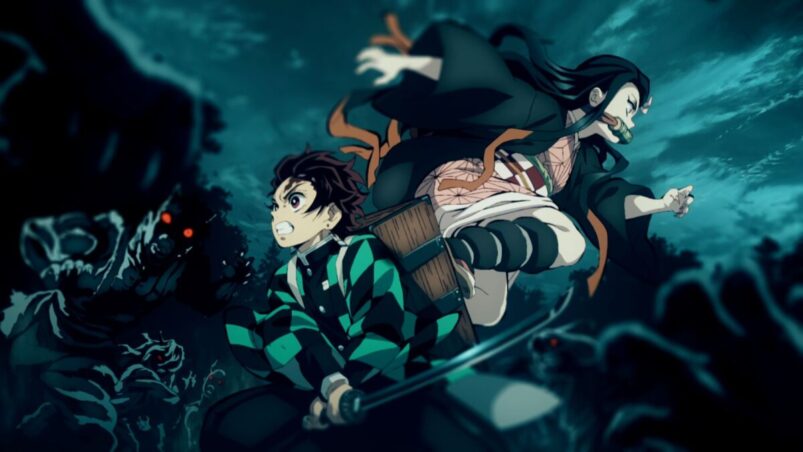 Demon Slayer burst onto the scene in 2019 and set the anime world on fire. With its gorgeous animation, lovable characters, and intense battle sequences, this martial arts-based story ticked all of the boxes for your average shonen fan. Based on the manga of the same name, Demon Slayer is one of the most popular anime series currently airing.

However, if you’ve only heard of the show and are wondering what all the hype is about, fear not. That’s why we’re providing this handy beginner’s guide to Demon Slayer just for you. We’ll tell you what it’s about, where to watch the anime, how to read the original manga, and a whole host of other helpful tidbits for anyone who might be on the fence about giving Demon Slayer a chance.

Demon Slayer follows young Tanjiro, a teenager living in a wooded cabin with his family. When his family is attacked and killed by demons, Tanjiro begins training to become a demon slayer and destroy the foul creatures that took so much from him. To exact his vengeance, though, he’s going to have to go through 12 elite demons along the way.

These demons are broken into the Lower 6 and Upper 6. As their names suggest, the Lower 6 are lesser demons but are still quite formidable. The Upper 6 are the real dangers, though, and all will have to fall before Tanjiro can destroy the demon leader, Muzan. Muzan is responsible for the deaths of Tanjiro’s family and ultimately, his real target in this struggle.

Demon Slayer was created by Koyoharu Gotouge. After his previous series failed to gain traction in Shonen Jump, he was advised by his editor to come up with a story based around more “easy to understand” themes. Beginning with the concept of a swordsman battling demons, Gotouge was then told that the story needed more comic relief and a relatable protagonist. Finally, with these notes, Koyoharu Gotouge had the secret sauce that has helped to make Demon Slayer the success it is.

There are 4 main characters in Demon Slayer. Tanjiro, mentioned above, is a kind, affable protagonist with a keen sense of smell. He uses water dancing martial arts to battle demons with his sister, Nezuko. Nezuko survived the massacre of Tanjiro’s family but became a demon as a result. Demons can’t come out in daylight or they’ll burn up like vampires, so Nezuko only comes out at night. Also, she’s lost the ability to speak since becoming a demon.

Later on in the first season, we meet the other two main characters: Zenitsu and Inosuke. Zenitsu is a scaredy-cat who wants to become a demon slayer to impress girls, but he hides the spirit of a stoic warrior deep inside. He can utilize thunder-based attacks and can be surprisingly effective, despite his fear. Inosuke, on the other hand, is a total hothead living in his own version of reality. He wears a boar’s head and uses beast-style attacks.

Where Can You Watch Demon Slayer?

The great thing about Demon Slayer’s popularity is that it means you can watch it in a few different places. For streaming services, the first season is on Netflix if you want to dip your toe in without getting a specialty service. Unfortunately, that’s all that’s on there, meaning if you get hooked, you’ll have to go for another option anyway.

Lastly, if you want to go the digital purchase route, you can also find it on YouTube, Amazon Prime, and AppleTV+.

Where Can You Watch The Demon Slayer Movie?

If you’re keen to watch Demon Slayer: Mugen Train, you can also find the movie on Crunchyroll and Funimation. The great thing about it is you can choose to watch the movie in its original 2-hour feature format or broken down into episodes for the Demon Slayer show.

While both are fine, if you haven’t seen it yet, your best bet is to watch it in episode form as it’s slotted into the timeline where it belongs storywise. Furthermore, there are a bunch of extra scenes and content added when you watch it in episode form. You can also rent it on almost any digital service you can think of but be warned, don’t watch the movie without watching Season 1 first as it probably won’t make much sense.

Where Can You Read The Demon Slayer Manga?

If you want to order the manga, you can do so through Barnes & Noble, Indigo, Amazon, or a host of other places. However, if you’d rather read it online, you can do so for free. There’s the occasional ad to click through, but all 205 chapters of the manga are collected there to read.

If you’d like to read them ad-free and in a more streamlined format, you can do so through apps like Comixology, Viz Manga, or Shonen Jump. Really, there’s a ton of options, it all comes down to what your preferences are.

What Should I Try After Demon Slayer?

That depends on what you like about the series. If it’s the blending of serious and comedic tones you love, you might be best suited to Kill la Kill or My Hero Academia. However, if what you love is a band of misfits battling evil forces, Berserk or Goblin Slayer might be more your speed. Finally, if what you’re looking for is another fast-paced, critically acclaimed, massively popular anime to watch, Attack on Titan or To Your Eternity are great places to start.

What’s great about popular anime like Demon Slayer is that they bring newbies into the incredible world of Japanese art and animation. There are hundreds of anime series just waiting for you to discover them and a giant library of great manga just waiting to be read, so take a chance on anything that sounds interesting, really. The above recommendations are great jumping off points, though, particularly for newbies who don’t know where to start.

READ NEXT: Where To Start With Vampire: The Masquerade – A Beginner’s Guide To V:TM