Home
Books
Where To Start With Vampire: The Masquerade – A Beginner’s Guide To V:TM
Gaming
·7 min read

Where To Start With Vampire: The Masquerade – A Beginner’s Guide To V:TM 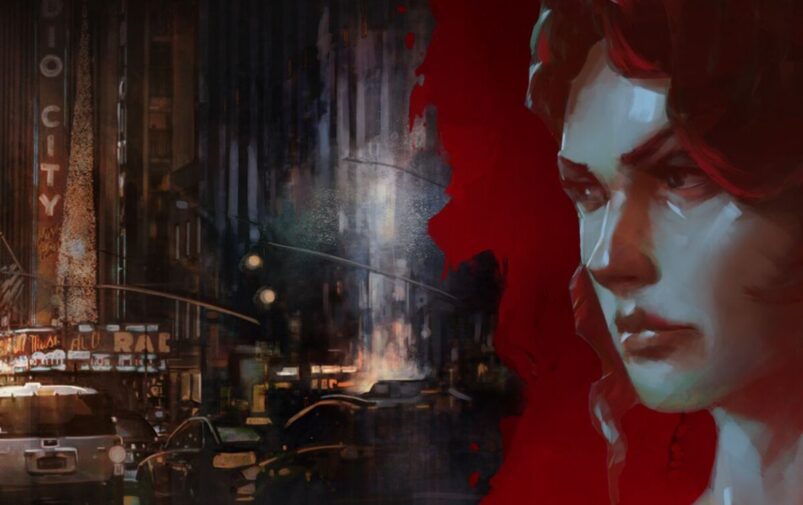 White Wolf let Vampire: The Masquerade (V:TM) loose upon the world in 1991, a tabletop pen and paper goliath about supernatural horror and suspense. Showing its fangs early, the game grew into an empire of RPG books, card games, comics, video games, and more. The stories are set in a cruel gothic landscape known as the World of Darkness (WoD), with undead politics, tense social interactions, manipulation, as well as dangerous foes with long memories, and some with longer reaches.

Vampires aren’t the only things going bump in the night, but they are what we’re concentrating on in this piece. V:TM is quite different from other more traditional games, focusing less on combat and more on the setting and atmosphere, encouraging the players to mind their humanity while playing monsters. They do have their own society, however, with different sects, clans, bloodlines, positions of power, disciplines, and a set of rules that protect them from mortals learning of their existence–the Masquerade.

It’s a lot for someone to sink their teeth into and learn, which can make it tough to figure out where to begin. Maybe the idea of doing a long-running campaign with a tabletop is exciting, just playing the video games alone, or perhaps it’s simply a desire to read up on the lore, their world, and the metaplot.

Whatever the answer is, getting that first taste of Vampire: The Masquerade can be a bit overwhelming, so here are some suggestions on where to start with a beginner’s guide.

A Lust for Knowledge – Vampire: The Masquerade Lore

Vampire: The Masquerade is an RPG about personal horror, an exploration of dark themes and human nature that centers on the monsters that stalk the shadows, feeding on an unsuspecting populace. Elder vampires pull strings unseen, manipulating events over centuries, as their factions wage war across the night.

For some, the tabletop and video games aren’t going to be appealing, but the lore is still of interest. V:TM features a rich metaplot, full of incredible stories, many of which cross over and create engaging conflict. This establishes living cities, an extensive and populated world, and a wealth of creative details about the history of this underground society. It’s still worth diving into, even if there’s no desire to play the games, but with so many years and tons of sourcebooks, knowing where to begin can be tough.

The bulk of what makes up the narrative is found in the V:TM 3rd ed. books, spread across a large number of supplements, as the different clans and groups have their own stories to tell. Once we get to the Week of Nightmares in the timeline, however, most of what happens after can be ignored, depending on whether the reader wants to acknowledge V5 or not. That installment erases some things from the past and reverts several plot points that occurred after the previously mentioned event, pushing Gehenna back again and updating the meta to match this new setting, especially when it comes to the position of the clans, Sabbat, and Anarchs. There’s a lot to consume and some things aren’t clearly spelled out while others are quietly left by the wayside.

The key is to realize the wealth of content that’s available and not to get overwhelmed. Start with the basics, learning about the various sects, clans, and the fundamentals of a vampire’s nightly life, as they feed, struggle with their humanity, and deal with Kindred society. The community has stepped up in the past few years with trying to help new players, offering a few guides, several introductory videos, and there are now several different campaigns of V:TM games that can be watched online. For many, spreading out and covering the basic knowledge first is helpful, but focusing on what is important per a specific interest can be more rewarding, but never stress over trying to learn everything about the WoD, as much of it comes with experience and time.

This may be the hardest barrier to break when diving into V:TM, as these books have been around in some form or another since 1991 and have had years of building and reconstructing under their belt. There’s a lot of questions left up in the air about what is still canon, which rulesets are best, and what can be safely ignored and left in the past.

The newest incarnation of this property is Vampire: The Masquerade 5th Edition (V5) as it’s streamlined, cut down in strategic places, and has a refined focus that new players may appreciate. However, it’s also lacking in some of the foundations the others built upon, leaving it a bit hollow for some veteran players. The core book can seem daunting and be a bit painful to get through, but its presentation is solid and this edition has refined the experience by fleshing out characters, the world, and tone for new adventures.

The advantage to something like Vampire: The Masquerade’s 3rd Edition is it’s easier to find more people who know those rules and are familiar with that specific metaplot. The books for this version are still easy to acquire, especially for those who don’t mind PDFs, and all of the various handbooks and supplement guides are already printed and full of information. The meta-story is a bit scattered, but it’s complete and has a lot to offer for those who want to stick close to the canon or pick and choose what they like.

Feel free to skip Vampire: The Requiem. It isn’t a bad system, but many of the new rules and mechanics felt like a step back or in the wrong direction. The new social structures and groups didn’t grab people the same, but it was its own alternate version of the game, so some credit is owed for trying new things.

Several of the fans gravitated toward the 20th Anniversary Edition (V20), which featured much of the content from the 3rd edition, but with updated rules, re-tooled mechanics, and a ton of content crammed into fewer books. This one can be a bit harder to get a hold of, but it’s still probably the next best option, even if a couple of the changes don’t seem to mesh well. There’s also a Dark Ages version of V20 for those who don’t want to play in modern times and the mess of how vampires handle new technology.

Whether it’s V:TM 3rd ed., V20, or maybe even V5, the key is to find the one the players like. As this is, unfortunately, a hobby that will require you to find other like-minded people to game with, the most important question may be: what version of V:TM is the group playing? Also, there’s nothing in the rules that says the players can’t agree to take rules from other systems or just change them outright to make the best experience possible.

There are also LARPs (Live Action Role-Play groups) that use a simplified version of these systems, but many change aspects or rulings to fit their chronicles as needed.

Video games about the WoD and its many denizens may be a more valid option for those who don’t get along well with other humans, but sometimes it’s also just fun to have that personal adventure. These types of Vampire: The Masquerade games can be replayed over and over again as a different character, choosing other options, or deciding to go the stealth route for once instead of just murdering anything that moves.

The video games that are easiest to recommend don’t offer too much in the way of combat, as most of them are visual novels. Vampire: The Masquerade – Coteries of New York and Shadows of New York (the expansion) are some of the most new-player-friendly experiences out there, they’re available on modern platforms, unlike some of the classic games, and are perfect for non-gamers as well. This is because those adventures into the night are way more story-driven and based on the decisions players make, which gives them plenty of room to maneuver and enough rope to hang themselves if poor choices are made. There aren’t quite as many decisions to make with the characters and a few more mechanics might have helped make the games more entertaining, but that could have also bogged the narrative down. For those who value the story and atmosphere overall, these are strong options.

The best overall choice may be predictable, but there’s a reason people can’t stop talking about it. Vampire: The Masquerade – Bloodlines offers a choice in clans, lets the players fill out their own stats, offers mechanics for making decisions, as well as atmosphere and some quality story elements, which gives the game plenty of replay value. It also has a decent enough combat system that makes tackling the missions enjoyable, once it’s figured out. The only problems can be that the game itself is finally beginning to show its age, often requires a patch to work, and some of the mods can be troublesome or incomplete.

There are those who will scream to the heavens about Vampire: The Masquerade – Redemption, but it is hard to recommend for any new players. The game is hard to get into at first, a bit challenging, and requires a little research, but it does provide more of the clicking and Diablo-style gameplay for those who want more of that.

No matter if someone takes in a specific type of V:TM entertainment or devours every bit of the IP they can – like the various novelizations and even that television show we won’t mention here – the franchise is set up in many ways to allow newcomers to be picky, giving them an array of options, but never forcing one particular thing. The franchise is still going strong, adding new games, books, and other bits to its legacy, and the night continues to offer more for those, new and old, who wish to embrace it.

READ MORE: The Best Vampire Games To Sink Your Teeth Into