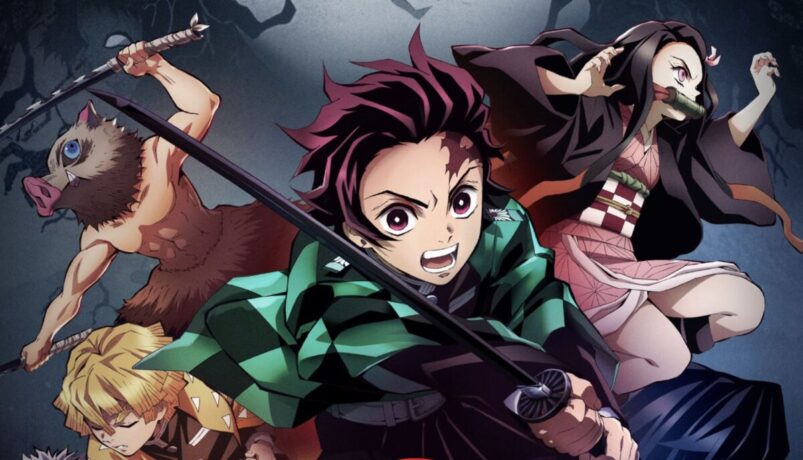 Demon Slayer: Kimetsu no Yaiba is one of those anime that has quickly become a fan favorite. It’s based on a manga of the same name, which was completely wrapped up back in 2020. However, the show itself is basically just getting started.

Demon Slayer is set in early 1900s Japan and contains a mix of semi-modern Tokyo and demons, magic swords, and mountain castles. Viewers can follow Tanjiro as he attempts to save his sister instead of accepting her fate as a demon.

Unfortunately for fans of the anime, while Season 3 is confirmed, it’s a bit of a way off still. Luckily, there’s no shortage of thrilling anime like Demon Slayer that’s worth watching while you wait between seasons.

Inuyasha is an iconic anime that first premiered in 1996 and still remains a fan favorite to this day. In fact, it could’ve possibly been an inspiration for the creator of Demon Slayer, as Inuyasha is also about slaying demons.

This is definitely one of the most similar anime to Demon Slayer when considering the show’s style. Inuyasha has a fantasy setting in Japan, magic weapons that include swords, stunning outfits, magnificent scenery, and savage demons of all shapes and sizes.

Inuyasha takes place in both the present and the past, during the Golden Age of Japan. A 15-year-old girl named Kagome falls into a well which sends her back to the Sengoku Period. There, she meets a half-dog demon named Inuyasha, and together, begrudgingly, they roam through feudal Japan on a daring quest to destroy the dastardly Naraku.

If you’re looking for another anime that’s full of demons, intense action, stellar characters, and thrilling stories, then Inuyasha is the perfect anime like Demon Slayer to fill the void with. After all, it’s an absolute classic anime that’s worth the watch.

Another anime that’s simply iconic is Bleach, which ran from 2004 to 2012. If Inuyasha was the “parent anime” of Demon Slayer, then Bleach would be Demon Slayer’s anime cousin.

Both anime feature a boy whose family is threatened by monsters, which pushes them both to vow to fight evil and take up arms against evil forces. The protagonist in Bleach is Ichigo, a boy who comes to possess Shinigami powers, making him a Soul Reaper, which is basically a samurai monster hunter. Each of the Soul Reapers has a sword that can turn into either alternate weapons or powers, such as an assassination blade or swarms of deadly cherry blossoms.

Bleach has some of the best anime battles around. The show also has a seemingly endless amount of content, with 366 episodes in total. If you want something to get completely immersed in until season 3 of Demon Slayer is released, give Bleach a try.

If you’re looking for another great anime about aspiring demon hunters, or in this case, Shibusen, Soul Eater is a fantastic option. This show from 2008 has a very spooky Halloween-like aesthetic that gives off Tim Burton-esque vibes.

The students at the Death Weapon Meister Academy are each partnered with an anthropomorphic weapon, which can change from a humanoid to a weapon whenever it pleases. These Demon Weapons are created after consuming the souls of 99 evil beings and the single soul of a witch.

The protagonist is Maka, a focused scythe-wielder, and she’s partnered with Soul Eater Evans, who is a Demon Scythe who only cares about being cool. Together, they go on missions to collect souls and protect the city from dangerous threats. This exciting anime is a great choice while waiting for more Demon Slayer.

This is one of those anime that you may never have seen but you’ve almost certainly heard of. Fullmetal Alchemist: Brotherhood is an absolute powerhouse in the world of Shonen anime. It’s actually a reboot of the original Fullmetal Alchemist and is more faithful to the manga of the same name, on which both anime are based.

The two main characters, brothers named Edward and Alphonse, are searching for the Philosopher’s Stone in order to mend their bodies after a ritual gone wrong. Fullmetal Alchemist: Brotherhood contains a ton of adventure, well-written characters, rousing action scenes, and, best of all, science and philosophy.

The brothers meet many different obstacles along their journey, including rather horrifying homunculi. All 64 episodes of the show will have viewers on the edge of their seats as dark conspiracies come to light and the fate of the world is threatened.

To stay on the theme of hunting demons, let’s talk about Blue Exorcist, which was first released in 2011. If you want an anime that feels like someone mashed together Demon Slayer and Harry Potter, this is it.

Both Blue Exorcist and Demon Slayer focus on heroes who swear to fight demons after experiencing tragedy in their lives. Best of all, this anime is packed full of action, just like Demon Slayer, so you won’t miss out on the riveting battle scenes.

Blue Exorcist is full of references to Christian mythology, with the main theme throughout the series being a war between Satan and the Vatican. In the anime, a secret academy trains people to exorcise demons.

The protagonist, Rin Okumura, is the son of the devil. He wants to prove his worth, slay demons, and defeat his father. Blue Exorcist will certainly entertain fans looking for anime like Demon Slayer while they wait for more.

D.Gray-Man is an anime that ran from 2006 to 2008, and the manga it’s based on is still going. The anime is set in Gothic Europe during the 19th century.

The main bad guy, Millennium Earl, is an evil demon that threatens all of humanity. The show’s protagonist, Allen Walker, uses a magic known as Innocence and his cursed eye to destroy Akuma, which are mechanical weapons that are filled with the souls of the dead.

Similar to Tanjiro of Demon Slayer, Allen vows to fight the Akuma and protect the innocent, all while destroying the forces of evil. Allen and the other Exorcists are the only things standing between Millennium Earl and the rest of humanity. Fans of Demon Slayer can follow Allen’s path as he trains, joins the Black Order, and attempts to halt the destruction of the entire world.

Dororo is another anime that’s set in Japan during the Sengoku period. This anime that was released in 2019 will satisfy any Demon Slayer fan looking for an action anime that’svery ronin-like.

Both Dororo and Demon Slayer are centered around a world that’s swarming with demons and main characters that have sworn to fight them, leading to some pretty intense battle scenes. Dororo’s protagonist, Hyakkimaru, is a young ronin who was born missing several body parts, which were given to demons by his terrible father. After being disposed of as a baby, he is taken care of by a medicine man and sets off on a path of vengeance.

Hyakkimaru goes on to fight the demons and claim back his body parts, eventually befriending Dororo, a sweet orphan child. If you’re looking for an anime similar to Demon Slayer that’s a wonderful mix of old Japanese folktales and realism, Dororo is the show to watch.

Similar to Demon Slayer, Golden Kamuy is an anime with strong historical themes. The show is set after the Russo-Japanese war in the early 1900s. Its protagonist, Saichi, is on a hunt to find fortune as he endlessly pans for gold to keep a promise made to his best friend.

Saichi needs to pull together a map leading to an immense golden treasure. However, the pieces of the map have been tattooed onto the backs of other men. Together with an unlikely partner, young Asirpa, Saichi vows to do what he must in order to find the treasure and keep his promise.

Golden Kamuy is filled with action and absolutely ridiculous fights. However, beyond the crazy battle scenes, the anime also has delicious food and helpful survival tips. If the historical theme of Demon Slayer was your thing, definitely watch Golden Kamuy.

The 2019 anime Fire Force takes place after an apocalypse-level fire known as the Great Cataclysm, which destroyed everything around 250 years before the show takes place. Although there’s a lack of swords in Fire Force, the anime’s Demon Slayer similarity lies in its monster hunter theme.

In Fire Force, fire soldiers and priests must band together to fight the Infernals, which are fire demons that people will spontaneously combust into. The Special Fire Force’s main goal is to extinguish the Infernals and send their souls to heaven.

As if the fire demons weren’t bad enough, there’s a cult of evil-doers in white robes who wish to bring about the second coming of the Great Cataclysm. If you like pyrotechnics and action, Fire Force is the anime like Demon Slayer for you.

We would be absolutely remiss if we didn’t include this incredibly famous anime giant. Dragon Ball premiered all the way back in 1986 and has various successful series, including Dragon Ball Z, Dragon Ball GT, and Dragon Ball Super. This show and its entire franchise are the legitimate epitome of Shonen anime.

If you’ve never actually seen DBZ, there’s absolutely no doubt you’ve heard of this action-filled anime. The Dragon Ball quest first begins with Son Goku and Bulma as they set off on a journey to collect all of the Dragon Balls in order to get a wish granted by Shenron, who is, of course, a dragon.

The franchise is loaded with Super Saiyan heroes, including Goku, Gohan, and even Vegeta later on. These heroes battle alien monsters, such as Frieza, Cell, and Piccolo. Dragon Ball is completely packed full of epic clashes between literal titans, crazy storylines, and villains who become heroes and friends.

READ NEXT: 8 Anime Like Attack On Titan You Should Watch