No Microtransactions Shouldn’t Be A Selling Point

Thanks for being normal? Or at least what normal used to be? 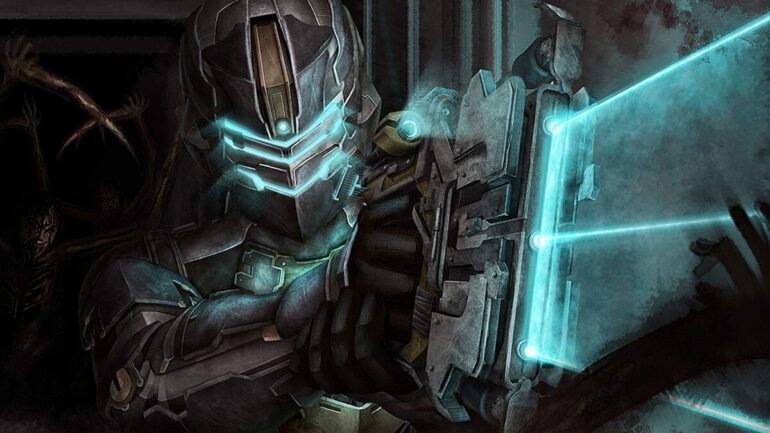 I feel like I’m going nuts, or at the very least rapidly ageing so much that I turn more and more into the “old man yells at cloud” meme with every passing day. The fight against microtransactions and excessive monetisation in video games looks like it’s been lost and nobody seems to care. Nobody cares that games are releasing as piecemeal instead of complete, that there are ninety different versions of games with spreadsheets to explain how the Gold Ultimate Edition* is different from the Limited Deluxe, or that cosmetic microtransactions are a-OK in games when they just used to be unlockables anyway.

I guess we all just got tired of fighting the endless barrage of bollocks — how many different fires can you put out before you run out of water? Loot boxes were so emphatically terrible and despicable that they made every other money-grubbing initiative look less bad, almost agreeable in comparison, and now it’s all just normal. “At least it isn’t loot boxes,” we say, eating the meagre slices of the AAA pie that come with the entry price. The fork’s $10, plate $20. Give us $35 and you might get some cream to go with it in six months.

This industry is going to trundle on like The Blob, engorging everything and bloating until it eventually, belatedly implodes. It is what it is, and it’s just the way things are now, even if it does make you look back with rose-tinted spectacles at what we used to have. Everyone becomes a “back in my day” person at some point in their lives, though. Who knows, twenty years from now players might complain that they have to buy ten minutes of game streaming privileges for the same price that used to get them an hour.

While games with more expensive editions that give early access and like five different currencies might always perturb me, there’s one thing about modern gaming that gets my goose even more: trying to market games without microtransactions as if it’s a big selling point. Congratulations: the game you bought comes complete and you only have to buy it once with nothing else to buy within the game itself. What a thrill, how lucky you are. Look how well we treat you.

This came into focus recently with the news that the Dead Space remake wouldn’t have any microtransactions. This is a remake of a 10+ year old game that didn’t have any microtransactions to begin with, yet players needed assuring that this updated version wouldn’t add them. Is it not just the saddest indictment of the current gaming industry that this is something to address? That there was even a question of a remake of a single-player game incorporating in-game purchases tells you all you need to know about how much things have changed in the last decade.

It doesn’t help, of course, that the Dead Space remake is being published by EA, who instructed Visceral to shoehorn microtransactions into Dead Space 3 and then when it didn’t review or sell that well, made Visceral develop Battlefield Hardline as punishment. After a few projects fell through, EA eventually ended up shuttering Visceral, leaving a slightly yucky taste in the mouth when it comes to this remake. Let’s ignore the fact that Visceral wanted to make Dead Space 4, but were pretty much denied the chance after being given the Hardline horcrux.

Another EA game (it sure seems like EA have some kind of complex about the very thing they enabled, huh) also made a big deal about it having no additional in-game purchases. “No microtransactions. No loot boxes. And no, we won’t be adding them,” tweeted out the official EA Star Wars Twitter account in the lead up to Star Wars Jedi: Fallen Order‘s release, fully ready to embrace the praise for not putting a stick in their own bicycle wheel. Congratulations on breaking type, I guess, but this is nothing to thank them for, neither should it ever feel like the rarity that it sadly so often is in the AAA space these days.

I’m also reminded of Shadow of War, the sacrificial lamb for single-player microtransactions that, if anything, only softened people up to the same thing in Assassin’s Creed, despite the massive backlash. Long past the point when it wouldn’t have ruined most people’s enjoyment of the Shadow Wars endgame, WB Games and Monolith (though it was really up to the former) removed microtransactions from the game without balance changes to compensate for the intense grind that facilitated the microtransactions to begin with.

It’s not a surprise to see so many people react to the news of no microtransactions in a new game as a major positive or even a selling point, though. We’ve seen so many microtransactions and other money-making schemes over the last decade that we’ve been conditioned to expect them in most AAA games, so much so that seeing a big game without some scheme attached to it is like seeing a leprechaun riding Nessie in the Bermuda Triangle. It’s partly why I’ve gravitated more towards games like The Pathless and Chicory this year, because it’s just nice to play games that are games, not services or second jobs. It all just makes me very sad, and very, very tired, but I’m never going to thank any developer or publisher for bucking the trend, even less so when they set the trends to begin with.

READ NEXT: 10 Polarising Games That Managed To Turn It Around

*If I see one more Ultimate Edition of something that doesn’t have everything included, I am going to scream.