The Pathless (PS4) REVIEW – Can You Pet The Bird?

An elegant and stylish thesis on the joy of exploration. 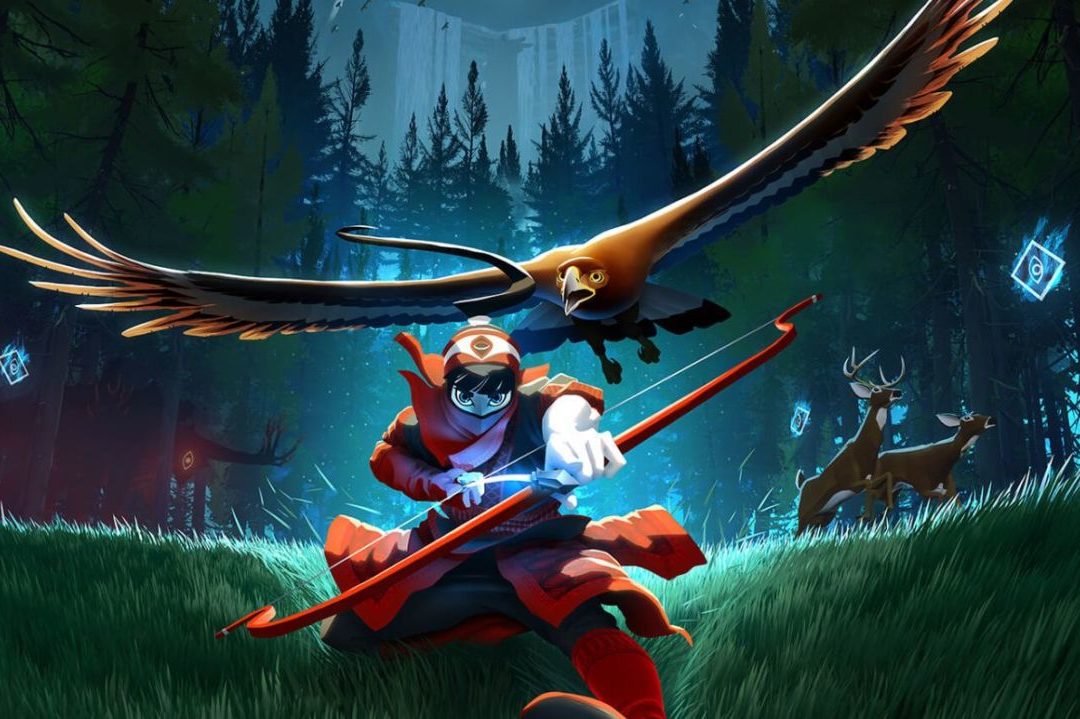 The Pathless
Home
Gaming
Game Reviews
The Pathless (PS4) REVIEW – Can You Pet The Bird? 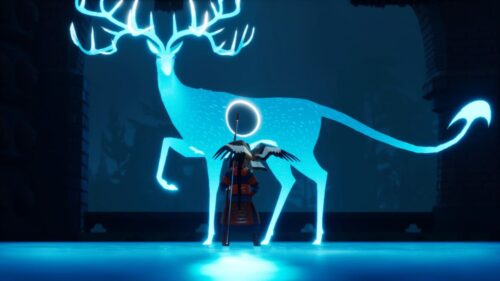 The end of the year is always a busy time for video games, and with the next gen consoles rolling out, this year is no exception. But among all the new Spider-Men and Assassin Vikings, Giant Squid’s The Pathless has dominated my gaming time and my thoughts. This is a beautiful game, full of stunning visuals and polished style, that’s an absolute blast to play.

In The Pathless, you control a nameless Hunter who must purge a terrible darkness from her island and stop an evil entity called The Godslayer. You navigate various areas of a sprawling open map, primarily on foot. Scattered liberally across the island are floating icons that, when shot by your bow and arrow, fill up a dash meter for you to move faster, and give you an added burst of speed if you shoot them while running.

Thankfully, firing at targets while sprinting at top speed isn’t nearly as difficult as it sounds. The Hunter will lock on to the closest icon when you hold down the trigger, so you simply need to release the button when a small progress bar fills. The flow of gameplay sometimes feels like a rhythm game rather than an action game — you cruise through dense forests, finding the exact beat of hold-then-release to keep your speed constant.

Your other means of traversing the game’s world is your only companion: an eagle. Your feathered partner can carry you across gaps and help you ascend high cliffs and platforms, or carry objects to solve environmental puzzles. Most importantly, you can pet the eagle with the press of a button. You actually have to at certain points in the game, such as when you have to wipe the ashes off your eagle pal after getting swept up in burning storms of corruption. Considering how the game is full of ruins and signs of lives that have passed, this link with your eagle is a welcome source of warmth and connection.

Narratively, The Pathless isn’t looking to break any new ground — its story of a cursed land and a wicked evil that must be cleansed is familiar, but well-told. There is also a great amount of nuance to be found here through the messages and bodies scattered across the landscape. Frequently you’ll find messages of people’s last words, and these messages paint a harrowing picture of life near an impending tragedy, powerless to stop it, left only to speak on what scant hope they have left. It’s economical show-don’t-tell storytelling that makes the Hunter’s quest feel all the more important.

For the majority of the game, The Pathless, true to its name, lets you set your own pace. Though there are separate areas built around an encounter with one specific guardian to eventually defeat, the game is open for you to explore. You make progress by solving environmental puzzles to light towers that will dispel the evil darkness and allow you to move to the next plateau. There is no set order for these puzzles, and you’re meant to stumble onto them in your own time. You do have a special visor you can look through to see the general direction of puzzles and towers, but there’s no mini-map to orient you. It’s just you and the elements.

During the climactic showdowns, when the game repurposes its run-and-shoot flow for combat, your Hunter never has to worry about health or dying and respawning. Getting hit sends you backward a bit and impedes your progress, but only momentarily. In doing so, playing The Pathless becomes a single unbroken quest, as opposed to the usual action game loop. The Hunter’s, and your, work isn’t done until it’s actually done.

This lack of linear structure or overt objectives really gives The Pathless an atmosphere of mystery. Your curiosity is your guiding principle, in a fundamentally freeing way that I haven’t experienced in a video game since Breath of the Wild. See something over that hill? Go check it out, unless you get distracted by something else on your way. Your non-dashing walk speed is purposefully slow, meaning that when you’re not sprinting like Sonic the Hedgehog, you’re taking measured, careful steps and able to drink in the details of your environment.

The details of the environment are worth the attention. The Pathless’ art style is stark and clean, full of soothing greens and blues, which makes the oppressive red of the burning evil in enemy encounters pop all the more viscerally. The way the land bends and blurs when you sprint is mesmerizing — something all my attempts at taking screenshots while sprinting proved impossible to capture in a still image.

The visual splendor is matched by an amazing soundtrack that is typically sparse and atmospheric, swelling into explosive full band numbers in moments of action. The music also feels like an exploration — you stumble onto unique tracks just like you stumble onto a mammoth skull or a crumbled castle in the environment.

Every aspect of The Pathless has been polished to a fine edge, from the catharsis of sprinting through the woods to the kinetic thrill you get from hitting every target mid-run. Your adventure with your eagle friend is full of subtle emotional depth, and its world building is an incredible example of telling a straightforward story in a confident, complex way. There’s a lot of hubbub going around about a lot of games right now, but The Pathless is absolutely deserving of your time and attention.

And, to reiterate, you can pet the Eagle. 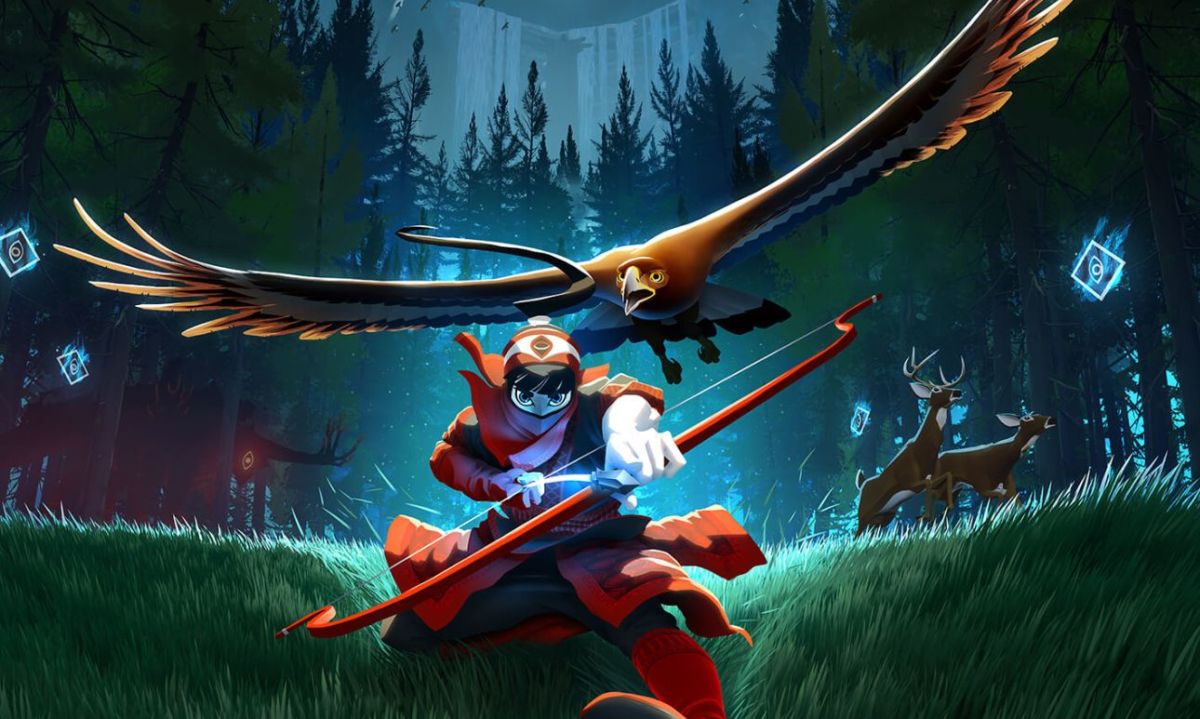 Verdict
The Pathless is a fantastic game full of rewarding exploration and moment-to-moment gameplay that gets right at the heart of what makes open world games fun.
9
Cultured Vultures is a pop culture website established in 2013 covering all things gaming, movies, and more. We eat your words.
All The News On The Biggest Games