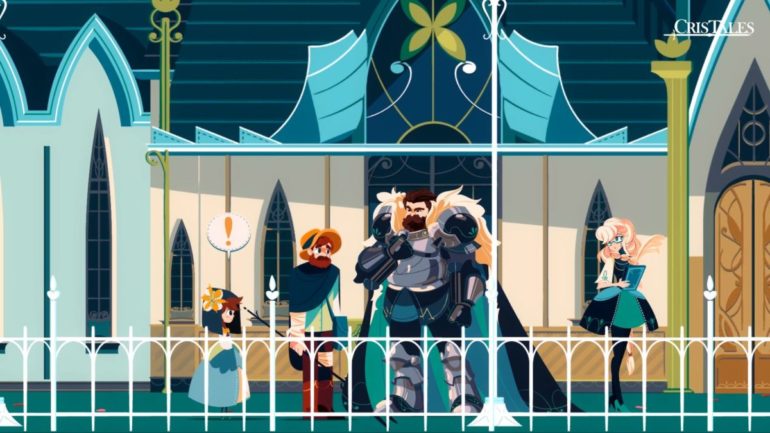 Publishers Modus Games have revealed some new information about Cris Tales, the beautiful looking turn-based RPG that was revealed during the PC Gaming Show at E3 2019. Developed the Colombian developers at Dreams Uncorporated and SYCK, Cris Tales is set to launch next year on PS4, Xbox One, PC and the Nintendo Switch.

Today’s blog post about the game goes into detail about one of the areas in the game, Saint Clarity. The town is split into two sections, with the poor, lower class relegated to the outer city while the rich elite enjoy the easy life in the inner city.

The blog post goes into detail about how Saint Clarity is based on coastal cities in Colombia like Cartagena, stating that: “The characters reflect much of the vibrant colors and unique architecture found in the country, as well as some of the inequality found all over the world in many locations that rely heavily on tourism for their economies.”

Cris Tales utilises a time-travelling feature that allows players to see the past, present and future simultaneously, with the decisions you make affecting the world around you. With a turn-based combat system to boot, Cris Tales could be the indie hit of 2020. Fortunately, if this sounds like your jam, you can play the demo right now on Steam and GOG. Are you excited for Cris Tales? Sound off in the comments below.