There's a lot of death this month. 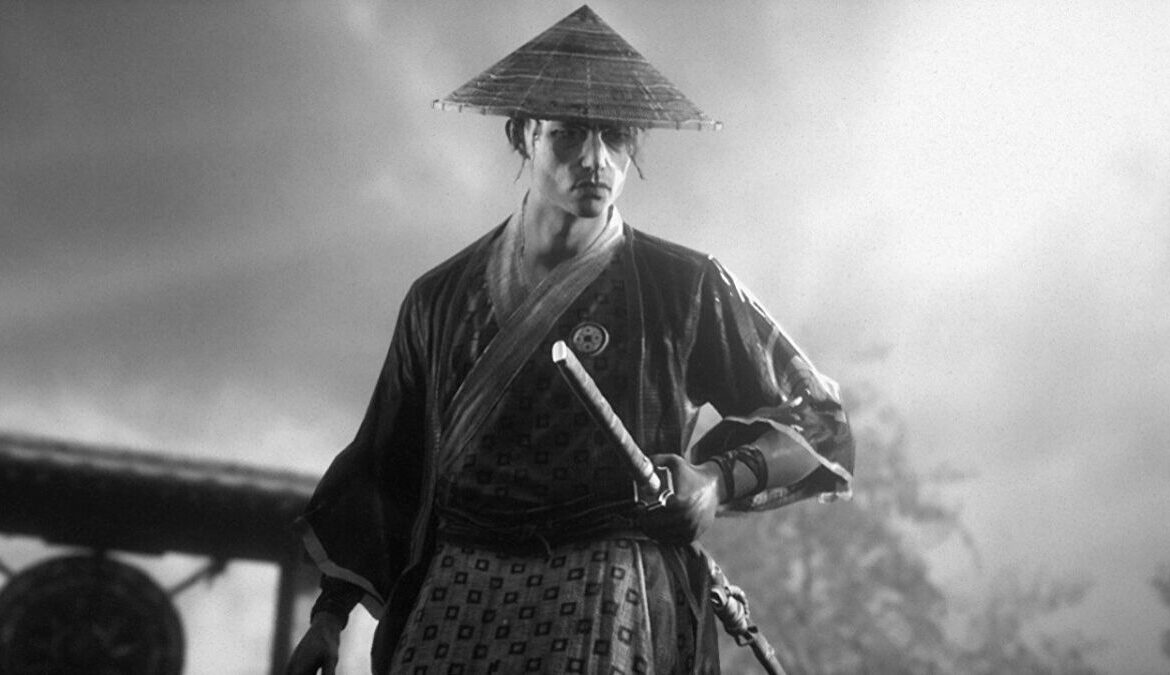 From side-scrolling adventures, either with a fantasy or samurai twist, a few co-op games, another chance to shoot Hitler in the penis and another instalment in a popular Vampire RPG series, there’s a varied selection to choose from with the upcoming month’s release schedule, so here’s all the biggest new games of May 2022 across PC, PS4, PS5, Xbox One, Xbox Series X & S, and Switch that you should be keeping an eye out for.

Samurai culture and mythology is always one of the most interesting and alluring realms to explore when creating fiction, so it’s no surprise that there’ve been plenty of games set during the feudal Japan period. Trek To Yomi might be one of the more comprehensive attempts though, attempting to tell a tale of samurai honour and revenge while weaving the Shinto mythology of the land of the dead, known as Yomi.

In Trek To Yomi, you play as Hiroki, a young samurai bound to protect his village by his dying master. Unfortunately, tragedy strikes and Hiroki is sent on a quest through life and death itself in order to make good on his failed promise. Trek To Yomi blends 3D and 2D gameplay in a truly unique way, as players explore villages, forests and more in 3D from a fixed camera, but the combat is strictly 2D. Each sword hit is capable of ending your life quickly, making Trek To Yomi perhaps the tensest game launching in May.

One of the biggest hits for PlayStation and PC players of recent years would have to be Salt and Sanctuary, so it’s really no surprise that there’s a sequel, Salt and Sacrifice. If exploring a ruined, 2D world with powerful weapons and even more powerful enemies sounds like a great time to you, Salt and Sacrifice should be right up your alley, as there’s a large world filled with monsters, traps and secrets just begging to be explored.

A once peaceful kingdom is now besieged by corrupted Mages, who seek to spread evil throughout the land. As a condemned Marked Inquisitor, it’s your job to take up the mantle and hunt the Mages down for yourself, crafting weapons and armour from the Mages you’ve slain. With support for both full drop-in, drop-out co-op support, and even PvP multiplayer via different factions, Salt and Sacrifice could be one of the most versatile and enjoyable RPGs of the year.

Eiyuden Chronicle might not be a household name in the gaming landscape, but there’s plenty of reason to suggest that Rising could be a real hit, and that’s not just because there’s a character in it called Karoo, who’s literally just a Kangaroo with a big sword. That’s awesome, and I’m looking forward to playing Eiyuden Chronicle: Rising through Xbox Game Pass just for that reason alone.

A prequel to the already released Eiyuden Chronicle: Hundred Heroes, Rising sees a cast of treasure seeking characters drawn to Runebarrows, a town struggling to get back on its feet after a devastating earthquake. Our heroes decide to help the town out, solve disputes and learn about their reasons for coming to Runebarrows, but an ancient buried secret could spell disaster for the entire world.

Co-op fans will likely already be aware of the We Were Here series, a collection of co-op games that see players solving puzzles that require walkie-talkies in order to solve. Communication is often key when it comes to completing any We Were Here game, and after the success of the first three games, We Were Here Forever has the potential to be the best the series has ever seen.

We Were Here Forever sees two players trapped in Castle Rock, looking for any escape they can find, but dark forces work in the shadows to manipulate events and keep you and your partner prisoner. In order to survive and escape, you’ll have to make choices and solve puzzles, uncovering the history of Castle Rock in the process. Will you survive, or will your partner drag you down in the process? Only time will tell.

Given how off the wall the franchise can be at any given moment, it’s no surprise that there have been a healthy dose of Evil Dead games over the years, but Evil Dead: The Game could be the biggest one yet. If nothing else, it’ll probably have more cultural impact than Evil Dead: Regeneration, but that’s another story. If you want another chance to chainsaw some Deadites like a badass, this is the game you want this May.

Developed by the same company who created the shockingly decent World War Z game, Evil Dead: The Game follows a somewhat similar premise, as a team of up to four players try to survive against an onslaught of the undead. With multiple weapons and skills to play around with, there’s already a lot on offer with Evil Dead: The Game, but the PvP mode that lets players control the Deadites themselves is the icing on the cake.

It feels like there’s been like five Vampire: The Masquerade games that have been released ever since Bloodlines 2 was announced, and we’re still waiting for that one. In the meantime though, Swansong promises to be an engaging journey through the vampire underworld. It might not be the big game that players are waiting for, but it should satiate your bloodlust in the meantime.

Players control three different characters throughout the course of the game, as they each try to investigate certain events and conspiracies with the Boston vampire community that could threaten the lives of all bloodsuckers. As an RPG, you’ll be able to upgrade the different characters’ abilities as you see fit, but be careful on how you use them. The Masquerade is the one thing stopping humans from knowing about vampires, and breaking it has plenty of consequences.

One of the genuine kings of stealth action gameplay, the Sniper Elite series has felt like it’s gone from strength to strength over the past decade. Sniper Elite 4 was the highest watermark of the series so far, but Sniper Elite 5 promises to be even better, and that’s not just because the kill cam has been upgraded to show even more gory detail with every kill. Okay, there’s an element of that, sure, but it’s not the only reason.

Sniper Elite 5 takes the series to France during 1944, with resident hero Karl Fairburne on hand to put a stop to a Nazi plan known only as Operation Kraken. However, Sniper Elite 5 introduces a new wrinkle into the formula, as the game supports PvP invasions during the campaign alongside drop-in, drop-out co-op. If you feel like giving someone a heart attack, you can invade their game as an Axis sniper and take out Karl before he completes the level.

A compilation of previously released games is hardly a new game, sure, but for a gaming mascot as legendary and recognisable as Pac-Man, we can let it slide. A sequel to 2014’s Pac-Man Museum, the upcoming + edition will include all the content previously included in the original version, along with new games, missions and a customisable virtual arcade to create the ultimate Pac-Man experience.

The full line-up includes 14 games that spread from the yellow pellet-eater’s first debut back in 1980 all the way to 2016’s Pac-Man 256. The original gameplay for Pac-Man is as timeless as it ever was, though to be able to chart the franchise’s progression from the first game to titles like the outstanding Championship Edition is always nice. However, Pac-Man Museum + doesn’t include the Pac-Man World trilogy, or Pac-Man World Rally, and that’s a big party foul.

READ NEXT: The Best PS5 FPS Games That Are Worth A Shot