Ranking the Evil Dead Games From Worst To Best

Some groovy, some not so groovy. 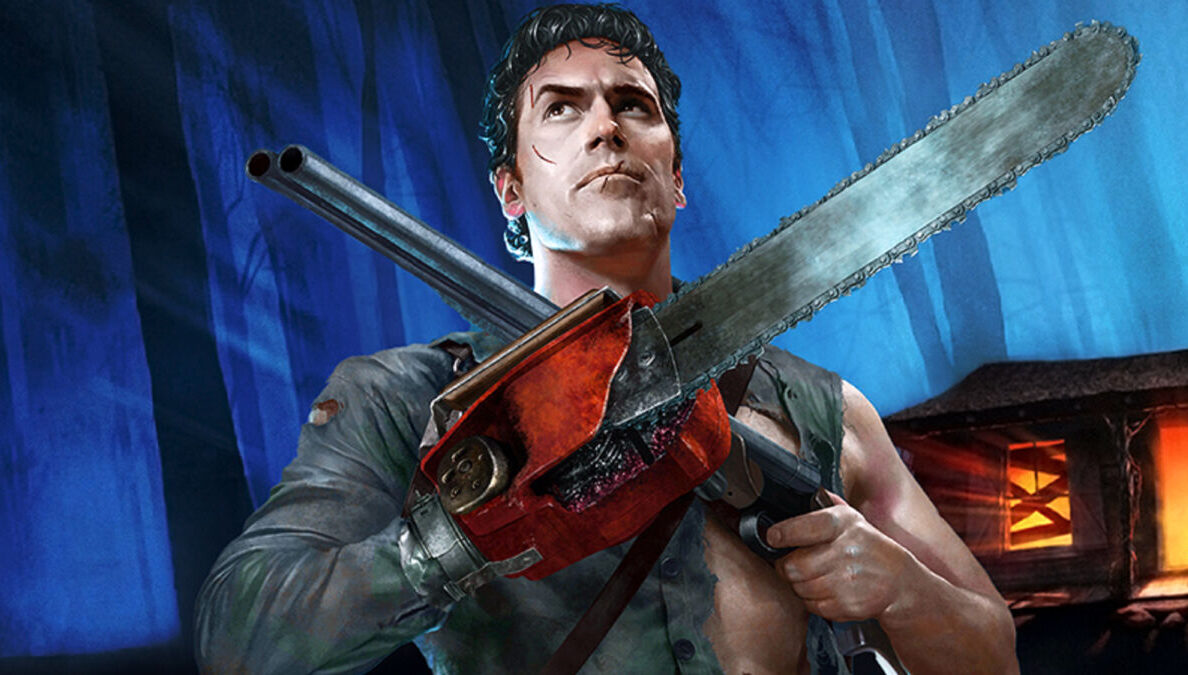 For as transformative and inspirational as Sam Raimi’s Evil Dead franchise has been for horror over the last four decades, it’s almost odd that ranking the Evil Dead games takes half as much time as you’d expect. Despite the movies being horror classics with a beloved television series only adding to its dedicated fandom, what few Evil Dead games we’ve had have been less than groovy overall.

While schlocky fun, Evil Dead’s video game counterparts have rarely ever gone past being mediocre, if not just plain disappointing. They’re certainly authentic to the franchise itself, with Bruce Campbell always being game to ham it up as Ash Williams as only he can, but as fully fleshed out adaptations of the de facto gonzo horror series, the Evil Dead games have quite the skewed battering average in terms of genuine quality.

Despite that, though, they’re almost all disposable fun. With a new asymmetric multiplayer horror game due for release in 2022, it’s time to rank the Evil Dead games from worst to best. NOTE: we’re only including one of the Evil Dead mobile games, as all of them are now unavailable.

While it allows you to venture around some areas of the iconic cabin, a complete lack of depth teamed with inherent repetition and a surface level appreciation for the IP means this is a VR adaptation to forget.

5. Evil Dead: Hail To The King

The first in the THQ trilogy, Evil Dead: Hail to The King is the biggest missed opportunity out of all of the Evil Dead games, as it’s basically Resident Evil Dead, with Ash once again returning to that famous cabin in the woods. Hard to mess that up, right? Well, Hail to the King sadly did.

While Hail to the King has plenty of hallmarks of classic survival horror, it only feels like it’s doing a half-baked impression of them. Unintuitive controls, some very ropey combat, and a really poor camera (even for the time) sink any of the good things that Hail to the King attempts, with the oddly sparse score and ambiance making things feel strangely empty and cheap, and not in the charming way either.

It’s not all bad, though. Hail to the King certainly nails the look and feel of Evil Dead, and there’s even a dedicated button for Ash zingers. Shame it didn’t all come together into something truly amazing.

Probably the most forgotten Evil Dead game, Army of Darkness: Defense released at a time when every single IP wasn’t getting about fifty different mobile adaptations a week and was actually more than just a quick cash grab (though it definitely still tried to grab your cash).

As the name suggests, Army of Darkness Defense was a tower defense game that revolved around the climactic siege in the third Evil Dead movie, with Ash having to defend a castle from an army of deadites. A strategy-lite experience where you get to command your forces, players had to repel 50 waves of enemies with Ash’s Boomstick in tactical side-scrolling combat that definitely didn’t win any awards, but was still mindless fun.

We’re using the past tense here because Army of Darkness Defense was unfortunately lost in the expanses of the mobile gaming graveyard in 2018. There are APKs out there for those wanting mobile Evil Dead with authentic voice lines from the movie, but it’s not an essential experience with just a couple of hours of gameplay.

There’s no denying that the very first Evil Dead game has aged about as well as the visual effects in the movie it’s based on, but for a 1984 video game adaptation of a low-budget horror, it’s surprisingly well fleshed out.

Players take control of Ash in the infamous cabin as he looks to stay alive, using weapons like axes to increase his energy so that he’s powerful enough to destroy The Book of the Dead. It’s really about as simplistic as a top-down game from the early 80s gets, but the fact that it actually tries to teach players how it works and does a lot with what little graphical power the systems of the time possessed.

However, it should really be looked at more as a legacy pick, rather than required playing for all Evil Dead fans. Not only is it tough to beat, but it may also be a bit too tough to stomach for those who’ve grown used to games of today. Still groovy, but only just.

2. Evil Dead: A Fistful of Boomstick

A Fistful of Boomstick is a follow-up to Hail to the King and just generally a very fun, if limited Evil Dead game where the survival horror is dropped in favor of more straightforward hack and slash action. Think of State of Emergency crossed with the Necromicon and you have the right idea.

Though released at a budget price, A Fistful of Boomstick actually has a few quality touches that make it a bit of a bargain, including some excellently deadpan delivery from Bruce Campbell and a frankly absurd amount of blood. Players can even upgrade Ash with spells and new weapons, including a gatling gun arm that can also be a flamethrower — oh yeah, it’s an Evil Dead game, alright.

A Fistful of Boomstick didn’t set the gaming industry alight when it released and likely won’t be too amazing for new players today, but it’s nothing if not campy, bloody fun that doesn’t outstay its welcome. It says something that the game now sells for a lot more than its initial launch price on eBay.

The best Evil Dead game is also one that very few people seem to remember existing. Evil Dead: Regeneration keeps the bloody action emphasis of Fistful while telling a completely separate story, this time imagining what would happen if Ash never ended up where he did in Army of Darkness.

Regeneration takes what Fistful did and simply makes it better, with a clearly higher budget helping Cranky Pants Games deliver some surprisingly fantastic visuals for the time, while the customary quips from Campbell give the game a brilliant B-movie energy. Joining Ash this time is Sam, a half-dead dwarf who helps Ash out in combat and puzzles. While Sam’s a polarising addition for some fans, as he can get just a tad annoying, the fact that he’s ably voiced by Sam Raimi’s brother, Ted Raimi, makes Regeneration the definitive Evil Dead video game experience.

Unfortunately, it seems that either not enough people knew about Regeneration or that the franchise simply wasn’t in its best spot back in 2005. Regeneration struggled with sales and seemed to be the last proper Evil Dead adaptation we’d ever get until Saber’s multiplayer attempt was revealed.

Prepare to pay a pretty penny for Regeneration if you want it physically these days, as its low sales matched with its low print means that it’s quite the rarity on PS2 and Xbox. Seek it out and prepare yourself for a very nice, very Evil Dead surprise.

READ NEXT: Ranking the Resident Evil Games From Best To Worst