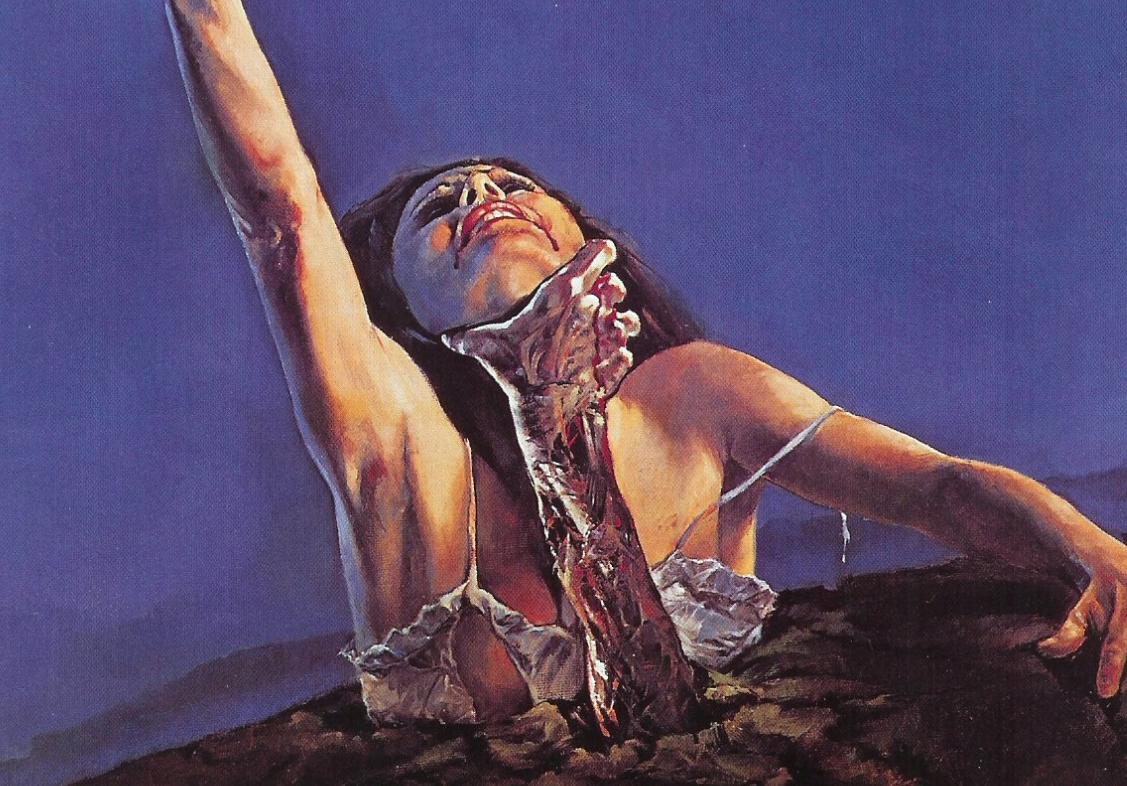 The Evil Dead At 40: From Super 8 Short To Cult Classic

In 1981, director Sam Raimi unleashed on the world what would become his defining work. Splattering on the screen like a Deadite with an axe to grind, The Evil Dead aimed to shock, offend, disgust and amuse. It is a film that has earned its spot in the hearts of horror fans, with its dedicated following spawning multiple sequels, a TV show, a remake, a stage musical, video games and a slew of merchandise.

What started as a low-budget exploitation film grew into a beloved multimedia franchise. The trio of Sam Raimi, his brother Ted and lead actor Bruce Campbell have been entertaining the masses with a blend of extreme violence and dark humour for 40 years now. From modern superhero films to the breakthrough of the Coen Brothers, Evil Dead’s presence has proven to be a cornerstone of contemporary genre filmmaking.

Four decades is a long time for something to remain so current. A fifth instalment of the movie series is on its way, with Evil Dead Rise set to be released in 2022, as well as a new video game next year. So, what better time than to dive into the gore-soaked history of a cult classic?

The Evil Dead started life as a Super 8 short called Within the Woods. Released in 1978, Sam Raimi made the film with the hopes of attracting investors to remake it as a feature. Like the movie it would go on to become, Within the Woods stars Bruce Campbell and his friends trying to survive against demonic forces in a remote cabin. Shot for a mere $1600, the indie short found a small audience in a Detroit movie theatre where it was shown alongside screenings of The Rocky Horror Picture Show.

The plan to use Within the Woods as a means of securing funding didn’t exactly pan out. Raimi would end up contacting every investor he could and begged for funding, eventually managing to pool together enough to cover the film’s alleged $375,000 budget. Embarking on a rough filming schedule with a skeleton crew consisting of family and friends, the 20 year-old director put everyone through what Bruce Campbell described as “twelve weeks of mirthless exercise in agony.”

Those long and painful days weren’t in vain, though. The film attracted interest from distributors and earned praise from horror icon Stephen King, whose enthusiasm spurred on prominent critics to review the feature. Despite censorship, obscenity charges and even outright banning in some countries, The Evil Dead found its audience, generating in excess of $27,000,000 internationally.

Controversy only aided the film’s rise. The Evil Dead’s rare combination of being labelled a ‘video nasty’ while garnering critical acclaim made it a smash hit in the UK. British producer Stephen Woolley saw the commercial potential, backing the film with a large promotional budget and ensuring its success both theatrically and on home video. The networking savvy of Sam Raimi got The Evil Dead seen by all the right people. He had confidence in what he had made, utilising the positive word-of-mouth to build a groundswell of support.

When watching The Evil Dead back today, it’s still a striking slice of cinematic nastiness, with its innovative use of a makeshift steadicam standing out most of all. The camera was mounted to a piece of wood and carried around by crew members to achieve the classic POV shot of the Deadite entity chasing victims. The heavy prosthetics on said Deadites provide a disturbing visage, each actor is caked in grotesque make-up, their voices altered into a shrill pitch. These monsters are genuinely frightening and have remained so for 40 years.

The most interesting element of the original film is its protagonist. We’ve grown accustomed to Ash Williams as a chainsaw-handed, shotgun wielding quip machine. A demon killing badass in the horror canon. But here, in his maiden voyage, Ash is but a passenger for the mayhem. Bruce Campbell plays the character with a meek, almost passive approach. He might be the main character, but Ash isn’t exactly a man of action. He’s in an unbelievable situation and reacts just about as you’d expect: He is terrified and mostly inept.

Of course, the lack of dark comedy relative to the sequels is evident. The Evil Dead doesn’t play things straight, but it’s a cruel affair. The ensemble cast are assaulted without justification because that is how Deadites operate. They don’t even read from the Book of the Dead, they simply press play on a tape recorder.

This cruelty and extreme violence is juxtaposed with slapstick, allowing Campbell to showcase some of his physical comedy skills. A more refined version of this would take centre stage as the franchise developed, but the roots are visible here. On the subject of roots, you can’t talk about The Evil Dead without bringing up its most infamous scene. An evil tree pinning a woman down and raping her serves as a crass inclusion. It speaks to Sam Raimi’s youth as a first-time director – he wanted to create something outrageous with zero regard for censorship or restraint. It continues to be in poor taste and could just as easily be cut, even if it isn’t quite as graphic as you remember.

The Evil Dead is not a film of polish or sophistication. What it is is an experiment in camp brutality. Audiences are not as shocked by its content today, and how could they be? Special effects and acceptable levels of violence in horror are far beyond what they were in 1981. But there is such impressive innovation on display in The Evil Dead even if it feels like a disturbing home movie, some sick piece of work you’d find in the basement of a sadist. This was made in a time when the boundaries were constantly being pushed, a time of The Texas Chain Saw Massacre and Cannibal Holocaust. Moviegoers were being exposed to new, twisted ideas and encouraging them with commercial support.

You need only look around to see the influence of The Evil Dead. Filmmakers like Peter Jackson, Edgar Wright, Drew Godard and Lars Von Trier have incorporated elements of it into their work. The entire horror subgenre of remote cabins being attacked by evil forces started here. The path Sam Raimi’s career took has also proven influential, with his Spider-Man trilogy forming the foundation of the modern goliath that is superhero movies.

Assisting in the Evil Dead editing room was a young Joel Coen, who used Raimi’s idea of making a short to secure funding for a feature with his brother Ethan. This would lead to the making of Blood Simple, creating an unbreakable bond between Raimi and the storied career of the Coen Brothers.

Fans continue to celebrate all things Evil Dead and the franchise has stood up to scrutiny. The charm, humour and violence translate across generations of consumers and critics alike. On this, the 40th year since the world first saw The Evil Dead, it still holds up as one of cult cinema’s greatest achievements. There is only one word that can sum up such a storied lineage: Groovy.

READ NEXT: Ranking the Nightmare on Elm Street Movies From Worst to Best