There's a lot out this month.

It’s hard to believe that it’s already May, but it’s here now and it looks set to match and maybe even meet the blockbuster list of games that launched in April. While many people will still be caught up in completing Nier Replicant and other games that launched last month, some of the biggest new games of May 2021 should rival a lot of the releases from April, regardless of your platform of choice.

From RPGs to horror, multiplayer games and some weird kind of hybrid between a brawler and a dodgeball game, there’s a wide variety of games on offer in May 2021. Here are the biggest releases from the next month on PC, PS4, PS5, Xbox One, Xbox Series X | S, and Switch that you should be keeping your eyes on, so long as they don’t get delayed.

It’s felt like the Resident Evil series has managed to go from strength to strength since the release of Resident Evil 7 in 2017. The remakes of 2 and 3 are some fantastic horror/action games that you should absolutely check out, but Resident Evil Village goes back to the first -person formula pioneered by 7, only with more action and a tall lady. Everyone likes the tall lady.

Once again playing as Ethan, you’re plonked in the middle of a village/castle in the middle of nowhere, populated with vampire women and hairy lycans, armed with just a couple of guns and the desire to survive. Again, it’s definitely more action-focused than Ethan’s jaunt through the swamp, outwitting the Baker family (and losing some appendages along the way), but it looks set to be a defining entry for the franchise.

The idea of a medieval heist game is one that I’m shocked hasn’t been explored sooner, so not only is Hood: Outlaws & Legends an intriguing proposition in that respect, it’s also a competitive multiplayer game to boot. One team of four trying to steal treasure is good, but two teams of four competing to steal the same treasure is a tantalising prospect.

Arguably best described as “Robin Hood if he had a rival gang to deal with”, Hood: Outlaws & Legends sees rebels attempting to stand up against an oppressive kingdom by robbing from the rich and giving to the poor. Unfortunately, your motives aren’t completely altruistic, as you’re looking to win influence and become the most notorious thieves in the land. Hard to claim that title if other teams keep beating you to the punch.

The Mass Effect series has become one of the most well-regarded and celebrated sci-fi RPGs in history, wonky trilogy ending and poorly received Mass Effect Andromeda notwithstanding. Fans have been asking for a remake or remaster to the original trilogy for the longest time, and now EA and Bioware have listened and are bringing out the Legendary Edition, a mix between a remaster and remake.

Containing the first three games in the series, the Mass Effect Legendary Edition includes upgrades and enhancements to the entire trilogy, particularly the first game. The combat in Mass Effect 1 has been overhauled to feel more like the later games, and Shepherd themselves has been upgraded with new customisation options that now carry over across all three games.

The next chapter in Subnautica’s underwater survival adventures on an alien planet, Below Zero takes players to a brand new area filled with new creatures and discoveries to make. Based mostly in a new ice biome, players will have to figure out how to survive amidst the ruins of previous expeditions and try to find out what happened to your sister.

For fans of the original game, Subnautica: Below Zero offers a more of the same approach to its gameplay, only with more tools to use, structures and facilities to build and creatures to either find or run in terror from and even a brand new weather system. Even if you’re a new player, you should find plenty to enjoy in this standalone entry. 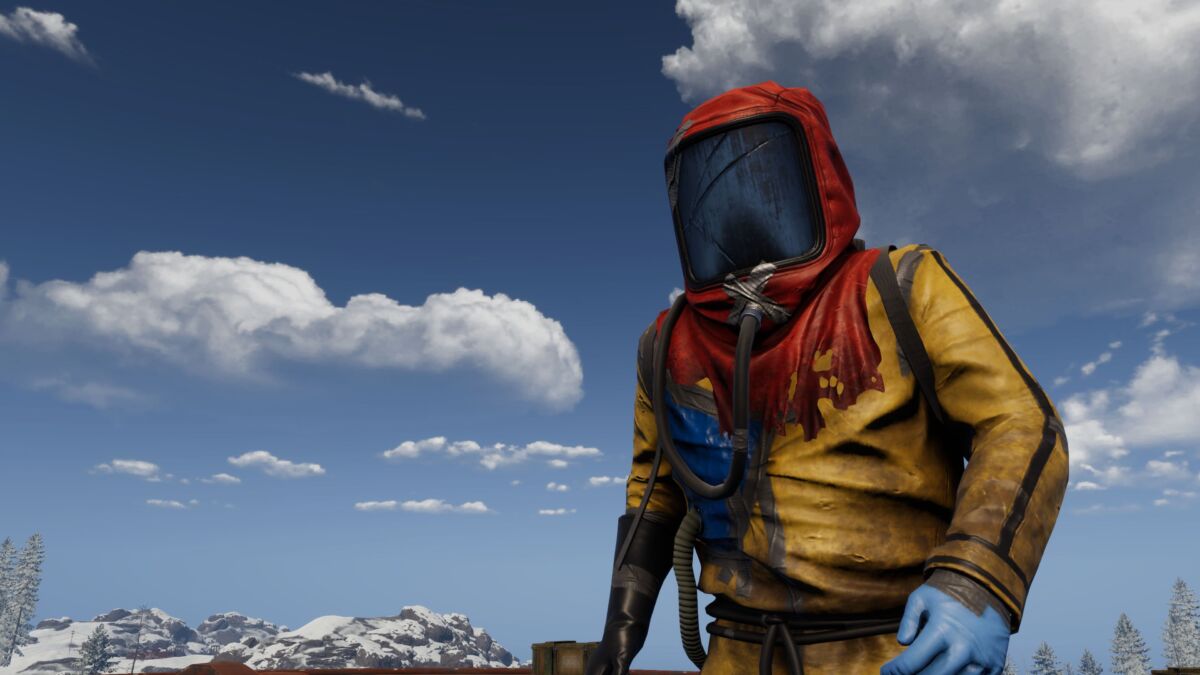 Speaking of survival games, Rust’s primary enemy and reason to survive is your fellow man. Blowing up on Twitch over the past 12 months but with a legacy lasting since 2013, Rust is a post-apocalyptic multiplayer survival game which sees dozens of players attempt to build civilisation out of society’s ruins, only to then find another group trying to create their own civilisation so they clearly have to die.

The Console Edition promises to be optimised with console players in mind, which is ideal considering that PC survival games tend to be quite complex for us feeble controller and console players. That lack of keyboard bindings isn’t great. Hopefully, Rust will find a home for itself on consoles, but don’t expect to be playing much of anything else if you do jump in. That base of yours still needs protecting even when you’ve logged off.

“Dodgebrawler” is a genre type that I can get down with, as Knockout City is another EA take on non-traditional multiplayer games. Those who remember what happened to Rocket Arena will likely hear alarm bells at that alone, but thankfully EA and developer Velan Studios have learned from past mistakes, as they’ve announced recently that Knockout City will be available on EA Play at launch (and subsequently Xbox Game Pass Ultimate).

A colourful and competitive multiplayer game, Knockout City sees teams compete in dodgeball games that take place across futuristic cities. While the Dodgeball movie posited that if “you can dodge a car, you can dodge a ball”, you’ll often have to dodge both in this game. With intricate throwing mechanics that allow for mind games and other deeper mechanics, Knockout City could be a real, long term winner.

Like most months, May 2021 has its fair share of ports and remasters, and Miitopia is no exception. Originally released on the Nintendo 3DS, Miitopia is being given a new lease on life on the Nintendo Switch. We’ve said it before, but the Switch is becoming quite the welcoming home to underrated games from other Nintendo consoles. Now, if we can get an F-Zero GX port/remaster, that’d be grand.

A mix of RPG and life sim, Miitopia true appeal comes from the fact that the characters you encounter in game are actually created by you and your friends, meaning you can cast your best mates or worst enemies as the heroes and villains. Like any group of friends, you’ll even have to manage the relationships between characters, ensuring that everyone gets along so that they’ll work together better during combat.

An ambitious RPG if ever there was one, Biomutant has been “coming soon” since 2018 at the earliest, but the developers over at Experiment 101 have been determined to ensure the game sees the light of day. Finally, in May 2021, Biomutant is ready to launch, and it has all the makings to be an incredible sleeper hit this year.

As a mutant animal, you’re given access to skills and abilities that’ll make you an unstoppable killing machine, whether you prefer to use magic, kung-fu inspired melee weapons or an arsenal of guns. Exploring a huge open world, you’ll meet a bunch of different factions, fight incredible bosses and become the most powerful biomutant since four turtles started eating pizza.

Another HD remaster dropping in May 2021, Shin Megami Tensei 3 Nocturne is part of the series that Persona was eventually spun off from. Nocturne released in 2004 originally for the PS2, and features a high school student who becomes the powerful Demi-fiend after a weird cult triggers an apocalyptic event. Oh, and there’s demons running around, so that’s fun.

The HD Remaster version of Nocturne is based on the Maniax Chronicle Edition of the game, which was released in Japan originally. The remaster as a whole benefits from improved voiceovers, but the deluxe version of the game includes a lot more in the way of extras, such as the Merciful difficulty level and Maniax DLC pack, featuring Dante from the Devil May Cry series.

Fans of Danganronpa will no doubt have already pre-ordered World’s End Club, a new mystery game from the same creators that promises to be just as engaging. A group of schoolkids find themselves trapped in an underwater theme park, forced to take part in deadly games, after their school bus falls victim to an unfortunate accident.

Despite appealing to Danganronpa fans, World’s End Club will not be like the games that came before it, with Kazutaka Kodaka remarking in an interview with Gematsu that: “If you’re thinking that it’s a Danganronpa clone, we’ve already got you in our hands.” The game has already been available on Apple Arcade for a while, but with the Switch release, it’ll finally be exposed to a much larger audience.