The Saints go marching in. 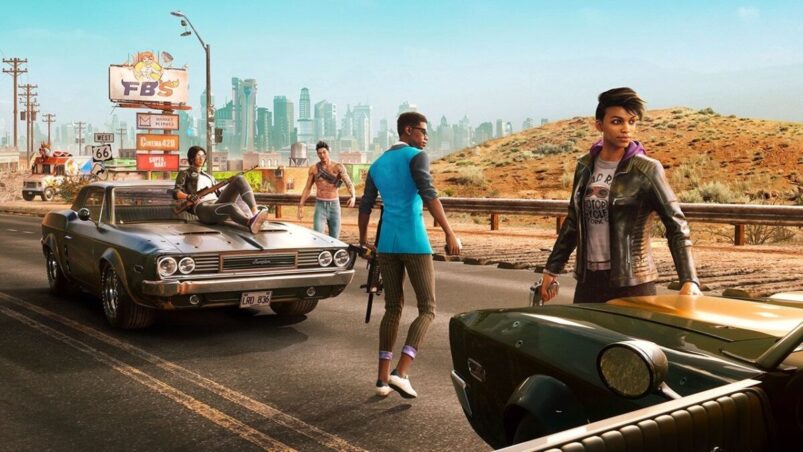 The last month of summer is here, and the annual game release blitzkrieg that occurs during the final few months of the year is upon us. From now until December, the games industry is going to be committing an unstoppable war against your wallet, with a host of fantastic games planned to release. August is no exception, kicking off the annual period with plenty of brilliant titles across all the major platforms.

If you’re a fan of management titles, building a cult, becoming the world’s strongest brawler royale player, or you just want to rule a city with your criminal empire, the experiences on offer this August will be sure to offer something for everyone. Here’s all the biggest new games of August 2022 across PC, PS4, PS5, Xbox One, Xbox Series X & S, and Switch that you should be keeping an eye out for.

Two Point Hospital felt like a welcome return of the Theme series of games; silly management titles that focus just as much on hilarious jokes as they do statistics and spreadsheets. Two Point Hospital has plenty of management gameplay to keep players interested, but it also boasts a great sense of humour too, and with that game’s incredible success comes a sequel, Two Point Campus, which promises to be so much more than its predecessor.

Two Point Campus takes the management gameplay introduced in the first game and applies it to a university, where you’re in control of the courses and facilities offered to the student. From medieval studies to spy work, healthcare and clown college, there’s a lot to sink your teeth into, but you’ll need to get stuck in if you want your academic establishment to be the best in the land.

It’s always the ones that you least expect. You wouldn’t think that a cute and cuddly lamb would be capable of running a fully fledged cult, but Cult of the Lamb makes that premise a reality. As a possessed yet utterly adorable lamb, you must create a cult in the name of “The One Who Waits,” a mysterious and ominous entity who saved your life. Unfortunately, you’ll have to contend with false prophets along the way.

Cult of the Lamb sees you venturing out into a randomly generated world filled with creatures to indoctrinate and false prophets to dominate. You’ll travel through the different biomes, establishing your cult as the one true way by taking down everyone who opposes you, but you’ll also have to keep the followers at home happy too. Not meeting their needs will ensure that you’ve got a revolt on your hands.

Being able to own your own arcade feels like a dream come true, so the premise of Arcade Paradise sounds intriguing from the outset. It’s the 90s, back when people actually cared more about bricks and mortar arcades, and you’ve decided to turn your family’s failing laundromat business and turn it into the most amazing, neon-soaked arcade ever seen. It sure beats washing clothes and emptying the bins.

In order to have a fully functioning arcade, you’ll need the games to play, and while Arcade Paradise doesn’t have any licensed games, it does include 35 fully-functioning games inspired by the games of the era. Whether you prefer vector games or something from the 32-bit era, or anything else in between, you’ll find something to love in Arcade Paradise, especially with up to four player support locally across multiple games.

2022 has seen plenty of non-conventional multiplayer games launch, but the most promising is Rumbleverse, the answer to the question “what if a bunch of wrestlers decided to create a Fortnite-esque battle royale?” As formulas go, a wrestling battle royale is a pretty funny and interesting one, and if the early betas are anything to go by, Iron Galaxy have done a great job executing on that idea.

Rumbleverse sees 40 players entering Grapital City, a massive urban playground where everyone will fight to survive until one player or team is left standing. Scattered around the city are different items like stat buffs, healing items or equippable special moves that’ll make your time in Grapital City that much more fun. As a free-to-play release with more content planned in the future, Rumbleverse is definitely going to be one to watch.

Movement shooters are some of the most satisfying games to play when it comes to the power fantasy of moving fast and kicking ass. However, not many shooters have combined with extreme sports to create something unlike anything else, which is why Rollerdrome is such an intriguing game. If any developer was going to make a third-person shooter on roller skates work, it’d be the OlliOlli devs.

In the year 2030, corporations have essentially taken over everything, and in order to ensure that the public remains compliant, they’re kept distracted by a new bloodsport: Rollerdrome. You’ll rise through the ranks of the Rollerdrome championships on the path to glory, but along the way, you might just discover the true intentions of the Manhattan corporation. With satisfying gameplay and bags of style, Rollerdrome is certainly one of August’s biggest games.

Golf and roguelikes seem like a match made in hell, which is somewhat appropriate considering that Cursed To Golf sees players trying to escape the Underworld through their golfing prowess alone. If nothing else, Cursed To Golf looks set to be one of the most imaginative games of 2022, and given the quality and variety of games that have launched in this past year, that’s a very high compliment.

As The Cursed Golfer, you’re trying to find your way back to the world of the living, and your championship winning shot, by travelling through Golf Purgatory, completing ridiculous holes and courses filled with obstacles and hazards. Well, hazards that are a bit more daft than bunkers and water, anyway. With Legendary Caddies to meet and plenty of items to earn, Cursed To Golf looks like a pretty entertaining game.

Sometimes, in the darkest hour, it takes an unlikely hero to appear and save the day. Midnight Fight Express sees that mantra in action, as you play as a former criminal by the name of Babyface drawn back into the fold at the behest of a mysterious AI drone. This night isn’t like any other night, however, as you’ll find yourself fighting across the city trying to stop a citywide takeover before sunrise.

In Midnight Fight Express, you’ll be able to customise Babyface however you see fit, with an array of costumes and cosmetics. You’ll also have plenty of brawling content to enjoy, with hundreds of motion-captured moves and dozens of levels where you can freely crack skulls. If that’s not enough, you can even replay levels and tinker with the settings to create your own director’s cut fight scene.

August is going to be a pivotal month for Volition, as the developers try to reboot the popular Saints Row brand. Initial response to the game upon its reveal suggested it wouldn’t go down well with fans, but the more that’s been showcased, the more that the classic Saints Row ridiculousness has shone through. Now, it looks set to be the biggest new game of August, and it could either make or break Saints Row going forward.

Like previous Saints Row games, you’ll be playing as “The Boss”, a player created character who’s looking to establish their own criminal enterprise to put a stop to the other gangs that are terrorising the city. Instead of Stilwater or Steelport however, the Saints Row reboot travels to Santo Ileso, a fictional city based somewhat on Las Vegas. Expect glitz, glamour, guns and the ability to throw yourself in front of traffic in the name of insurance fraud.

Not everyone is fit to enter into the cockpit of an F1 car, racing around the track at 200mph for a few hours every other week. That’s an exciting life only fit for those willing to test their mettle at the highest level, but F1 drivers can’t achieve greatness alone. There’s a whole team around drivers that push the talent to be as great as they can be, and F1 Manager 2022 aims to capture that side of the sport more than ever.

The first F1 Manager game since 2000, F1 Manager 2022 aims to allow players to become a boss of their own Formula 1 team. The game will allow players to manage a team throughout F1, F2 and F3, poaching drivers and other talent from lower leagues to work on your F1 team. With a realistic presentation and more control than ever over your own F1 team, F1 Manager 2022 could be the ultimate game for F1 fans who prefer stats over “go fast zoomies”.

Soul Hackers 2 sees two different groups of Devil Summoners at war, one that might threaten the entire fate of the planet. In order to halt an impending cataclysm, two supernatural beings descend into the human world. They were also born in the data stream of information. I don’t know what’s going on either, but Soul Hackers 2 promises great turn-based combat and light social elements similar to Persona, so Soul Hackers 2 could both feel like something familiar and something new.

PS2 and original Xbox owners will likely have some kind of fond memories of the Destroy All Humans! series, so naturally the remake of the first game in 2020 was a welcome return to some gleeful, guilt free sadism. Annihilating humanity as a powerful alien force is always entertaining, so it’s no surprise that Black Forest Games have capitalised on that success with Destroy All Humans! 2: Reprobed, a full remake of the second game.

Destroy All Humans! 2: Reprobed sees Crypto once again trying to subjugate humanity, one city at a time. Instead of just taking down America though, DAH! 2 lets Crypto spread his influence globally, with cities and levels across the world all begging to be levelled by your powerful UFO. With the same gameplay upgrades from the first remake, new upgrades to the destruction engine and all the weapons and features introduced in the second game, Destroy All Humans! 2: Reprobed could be the most ludicrous game of August 2022.

Teenage Mutant Ninja Turtles: Shredder’s Revenge felt like the first great TMNT game in a long time, so clearly it’s never too early to cash in on some positive praise. Teenage Mutant Ninja Turtles: The Cowabunga Collection looks to be the ultimate collection of TMNT’s classic outings, featuring classic games from the 80s and 90s that fans will love. It’s also being compiled by Digital Eclipse, who are the best retro collection developers out there at the minute.