Two Point Campus Feels Like It Has A Bright Future 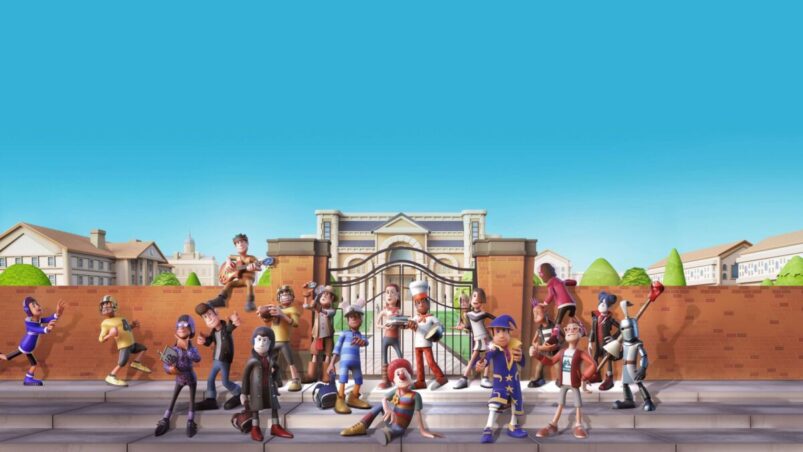 Two Point Studio brought strategy management back in a big way to the hospital setting with their highly successful 2018 release of Two Point Hospital, itself a spiritual successor to the venerable Theme Hospital from the late 90s. This development team shows no sign of slowing down, with them aiming to innovate the series further and reach new heights. Two Point Campus looks poised to be the next big step for the studio in evolving its flagship series.

Two Point Campus is an upcoming real-time strategy management game focusing on higher education and university. Instead of acting as manager of a hospital with dubious practices, the player will take the role of headmaster or president and establish an educational franchise that’ll give prospective students a chance to discover themselves, and perhaps take their money in the process.

Management games can easily become soulless spreadsheet games where you’ll bury yourself in charts, statistics, charts, queue lengths, traffic jams, and so on, focusing way too much on the numbers and not on the people you’re trying to serve. Two Point Hospital was in part such a success in that Two Point Studios largely masked the number-crunching grind with excellent presentation and a great sense of charm and levity.

In Two Point Campus, it looks as though the developers are doubling down on the hilarity, shenanigans, and silliness, with clever writing and an all-around fun sense of humor. The dev team really found something special with the art direction and presentation that gives the series a unique identity that’s unlike anything out there.

From a gameplay perspective, Two Point Campus also looks to address some of its predecessor’s core issues. While Two Point Hospital is an excellent logistics game in its own right, after a while it can feel like a conveyor belt simulator where patients were just dollar signs for the player and not human beings. In addition, cosmetics and visually sprucing up your hospital had only a minimal impact on the overall performance of the hospital.

Two Point Campus flips the management premise a bit and instead of trying to move customers through the system as quickly as possible, you are actually incentivized to retain clients and students. Obviously, it’s still a good idea to expand the operation, but the focus is on how to make sure students stay in the university as long as possible. A big part of that is their happiness and well-being, as satisfied students are willing to pay more for their tuition.

Essentially, Two Point Campus is looking to make the management experience more human-centric. As such, the developers have included a relationship system, where the player can create an environment where students can form relationships with each other, which in turn affects their happiness. Also, cosmetics and the appearance of your university have a ramped-up impact on student and staff happiness compared to the previous Two Point entry, so it feels like taking the time and effort to make effective and beautiful layouts will actually pay off.

Two Point Studios is also expanding the options players have to work with by opening up the construction system, in that you can now physically construct your own buildings on plots of land that you buy. This also involves interacting with the outdoors more to create environments for students to feel comfortable and at home. That said, it still feels that indoor management still takes a bit too much precedence in decision-making and perhaps more could be done to make the outdoors component of university life more meaningful.

Most management games can easily beat grand strategy games when it comes to menus, charts, and stats — Two Point Campus is no different. However, the UI is an area where the developers could perhaps spend the most amount of time to better optimize the user experience and make sifting through loads of information less fiddly and time-consuming.

On the whole, Two Point Campus looks like a game where the developers are aware of their own series’ issues and are working to address them to make an even better experience, while also throwing in major developments to expand player options. It’s also great to see that Two Point Studios is leaning further into their world’s art direction, writing, and presentation, which are arguably the series’ best facets. Two Point Campus looks highly promising and is absolutely a game to keep on your radar.