5 Most Exciting New Books of November 2020 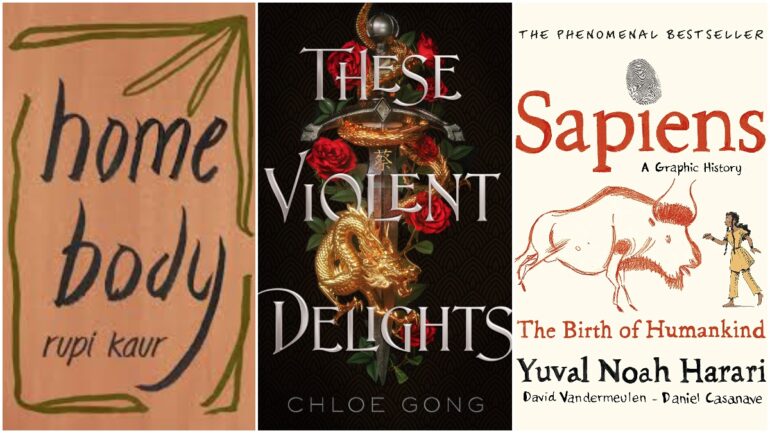 5 Most Exciting New Books of November 2020

Perusing the books up for release in November 2020, I’ve noticed two things. Firstly, of course, the publishers are starting to gear up for Christmas; there are a lot of autobiographies listed for release in the upcoming month. Secondly, November seems a good month this year for fantasy type books. Perhaps something about the colder weather and the longer nights makes readers more likely to curl up with a longer book full of worldbuilding. Here are five of the most exciting books up for release this November.

To start, let’s kick off with one of those aforementioned fantasy books. Holmberg is the bestselling author of The Paper Magician series, and with her capable hand turned once more to a new fantasy setting, it is easy to see why fans are excited, and why Spellbreaker is one of the most anticipated books of the season.

Elsie Camden, an unlicensed magic user, was born with the ability to break spells cast by the type of wizards with that power. She uses her power for good, teaming up with a magic user named Bacchus Kelsey, and learns that she has much to discover about him, her family and her own power.

It is no secret that we here at Cultured Vultures love Yuval Noah Harari’s work, Sapiens, and it is really quite exciting to see that it is being introduced to a whole new readership through a series of graphic novels.

Sapiens is not the first book that you’d think of when it comes to graphic novel adaptations, but Sapiens promises to be a radical reimagining of Harari’s work. He does have an easy to read, anecdotal style of writing, so maybe it isn’t so off the wall to see it in this format. Daniel Casanave, the illustrator charged with bringing Harari’s work to life, has a bold and distinct style that I think will really work here too.

Rupi Kaur is a phenomenally successful modern poet, with her first two collections of poetry selling over eight million copies worldwide. home body is her third collection, and would make a great stocking filler for fans, or maybe for someone that could stand to get into poetry.

People have been drawn to Kaur’s poetry over the years because it seems simple, but that simplicity is, of course, deceptive. She touches on subjects as wide ranging as love, trauma, femininity and migration. She illustrates her own work, and the charming illustrations just add to the feeling that you can open yourself to Kaur as she opens herself to you the reader. From the sample poems available, home body promises to bring more of the same.

Goodreads is very excited about These Violent Delights, Gong’s debut novel. Set in Shanghai in the 1920s, two gangs are doing battle in the streets, and 18 year old Juliette Cai is the heir to the Scarlet Gang. Her rivals are the White Flowers and Roma Montagov, her first love. Yes, if the title didn’t give it away, this is a Romeo and Juliet re-telling.

Shakespearean re-tellings can be a bit hit and miss, but Gong’s work is being called smart and vibrant in early reviews. The interesting sounding monster that seems to drive people mad, and which forces Juliette and Roma to team up before the city is ravaged, sounds like it will be a weirdly 2020-relevent addition to the plot. The early twentieth century Shanghai setting will be a lot of fun too.

Fans have been waiting for the sequel to Cline’s 2011 debut novel, Ready Player One, since it was first mentioned back in 2015. Since then, there’s been a film adaptation of middling success of the first book, and finally Cline has given his fans the long-awaited sequel.

Picking up where the first book left off, Wade Watts discovers one more world-changing technological advancement in James Halliday’s vaults, one which has the potential to make the OASIS even more wondrous and addictive. Wade has a new riddle to solve and a new quest, and a new enemy – one who is going to put humanity at risk to get what he wants.