Moon Knight On Disney+ Is Off To An Excellent Start

Should you watch Moon Knight? The answer is a resounding yes. 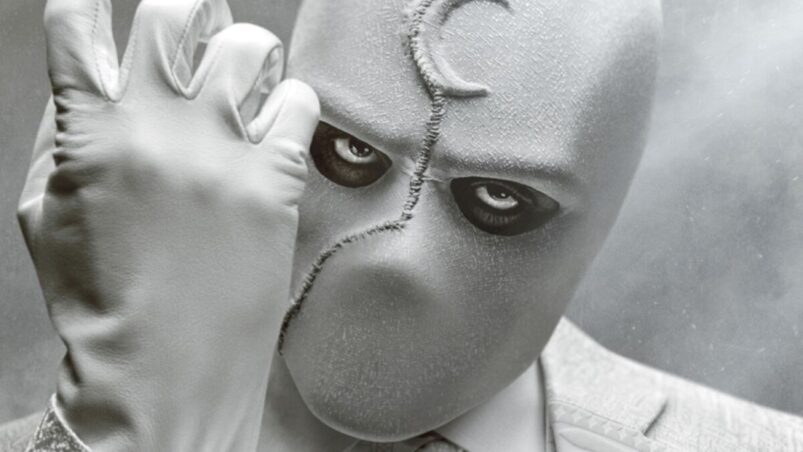 In recent years, it does seem that Marvel’s spin-off TV shows have sometimes been even more entertaining than some of their phase 4 films – don’t come for me Spider-Man fans. WandaVision had such a unique structure, and really explored the concept of grief and the abyss it sucks you into. Loki tackled sci-fi territory, as well as the idea of self-love, while The Falcon and the Winter Soldier went for the more straightforward route of political action TV. They were all entertaining in their own ways and were really the highlight for the MCU in 2021.

This year, we’re starting with Moon Knight, which, unlike the rest, is starting from a completely new narrative. It’s refreshing, since we’ve been dealing with the same characters for quite a while now, so Moon Knight is a welcome change of pace.

The series begins with Steven Grant (Oscar Isaac), a man with much knowledge and expertise regarding Ancient Egypt, yet gets no respect from his boss Donna (Lucy Thackeray) and is forced to peddle souvenirs at the museum’s workshop. Steven becomes aware of the fact that he loses stretches of time, and will often find himself waking in places he has no memory travelling to. It’s on one of these sleep travelling trips that he runs into Arthur Harrow (Ethan Hawke), who is operating a cult devoted to Ammit, a goddess named “the devourer of the dead”. Harrow offers his followers the chance to weigh themselves against Ammit’s scales, and if they are found wanting, they will perish instantly.

Steven is in possession of a scarab that Harrow believes will lead him to the burial site of Ammit, and much like it was in The Mummy, Harrow has thoughts of resurrection on the brain. Ethan Hawke, who hasn’t had a chance to play many villains in his career, is fantastic here. He exudes calmness and spouts ethical assertions, but we’ve seen enough of history to know that any form of cleansing cannot uproot evil in the way he seems to think it will. He also does a lot of character work with his voice, going from a gentle tone to a harsh, strident one whenever the occasion calls for it. It’s almost like he’s mastered the Bene Gesserit’s use of voice.

The main draw is undeniably Oscar Isaac in his dual role as Steven Grant and Marc Spector. He plays both personalities so well: he’s quirky and geeky as Steven, and more assured and confident as Marc. His English accent for Grant’s character is slightly dramatic, but for the most part it works with the tone and humour of the show.

Moon Knight handles all these conversations between Steven and Marc really competently, using mirrors and reflective surfaces to let the two have their moments of dialogue, and editing it in a way that looks as natural as possible. While this show isn’t exactly in the horror genre, there are some set pieces that are truly terrifying, like the chase sequence in the storage facility or hide and seek with a creature at the burial site.

In a bid to protect his wife Layla (May Calamawy), Marc distances himself away from her, leaving her behind as he goes about completing his mission. Layla’s relationship with both Steven and Marc is fascinating to watch unfold. She loves Marc but she can’t stand all the secrets he keeps from her, while Steven is an open book and overt in his adoration of her. Calamawy does excellent work as Layla – she’s a strong female character who can hold her own in a fight, but in a way that feels realistic and not hyperbolic. She’s also resourceful and intelligent, and helps Marc get further along in his quest than if he had done things on his own.

While Marc feels a constant need to ooze machismo, we know that this tussle between him and Steven doesn’t bode well for what’s going on in his mind. He recognises that he’s a broken man, trying to find redemption for his past actions as an avatar to Khonsu (F. Murray Abraham) – the God of the Moon – but in defending the innocent this has led to more blood on his hands. Abraham is pitch perfect here as the voice of Khonsu, showcasing through his voice work the rage and petulance so inherent in the character.

Harrow used to be the former avatar for Khonsu, and it does make us consider a more sinister side to the Moon God, since Harrow’s mission now is certainly a warped and twisted one. Khonsu does seem to have vested interest in what happens to humanity, yet has no qualms chaining to himself an avatar that clearly isn’t up for the job anymore.

It feels especially sad that Marc’s mental health struggles play against him, where his rationality and perception of the truth is called into question because he’s not well, while Harrow doesn’t face the same treatment. The Gods may walk among us, but there is a certain lack of care when it comes to humanity – never have I seen such a lack of due diligence in a court proceeding. That’s the point I suppose, to juxtapose all this effort from Marc against the apathy of the Gods.

Marc’s lack of agency and control is constantly highlighted: he’s in service to Khonsu, his body doesn’t belong solely to him and he has to share it with Steven and there are moments where he does things he can’t even remember. It’s a disconcerting and frightening experience. This culminates in a shocking ending for episode four, in a twist I never saw coming, and one I’ll be thinking about for days until the other episodes roll out.