Memorable Moments: Zemo’s Dancing in The Falcon and The Winter Soldier

The only thing more remarkable than Zemo's transformation from villain to anti-hero is his dancing. 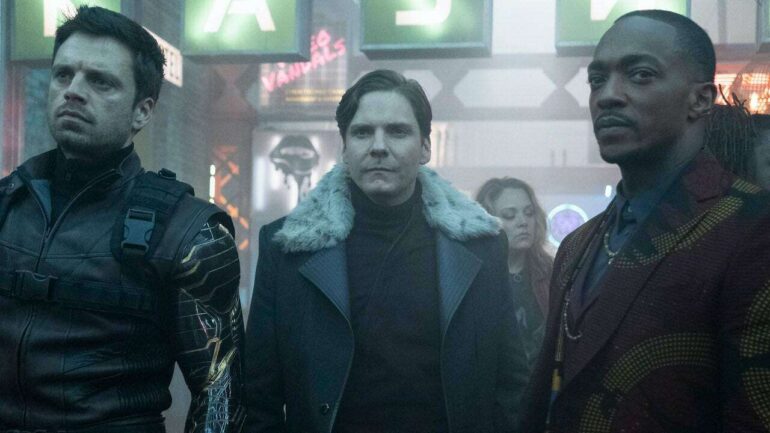 The Falcon and the Winter Soldier

Pretty hefty The Falcon and The Winter Soldier and wider MCU spoilers follow.

One thing I’ve always admired about Marvel is the way they handle their villains. It’s not a simple matter of black and white, with clear-cut antagonists who want to see the world burn. Individuals may be the villain in one movie, and then turn around to have a redemption arc in the next – God of Mischief Loki being the greatest example of this. The same logic applies to our heroes as well, who sometimes, despite their best intentions, may head down a path that creates more chaos instead of good. Think Wanda in WandaVision, or Tony Stark’s decisions in Avengers: Age of Ultron.

Daniel Brühl’s Zemo was clearly a villain in Captain America: Civil War, where he used the codes to control the Winter Soldier, leading to the death of King T’Chaka. He turned the avengers against one another, making them take sides, deepening the fissures that already existed in these relationships. We understood his motivation, that his actions were all to make the avengers pay for the death of his family in Sokovia. But for most of the movie, he functioned as a puppet master, pulling the strings, watching the chaos unfold – as far as villains go, he was quite a non-entity.

So when I found out he was returning for The Falcon and The Winter Soldier, I wasn’t sure what to make of this information. Unlike some of the more likeable villains, such as Loki, Killmonger or even Mysterio, I didn’t really have any strong feelings about Zemo. Daniel Brühl is a fantastic actor – check him out in Rush or Inglourious Basterds if you haven’t already – but Zemo was simply forgettable. What I didn’t expect was how my perspective of him would change, and the excellent job the series did in fleshing out his character, especially since he was mostly there for like two episodes.

After escaping jail (with minimal help from Bucky), Zemo reveals himself to be quite the man of culture. He is stylish (how many robes does the man have?), humorous, and quick-witted. While Bucky and Sam go around clumsily interviewing witnesses, Zemo becomes the pied piper, using turkish delight as a way to buy himself some information. There are numerous instances where he could turn on them, or betray them, but he never does, only sneaking away to avoid going back into prison. Even in the face of temptation, with vials of the super soldier serum just there for the taking, Zemo doesn’t hesitate – he sticks to his ideology, destroys the vials and thwarts Karli Morgenthau’s plans in the process.

This brings us to everyone’s favourite scene, a scene so popular that Marvel created a one hour video of him just…dancing. It’s basically the same scene of him dancing in a one hour loop, but it’s a video that has been viewed over six million times. Why are we so charmed by this scene? It’s not as if Zemo’s dance moves are legendary in any way. Brühl mentioned that he improvised these moves – a fact we pretty much already knew – so it’s not on the level of some insanely well-choreographed dance.

What the scene shows us, and the reason why so many of us enjoyed it, is that it makes Zemo relatable. His dancing is off-beat, fairly awkward, but the man looks like he is having the time of his life. In the midst of all the sleuthing he, Bucky and Sam are conducting, Zemo is able to chill and have fun. It’s so remarkably human and allows us to connect with Zemo – I’m sure many of us have employed many a similar move on the dance floor.

At the same time, the show is quick to remind us that all is not forgiven though, with the appearance of the Dora Milaje to track him down and bring him back to prison. As the series drew to a close, we realise that Zemo’s butler finished what he couldn’t, killing the rest of the flag smashers. Zemo is principled to a fault, there is no gray for him – all super-powered individuals will eventually abuse the power they have, so they must be destroyed. But he was willing to concede that Steve Rogers was an exception, that one can have power and continue to be a good person. During Zemo’s conversation with Sam, when asked if he would take the vial given the opportunity, Sam declines without a moment of hesitation.

We can see that even Zemo is impressed with his stance, and slowly, we begin to see the path the series has paved for Sam. Much like Steve Rogers, Sam is a good man, worthy of the mantle of Captain America, even if he didn’t initially think he could handle it. Zemo’s entry into the series not only made us privy to this other, more groovy side of him, but it also allowed Bucky and Sam to work towards a more cohesive partnership. The Falcon and the Winter Soldier ends with Zemo firmly established as an anti-hero, but in true Marvel fashion, we don’t know if this will change moving forward.

I do know this, though: whatever the plans are for the next era, we need more Zemo.